The 76ers will take on championship favourites Brooklyn in a crucial early season clash. Here's how you can watch.

SUMMARY: Sixers vs Nets is on ESPN and NBA League Pass. If you're a Foxtel or League Pass customer you are all set. If not, your best option is to watch live on Kayo Sports. You can watch for free using this 14-day trial.

It's fair to suggest the majority of the 76ers pre-season chatter has been around wayward Aussie Ben Simmons. His absence from game 1 didn't hurt them though as they toppled the Pelicans 117-97 in a solid display.

The Nets entered this season as strong favourites for the title, but stumbled on the opening day with a 23-point loss to the impressive Bucks. These relatively close neighbours will be eager to win for a lot of reasons when they face off this week.

When is Philadelphia 76ers vs Brooklyn Nets?

Tip-off is at 10:30am AEDT on Saturday 23 October at the home of the 76ers, Wells Fargo Centre in Philadelphia.

How to watch 76ers vs Nets

In Australia, this massive early-season showdown and a host of other big games this year will be on ESPN. Foxtel iQ, Foxtel Now, Kayo Sports and Fetch TV are among your viewing options. You can also watch with NBA League Pass, which shows every game live this coming season.

Overall we think Kayo Sports is the way to go. We have insights here into accessing Fox Sports without Foxtel. We also have a complete guide to the upcoming NBA season.

If you are yet to try Kayo Sports, you can take advantage of its 14-day free trial for new users. After the trial period, a Basic subscription is $25 a month to watch on 2 screens or $35 a month for a third screen. The details are all in our full Kayo Sports review.

Kayo also has a wide range of special features. SplitView lets you watch up to 4 sports at once on the same screen. Interactive Stats, No Spoilers, Key Moments and Kayo Minis are also among the options.

All up, Kayo broadcasts more than 50 sports, including a wide variety of timeless, evergreen content. It is compatible with Macs and PCs, plus iOS and Android devices, Chromecast, Apple TV, Android TV, Telstra TV, Sony Bravia TV and Samsung TV (2017 or later).

Who will win 76ers vs Nets? 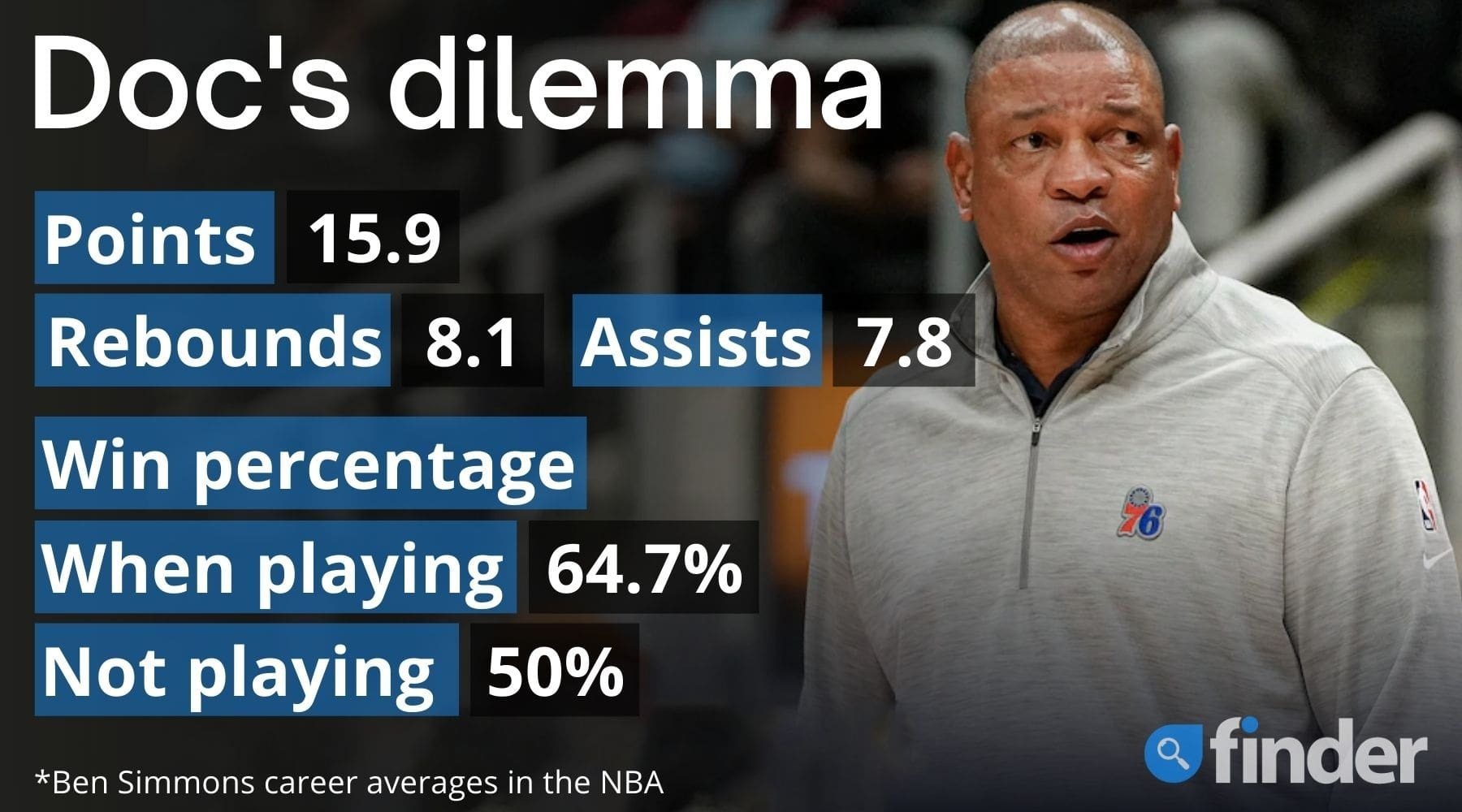 The Nets' season cruelly ended in an overtime loss to the eventual champions Milwaukee in game 7 of the Eastern Conference semi-finals earlier this year. When the 2 sides faced off to open proceedings in the new season it went even worse for Brooklyn, who just couldn't find any rhythm.

Like their opponents in this match, Brooklyn haven't escaped controversy either. Kyrie Irving will be sidelined indefinitely due to resisting rules around mandatory COVID vaccinations. This does mean Aussie Patty Mills will likely play an even more important role for the group.

Over at Philadelphia, want-away star Ben Simmons continues to be the source of frustration and controversy. Coach Doc Rivers said the Australian "is taking the fun out of their season" after being banished from practice and then suspended.

Averaging the best part of 16 points, 8 rebounds and 8 assists per game over the past 3 seasons, his loss will still be felt even if his presence has been a toxic one at times. It remains to be seen whether he is even with the team come tip-off.

The Nets should be able to atone for their first-up loss here against a destabilised opponent.