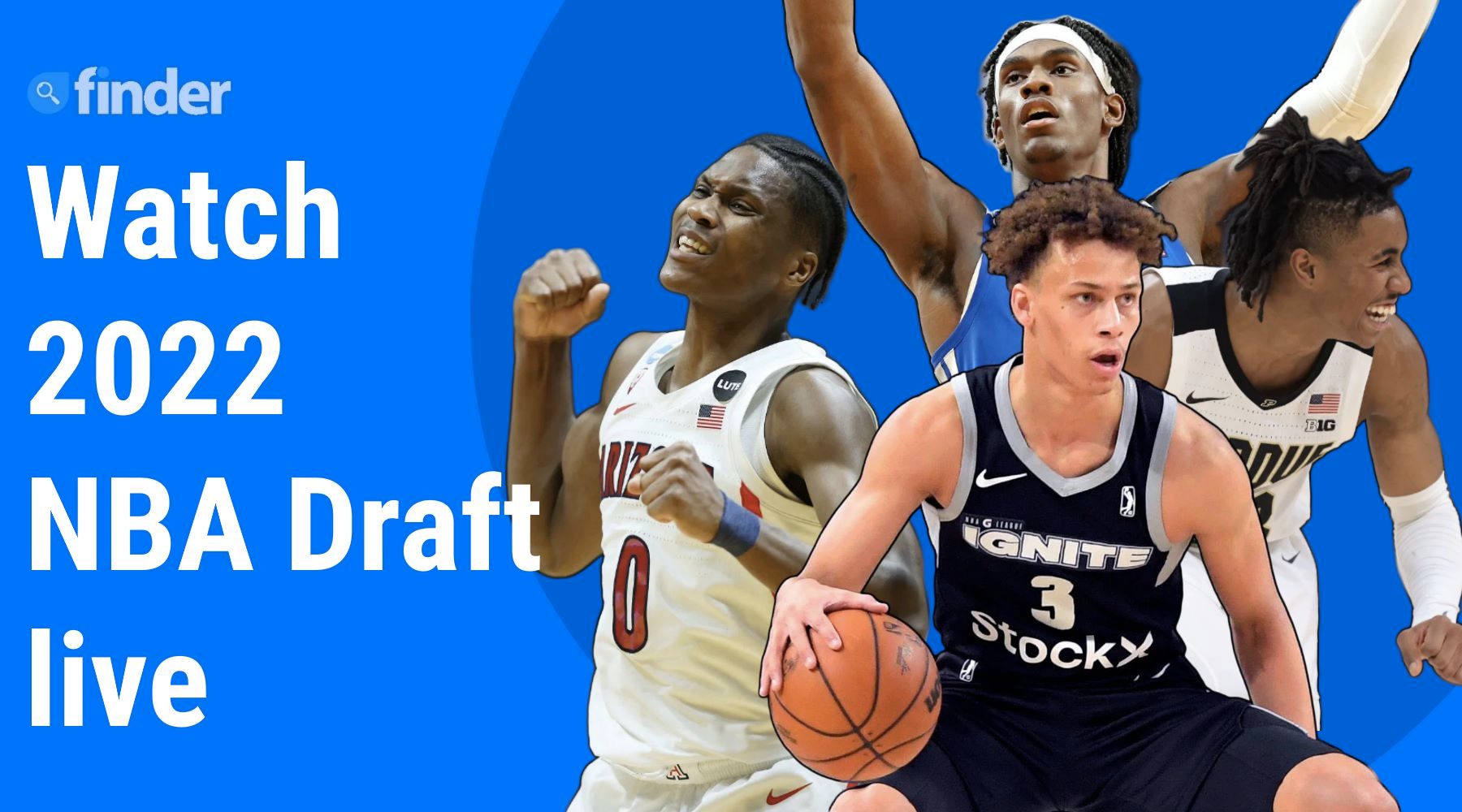 The NBA draft is here with all local eyes on Aussie Dyson Daniels as he looks to live out his basketball dream.

SUMMARY: The NBA draft is exclusive to ESPN and NBA League Pass. Your best option is to watch live via Kayo Sports. You can watch for free using this 14-day trial.

With the dust only just settling on the Golden State Warriors' NBA title, plans are already forming for the next campaign. The NBA draft kicks off this Friday morning with local interest on Dyson Daniels, who is aiming to become the 23rd Australian drafted into the NBA.

Orlando Magic have the coveted first pick in the NBA draft, followed by Oklahoma, Houston and Sacramento.

What time does the NBA Draft start in Australia?

The draft gets underway at 9:30am AEST on Friday 24 June at the Barclays Center in Brooklyn, New York.

How to watch the 2022 NBA Draft in Australia

ESPN holds the rights to the NBA Draft in Australia. To view, your options are Kayo Sports, Foxtel, Foxtel Now and Fetch TV. For those without a Foxtel iQ subscription with the Sports HD pack, Kayo Sports is the way to go. If you have NBA League Pass, you're also able to watch via that app.

If you're not sure who to stream with, we've got a Foxtel vs Kayo comparison so you can decide which one suits you best.

If you aren't yet up to speed with Kayo Sports, it offers a 14-day free trial so you can check out all it has to offer. That means if you're a new subscriber you could watch the NBA draft at no cost.

Kayo boasts more than 50 sports on its platform including other American faves like the NFL and MLB and Australia's own basketball competition, the NBL.

The Kayo One package is $25 a month and lets you watch on 1 screen. The Basic package is $27.50 a month to watch on 2 screens or $35 a month for a third screen on Kayo Premium. You can check it all out in our Kayo Sports review.

Who will be the number 1 pick?

There are a few top candidates for Orlando's number 1 selection in the NBA draft.

Jabari Smith Jr. worked out for Orlando in June, while Chet Holmgren met with the Magic last week and Paolo Banchero has been working out with former Magic guard Mike Miller. 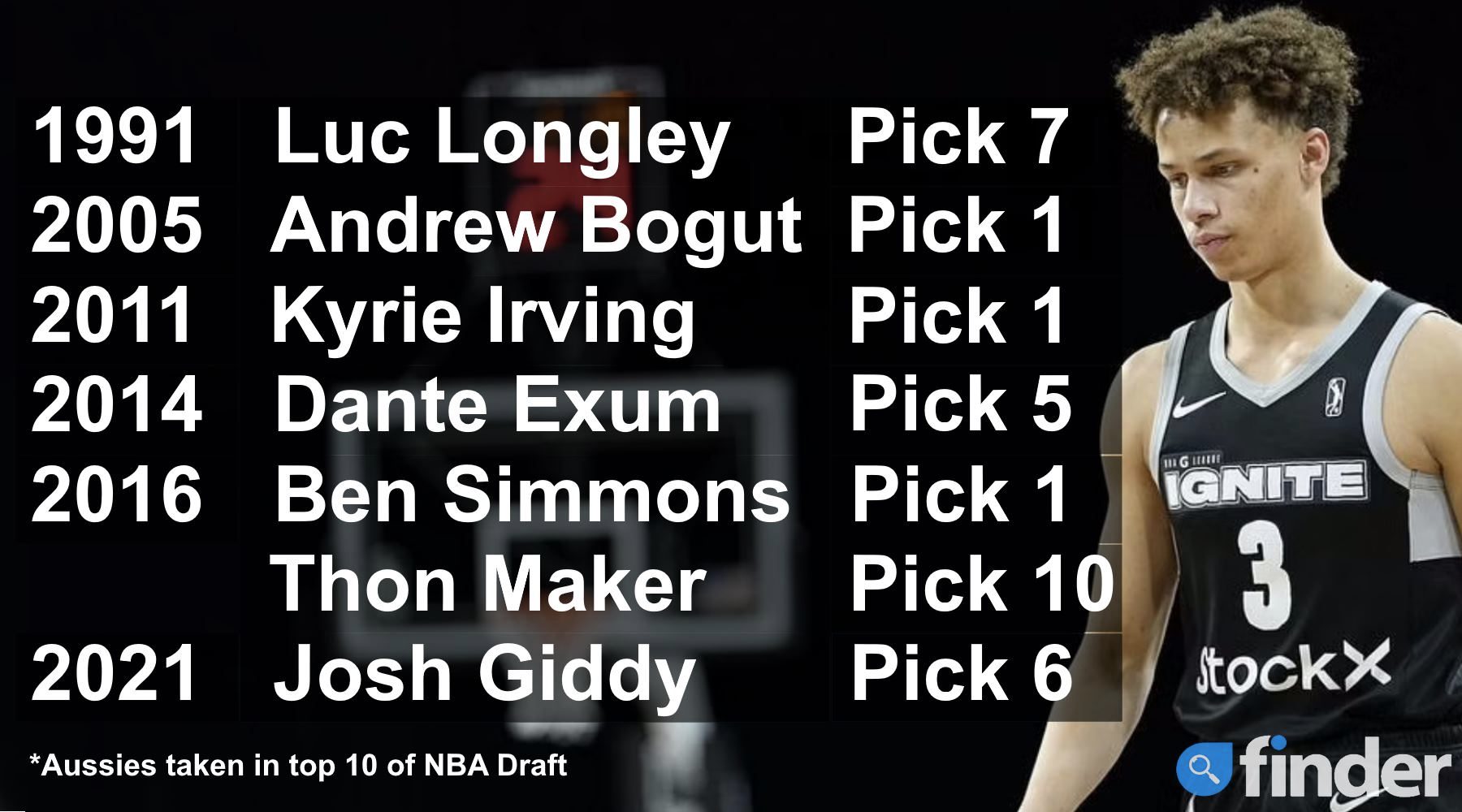 Magic Club President Jeff Weltman hasn't given anything away or suggested whether the field is limited to just those 3 players.

"It's confirmed that there are a lot of talented players at the top of this draft, that's for sure," Weltman said to ESPN. "Dialogue is always ongoing. But, most importantly, we get to do what we want. That's the real benefit of having the No. 1 pick."

Aussie Dyson Daniels is predicted to go inside the top 10 picks.

How does the NBA Draft work?

A lottery system decides the first 14 picks in the NBA draft.

To start with, 14 ping-pong balls numbered 1 through 14 are placed in a lottery machine. There are 1,001 possible combinations when 4 balls are drawn out of 14, without regard to their order of selection. Before the lottery, 1,000 of those 1,001 combinations will be assigned to the 14 participating lottery teams.

Picks 15-58 are in reverse order based on the season's win/loss records. This is similar to what we see in competitions such as the AFL. Usually, there are 60 picks in the NBA draft, done over 2 rounds. But this year, Chicago and Miami both forfeited second-round picks due to a violation of league rules concerning the timing of free agency discussions.

Keen to know about more watching the NBA? Check out our full NBA streaming guide here.