Vulnerable Bitcoin prices give way with abrupt plunge to $9,500 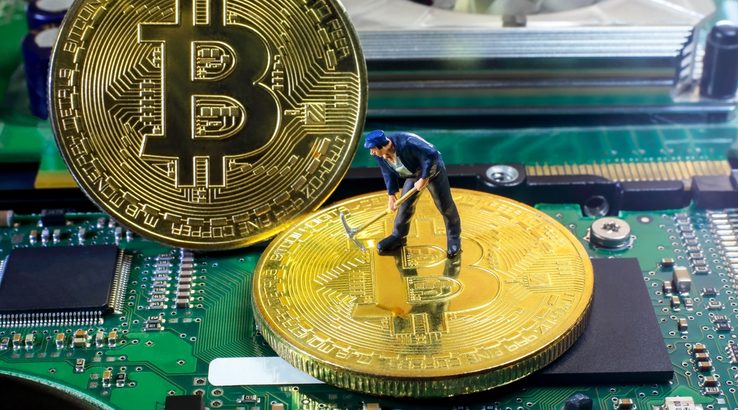 It's not that big in the grand scheme of market disasters, but there may be reason to worry.

Bitcoin prices have plummeted dramatically, with a wave of selling pressure creating an abrupt plunge of 7.25% in mere minutes.

It's remarkably similar to that time a few days ago when Bitcoin rose by 8.5% in mere minutes, but this time it's the other way around or something.

That rise on 25-26 August was seemingly the first time Bitcoin directly responded, in real-time, to current affairs.

The price of the digital currency rose precisely in line with the US president's announcement on Twitter announcement that he would be escalating trade wars with China.

How's that for a sentence you'd never have expected to read?

Correlation doesn't mean causation though, the analyst who first spotted the pattern was quick to note. 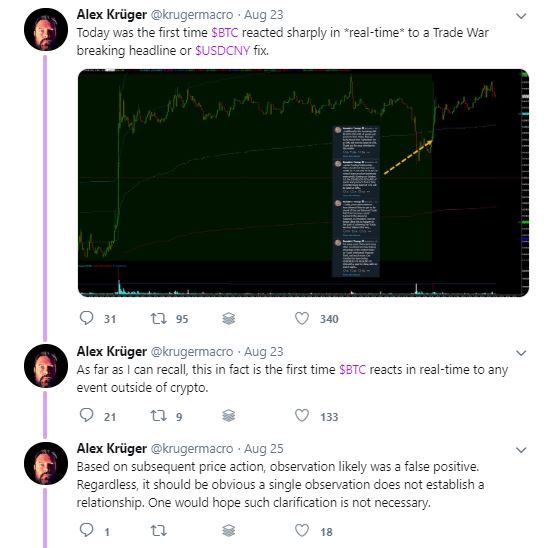 Regardless, it was taken as broad evidence that Bitcoin truly was being used as a hedge against the perils of the trade war. Part of the reason today's price drop is making waves, despite the relatively small size in absolute amounts, is because it could be interpreted as direct evidence against that narrative.

But when we go hunting for a different reason for the drop, we find some more coincidences of timing.

First up, the easily-discounted: Craig Wright has lost the case against the Kleiman estate, which theoretically means several billion dollars of Bitcoin will be changing hands, and potentially sold. It would be a tough quantity for the market to absorb, and people may be expecting a drop based on that.

But there's no real reason it would impact prices. Firstly, the sale would obviously take place over the counter instead of on the open market. After all, it's not like Kleiman is some kind of court-appointed Mt Gox asset liquidator or anything. Secondly there's no guarantee of the coins changing hands in a timely fashion, or even that they exist. The mysterious "tulip trust" which is believed to hold all that Bitcoin is still somewhere between actual and mythical.

Moving on, Skew Research notes that open interest in CME Bitcoin futures is declining, and much the open interest looks set to expire this week.

Some of those positions will be rolled but overall institutional investors have been looking elsewhere in August! pic.twitter.com/GnngLZkhhF

In other words, based on the way things seem to be going in that chart, it looks like your high-end institutional traders, of the kind you'd expect to find at CME, are pulling back from Bitcoin right now rather than embracing it like the "hedge against fiat" and "alternative store of value" narratives say it should be.

Bitcoin has apparently settled into doldrums around $10,000 lately, coming down from an unsustainable high. Everything we can see tells us that CME open interest should obviously be following suit.

Still, the point remains; sophisticated money is stepping back from Bitcoin on CME.

There are two mitigating factors here also worth mentioning:

It's not entirely clear what caused the drop. After all, the market's going to do market stuff. And while bulls obviously want to see Bitcoin move back above that $10,000 psychological level, it's hard to worry as long as Bitcoin isn't eyeing $9,000 from underneath.