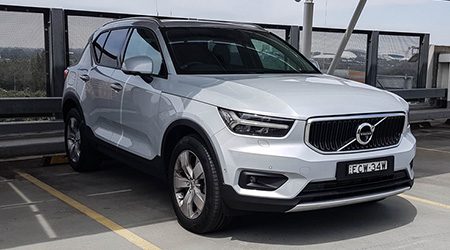 Big safety doesn't have to be XC.

The Swedish manufacturer's styling used to be the butt of many jokes, often with the connotation that the incredible safety of the vehicles was a trade-off for excitement. In recent times though, Volvo has seriously upped its game, introducing a swathe of vehicles that are actually, dare I say, desirable!

There is the new S60 (which looks fantastic), the much-raved-about XC90 and also the XC40 which we have been testing. While it doesn't share all of the aesthetic attributes of the S60, it is leaps and bounds ahead of the styling of old, and a bloody nice car to boot.

On the open road, we initially noticed how light and responsive the steering was. As a result, we were keen to test it out around the city, where we are glad to say it handled with assurance. In Sydney's busy CBD, there were no issues navigating slow-moving, lost drivers, poorly parked cars or random pedestrians. The safety suite in the vehicle came in particularly handy.

We also thought we would try it out in one of the city's notoriously tight car parks, where it passed with flying colours too. This is all thanks to the combination of sensors, light steering and moving mirrors (when in reverse).

Something surprising, though, is the turning circle. It doesn't feel as cumbersome as the number suggests, but it turns in the same radius as a Toyota HiLux.

Another thing we noticed, which was more obvious, was the size of the B pillar. Home to a lot of equipment including those chunky airbags, it does take up a fair bit of space, meaning visibility over your shoulder could be obscured depending on your driving position. The inclusion of blind-spot monitoring helps with this, but it's some food for thought.

Equipped with a Volvo T4 unit, the 2.0-litre turbo-petrol engine produces 140kW and 300Nm of torque, which is more than enough grunt for around town.

When putting the foot down it is surprisingly responsive and gets going quite quickly with power going to the front wheels via a 7-speed automatic gearbox.

In a bid for better fuel economy in this world of emission targets and limits, auto on/off is a feature of the XC40 and should keep the fuel bill down. However, at very low speeds, the car wants to switch off too early, meaning the gearbox makes some weird decisions in order to prepare the vehicle for it; at least, that is what it felt like behind the wheel.

Volvo claims that the package will consume 7.2L per 100km, which means that you should be able to get around 750km out of the 54L fuel tank. 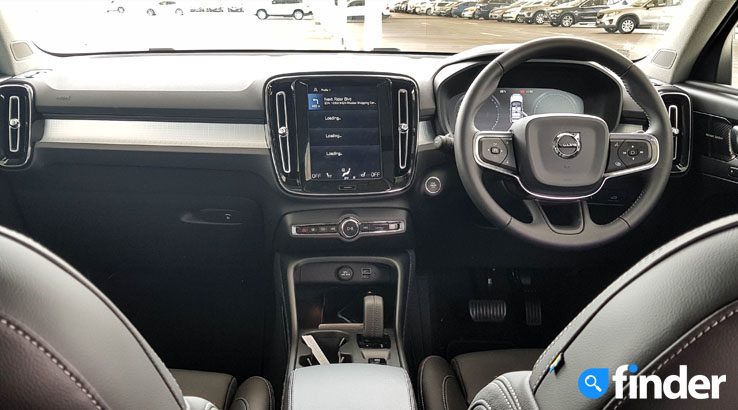 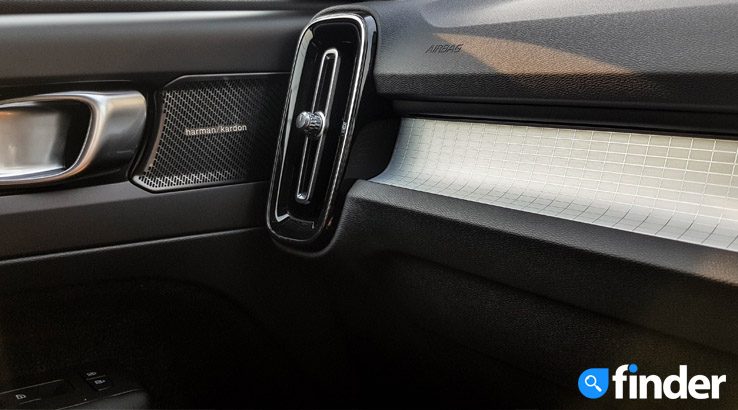 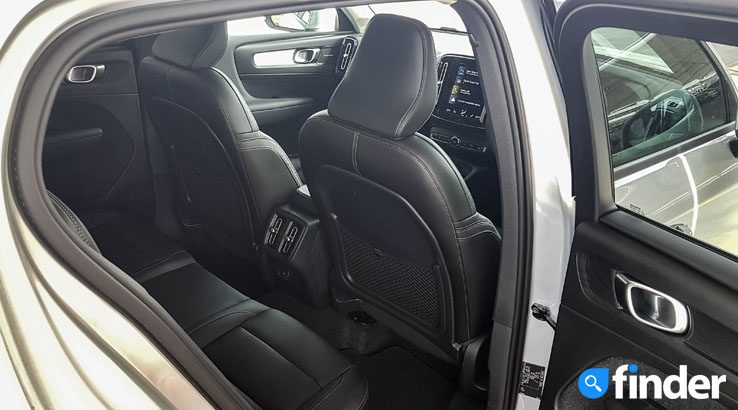 The simple but thoughtfully laid-out Scandinavian interior is calming to sit in. With black leather-look appointment and chequered brushed aluminium throughout, it has a spacious and airy feel to it – I imagine it would be hard to suffer from road rage behind the wheel of one of the Swedes' creations.

Seats are comfortable and fairly easy to set up. The driver gets power-adjustable seats with a memory function and four-way lumbar support, while the passenger gets the same comfortable seat, but will have to adjust it manually.

The infotainment system looks more like an iPad with a 9-inch vertical touchscreen and single home button. It runs a simplistic skin that is easy to navigate and interact with. If you connect the system to the Internet through your phone, it also supports apps like Spotify, Weather and Yelp.

Apple CarPlay and Android Auto are also available if you prefer these; however, it will only assign a portion of the screen to display the interfaces. And while we are talking about XC40 integrations, Volvo has managed to get some speakers from Harman Kardon – 13 to be exact – which means there will always be premium sound quality on tap.

There is also a convenient wireless charging bay underneath the 9-inch touchscreen unit.

Sitting in the back there is plenty of legroom with the driver seat set up for me (6 foot); the second row is quite comfortable too, although I didn't spend too much time travelling in the back. There are two cup holders in the fold-down armrest, as well as storage space in the doors and an elastic net on the back of the two front seats.

Our test vehicle also had a number of options specified on it, which made it that much more comfy:

One of the features, which I thought was particularly impressive here (surprisingly), was the active bending headlights, which you can see operating at night. The lights respond to steering input and turn with the vehicle – noticeably. It is a useful feature.

The standard safety inclusions on the XC40 are insane – this is the bit I have been looking forward to telling you about. As standard you get a number of packs.

There is a lot to digest there, I know. But I would like to draw your attention to a few different features, first of which being the adaptive cruise control, which is fantastic. On some vehicles the system can be quite aggressive and dramatic, jumping on the anchors if a car moves in front of you in flowing traffic. The Volvo system manages this considerably better, easing on the brakes instead.

Then there is the 'Pilot mode' which, when activated virtually turns the Volvo into an autonomous vehicle. It is really good, however it does require both of the driver's hands on the wheel, for obvious reasons.

So yes, it is safe, matching Volvo's long-standing reputation. 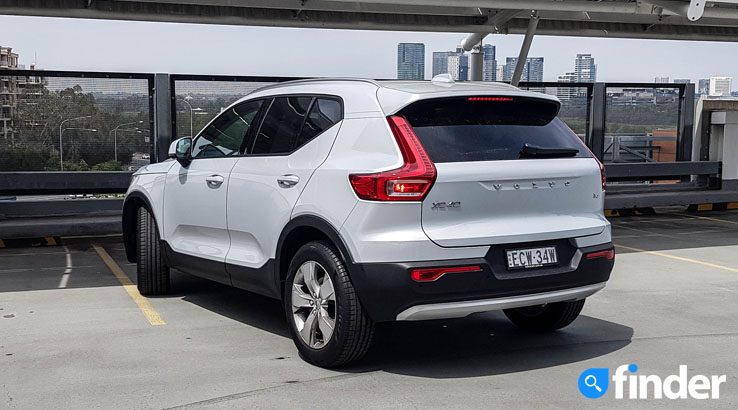 Is the Volvo XC40 practical?

As mentioned, there is ample space in the back, as well as ISOFIX mounting points on the two outboard rear seats. There should be more than enough room to install two child seats and have space to spare.

Storage-wise, the XC40 has 460 litres of cargo space with the rear row in position. With the 60/40 split-folding seats laid down, there is 1,336 litres on offer.

Given its smaller engine and 1.6-tonne mass, it has a respectable 1,800kg braked towing capacity. However, we are sure you will go for something a bit bigger (like the XC90) if you are towing often. If you want more information on towing, check out our caravan towing considerations guide.

Although it has a relatively large turning circle, it doesn't really feel like it, even in tight spaces. Not to mention there is automatic parking pilot (an option) which makes parking a breeze for those who may be less confident.

I think the surprising thing about the XC40 is just how much I liked it. Being a 27-year-old rev-head, you can often hop in cars like this and feel fairly indifferent, but the Volvo was comfortable, classy and enjoyable to drive.

If you are looking for a nice, safe, compact SUV to cart the family around, it would be well worth considering the Volvo XC40. It looks great, rides fantastically, has plenty of space, and more importantly is packed full of safety technology. Volvo is renowned for building some of the safest cars on the road and the Volvo XC40 is no different.

Interested in reading more reviews? Check out the car reviews section of Finder.