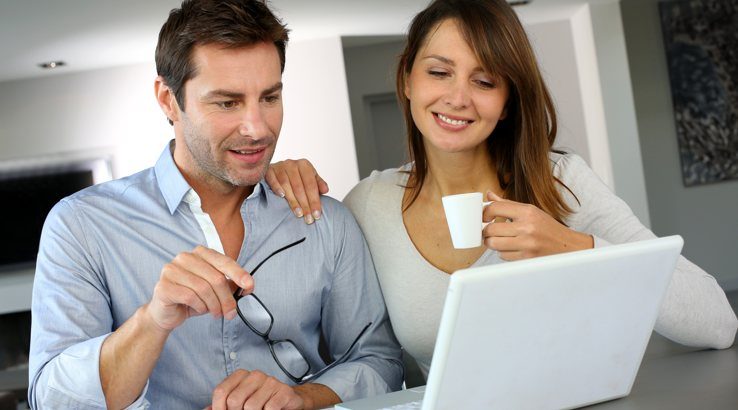 We talk to Vodafone's Broadband Services manager about why NBN customers don't care about technology, but do care about communications.

It feels like it's been a long time coming, given that Vodafone first announced it would launch NBN services back in late 2016 before announcing pricing mid-year and the fact that it would use its own 4G network as the effective fallback while customers waited for connections to be finalised.

Vodafone has today announced that its long-awaited NBN plans are now available to order for customers in the Sydney, Canberra, Melbourne, Geelong, Newcastle and Wollongong areas only.

Talking to finder.com.au, Matthew Lobb, General Manager of Broadband Services at Vodafone Australia stated "Customers don't care about the technology that connects them. They just want to be connected. We're launching with this footprint today, but we will expand out to other parts of capital cities and regional centres."

Vodafone isn't offering fixed wireless or satellite NBN connections just yet, but if you're in a fixed-line NBN-ready premises in those locations, you can opt for a Vodafone plan from today across any already live fixed line technology.

That includes HFC NBN but only if it's already active, given NBN Co's move last week to halt further expansion of the HFC NBN rollout.

The company did have pilot customers on HFC, and Lobb admits it was a challenging job getting them connected. "When we did our pilot we did find HFC a more challenging connection," he said. "We welcome NBN's decision to halt the rollout. It's better to delay because the customer experience should come first."

One factor that Vodafone changed as a result of its NBN trials was how it handled its 4G fallback service. Initially, the 4G service would only kick in once a fault was identified. "Initially we thought we should do some troubleshooting before putting it on," said Lobb. "But now it'll auto fallback and connect to the 4G; then we'll do the troubleshooting and look to fix the NBN after that."

Vodafone's supplied Wi-Fi Hub offers 30 days of 4G connectivity if NBN services drop out, but Lobb is keen to point out that this is an emergency fallback only, not intended as a replacement service. "4G is a backup; a short-term solution. Usually, fixed line is going to offer a customers faster speeds," he said.

While the wording of Vodafone's plans suggest that 4G can be used for a maximum of 30 days in case of a line fault, Lobb stresses this is all about getting NBN services back on track.

"It's very much about making it a short-term arrangement. If there was a case where a customer was offline for more than 30 days we would discuss with the customer to make sure they're happy. During the trial we have had some connections that have taken longer than that and in those circumstances we continue the 4G service."

As it does with its mobile plans, there's a strong focus on customers being able to gracefully exit without major penalties, including a 30-day network satisfaction guarantee. Lobb stated that Vodafone's research and experience in its NBN trials led it to realise that many NBN customers were concerned about signing up for a service that might not meet their requirements. "We didn't want customers to feel constrained by an agreement," said Lobb.

Lobb also stated that Vodafone will be working to implement the ACCC's guidelines around realistic NBN speed advertising, but that this would only come after more data was available to Vodafone so it could realistically portray its speed capabilities.

"We're working to align with ACCC guidelines," he said. "We intend to be a high quality provider. Network dimensioning and quality is important to us. We'll be undertaking testing, including individual lines, and make determinations about our typical speed capabilities. That's a work in progress."

Lobb states that it's been quite a solid learning curve for Vodafone, a company that hasn't offered fixed line broadband in Australia previously. "Fixed broadband is very different to mobile," he stated.

"There are a number of areas you need to get right. There are a large number of permutations. Customers want to stay connected and they want to understand the timing, and when and how that'll happen."

"Telcos tend to talk technologies and problems and don't talk about solutions. We spent a lot of time in the pilot speaking the customer's language about what was actually happening."

Vodafone actually announced its plan pricing back on 22 August, with just four simple plans at each speed tier. They're also available as business plans, but you'll need an ABN in that case and the basic 12/1 plan is not offered as a business product. As an introductory offer, and for any customer who signs up before 31 January 2018, the first three months of any 24-month contract are free of charge.