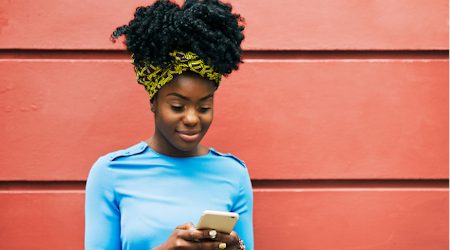 The company's 5G network has just gone live in Australia, so far in limited areas, but its 5G ambitions are truly global.

While Telstra and Optus already have functional 5G networks in place, Vodafone has been running rather late in delivering 5G network services to consumers – at least up until today.

This morning, Vodafone announced that it has switched on its first 5G site in the Sydney suburb of Parramatta, with plans to expand out to 650 sites as part of its first phase of 5G rollouts. It means that the Vodafone 5G network is technically live in Australia despite the telco not actually selling 5G devices yet.

Not that you'll have to wait all that long, because Vodafone's sales of the Samsung Galaxy S20 5G-capable phones kicks off tomorrow.

Vodafone might be last to market, but it's pitching itself as a more affordable option in a couple of key areas.

In a statement, Iñaki Berroeta, Vodafone's CEO said, "When 5G arrives to our customers with 5G devices, they will get 5G network access at no extra charge."

While it's feasible that Vodafone could introduce 5G extra charges down the track, given its mobile plans are all effectively month to month offers, it would be a hard sell for consumers if they've grown used to having access to higher speed mobile data with no additional charges.

While its initial footprint for 5G is tiny today, Vodafone's plans call for rollouts in its first phase through Sydney, Melbourne, Brisbane, Adelaide, Perth and Canberra. Although it does note that it's only going to offer coverage to "parts" of those cities, which would closely mirror what we've seen out of other 5G-capable carriers. It does take time to modify existing network towers for 5G coverage, so that's reasonable enough. There's no sign of Vodafone lining up to offer 5G in either Darwin or Hobart just yet, or for that matter regional areas of Australia.

The other big difference that Vodafone plans to bring to its 5G offerings to distinguish it from its Australian rivals is in global roaming. Vodafone already has its market-leading $5/day global roaming offer for postpaid customers across most popular destinations, and its medium term plan is to include 5G access in short order.

Vodafone's announcement of 5G availability states that it intends to offer 5G access to its customers in Spain, Germany, The United Kingdom, Italy and Ireland soon.

"In the coming months, we will be leading international roaming into the next generation of mobile technology by combining the great value of our $5 Roaming product with a 5G network experience in five of Australia's favourite travel destinations," said Berroeta.