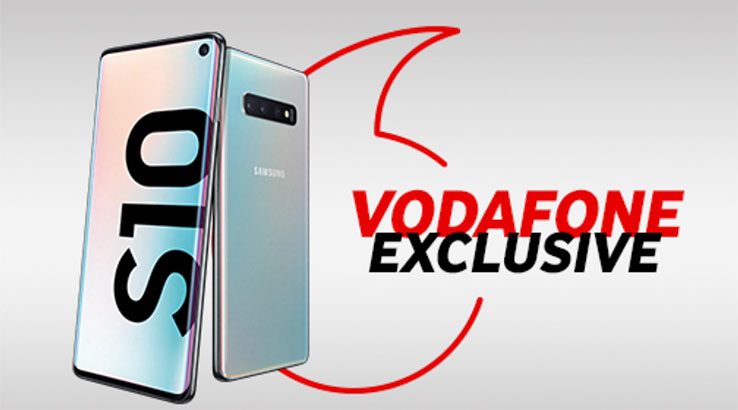 Vodafone's offering up to $650 on selected handsets if you trade in against a brand new Galaxy S10, but is this a deal you should jump at?

Vodafone has instead launched a new promotion, which will run through until 20 May 2019, where you can trade in an eligible handset for up to $650 off your contract costs. That could be a great saving, but it's worth looking at the fine detail to ensure that you're actually getting a good deal.

Which handsets are eligible?

At this stage, Vodafone is running the promotion as an "upgrade your Samsung phone" deal, because only Samsung phones are eligible. Specifically, Vodafone states the following handsets and values apply:

However, to qualify for those prices, your handset must be in "good working order".

What does "good working order" mean?

Vodafone's own definition of "good working order" is as follows:

That's actually a pretty standard definition of "in good working order" for most trade-in deals.

Vodafone does note that "Valuation and Trade-In Value vary depending on condition of your Eligible Device, and is subject to change", so it's feasible you may be quoted less for your handset.

Can I do all of this online?

You can apply for a new Samsung Galaxy S10 contract online, but for the actual trade-in part of the deal, you've got to take your handset into the nearest Vodafone store.

Are those good values for those phones?

It depends on your precise needs. Taking the Galaxy S9 64GB pricing, for example, $650 isn't a bad value to put on that phone relative to the kinds of prices we've seen it going for recently as a direct purchase option. Mind you, $650 for the 256GB option is rather less compelling, especially as the storage variance does make a difference if you're trading in a Samsung Galaxy S9+.

However, you've got to balance that against the fact that you're talking about a phone that's logically only a year old at most. Financially, it might make more sense to hold onto what is still one of the best phones you can buy for another year and make the most out of your existing handset investment. Our general advice remains that it's smarter financially to keep a handset for at least two years before upgrading.

The reality with older Android handsets is that their value does plummet after only a short time, and you may find the convenience and pricing on Vodafone's offer a good value proposition.

Do I have to be on a Vodafone contract?

Yes, you do, although not necessarily for all that long. Vodafone very much splits out its contract and handset costings for its plans, which allows it to list very low "minimum" contract terms for all its plans, because they're essentially full cost of the phone + 1 month minimum contract terms. However, there's not much of a discount on the phone price that way, as there is with other carriers.

When do I get my trade-in cash?

Here you've got a choice, although it's worth noting that what you're getting isn't, strictly speaking, cold hard cash.

It's credit against your bill, which you can either have applied immediately to your next bill, or split out against the 12, 24 or 36 month term of your new Samsung Galaxy S10 contract.

What happens if I cancel my contract early?

As with any other Vodafone mobile phone contract, you'd have to pay the remainder of the handset payments due on the phone along with your final bill in full.

However, if you do that, Vodafone notes that trade-in credit "is not refundable or transferable. If you cancel your Eligible Plan, any remaining Trade-In Value will be credited back into your Vodafone account".

So you would end up with a Vodafone account with credit in it to use for other services, but it doesn't suggest you'd be able to use that credit to help pay off your new phone if you left outside your 12, 24 or 36 handset contract terms.

Can I get my phone back if I decide I don't like the Galaxy S10?

Part of the trade-in deal is that the ownership rights are actually passed over to a third company – in this case it's IT distributor Ingram Micro – with Vodafone acting on their behalf. Sign it over, and it's no longer your property to reclaim.

So is this a good deal?

It could be if you've already got an existing Samsung handset gathering dust in good condition, and you were already considering a Vodafone Galaxy S10 contract. Vodafone's pricing is pretty sharp for mobile phone deals, and bringing those prices down isn't a bad idea.

However, it's definitely worth considering all your plan options before diving into a trade-in deal, including whether you might make more selling the phone yourself, saving it as an emergency backup or by simply gifting it to a family member or friend.

You can compare every Samsung Galaxy S10 plan in Australia in the table below to help you make the smartest buying decision relative to your needs.