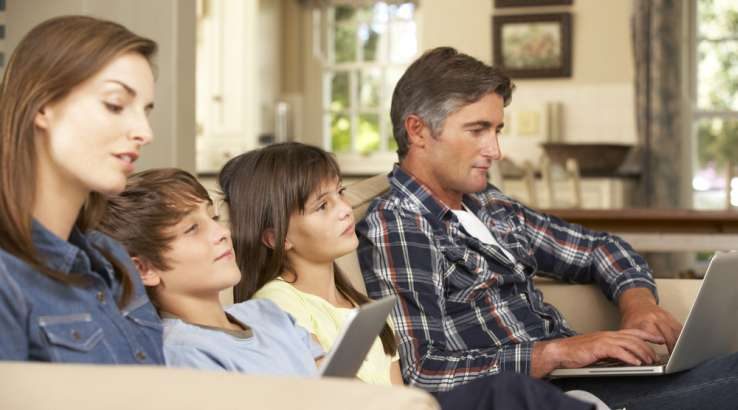 No break in service might prove to be a crucial differentiator in the tough broadband market.

Vodafone has announced a clever strategy for customers of its National Broadband Network (NBN) broadband service, due to launch before the end of the year: while you wait for your NBN to be activated, you'll be able to connect via a Vodafone 4G SIM so you're not left without any Internet connection.

Let's be frank: Vodafone is taking its sweet time actually launching its NBN plans. It announced its intention to offer NBN broadband in October last year. In May, Vodafone started taking expressions of interest from customers, but it still won't offer a launch date beyond "before the end of 2017". (By way of comparison, amaysim took 10 months between announcing and selling its NBN plans, hardly speedy but Vodafone has already taken longer than that.)

But now we do have one interesting new detail: a free 4G connection while you're waiting for your NBN connection to be set up. Vodafone will achieve this by including a built-in SIM in its Vodafone Wi-Fi Hub, which will be supplied to all broadband customers. You'll be able to use this to connect to Vodafone's 4G network while you wait for your broadband service to be activated, a process which typically takes between 2 to 4 days. Once the NBN is active, you'll automatically be switched over. 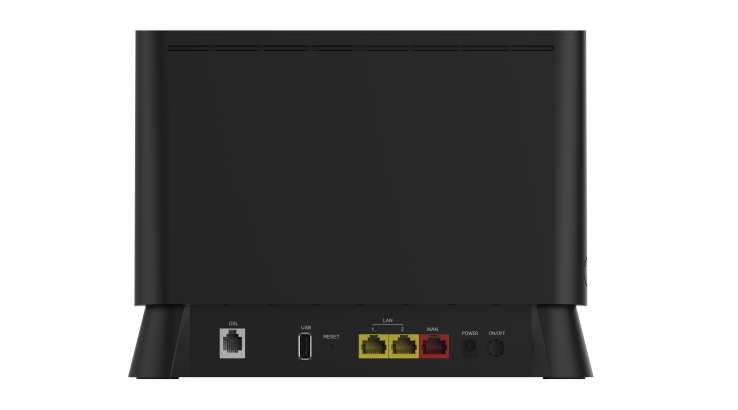 That doesn't mean you'll get completely unlimited access to a 4G broadband service (reminder: no-one does ongoing unlimited data for mobile plans in Australia). The service will be capped as 12Mbps for downloads and 1Mbps for uploads, which is the same as the slowest NBN tier but slower than 4G often achieves in practice. There won't be any data download limits, but there will be a time limit (more on that in a moment).

Vodafone's GM for fixed broadband Matthew Lobb tells finder the speed restriction is a conscious decision to make sure that its networks aren't swamped by demand from NBN customers. Given that I fully expect that existing Vodafone customers will be a big chunk of its initial NBN base, that seems wise.

The SIM option will also be available if there's a fault detected on your NBN connection. Whether it's for a new connection or a fault, the SIM will be limited to 30 days use. As Lobb explains, if you're unlucky enough to have an NBN fault or connection issue that lasts for more than 30 days, you'll want more than a backup SIM to placate you.

While you'll be able to bring your own modem if you really want to, every customer will be supplied with the Wi-Fi Hub. Lobb says Vodafone is examining the market for smarter devices with built-in streaming software (along the lines of Telstra TV or Fetch TV), but wants to ensure the basic service works well first.

While the pricing details will matter a lot, this is a clever move on Vodafone's part. One of the biggest challenges for any NBN provider is differentiating yourself, since the connection the customer is buying is the same no matter who they use. Offering a SIM as backup is one way to stand out from the crowd, especially since it means you can avoid the usual horror story of having no Internet connection at home while you wait for activation. Vodafone says thousands of customers have already registered interest in the service, which tallies with earlier research from Roy Morgan.

We still don't know what Vodafone will charge, whether it will offer no-contract plans, and which speed tiers it will focus on. I've speculated before that Vodafone might emulate its MyMix prepaid plans and let people customise their inclusions.

With every single customer being shipped the same modem, a contract approach with less variation now seems more likely. We'll see when the actual plans emerge. But Vodafone's latest move might put pressure on Telstra, Optus and others to offer similar arrangements, which wouldn't be bad news for anyone in the broadband market - which is, in effect, everyone in Australia once the NBN arrives in your neighbourhood. Telstra does have a similar arrangement with its Gateway Frontier Router, but doesn't offer that on every single one of its plans.

In the meantime, if you're feeling geeky, here are the key specs for the Wi-Fi Hub, which is being manufactured by Technicolor: