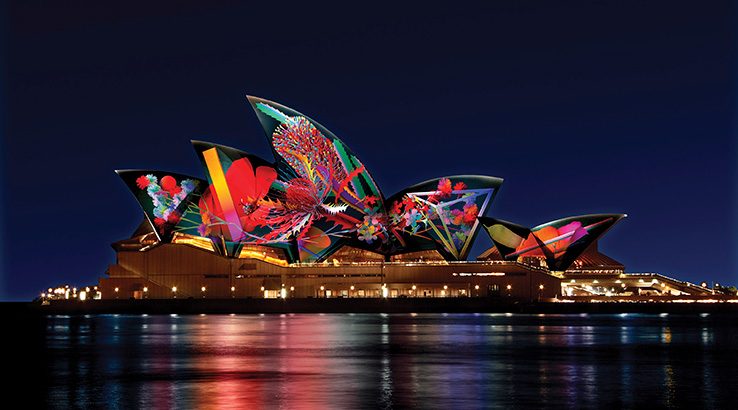 This year's iconic Lighting of the Sails is created by Australian artist Jonathan Zawada.

Vivid Sydney has launched its 2018 program with the promise to be bigger and better than ever. Now in its 10th year, the world's largest light festival will run from 25 May - 16 June 2018 and feature innovative new displays in and on Australian icons such as the Opera House, the Customs House, the Museum of Contemporary Art and the Royal Botanic Gardens.

In line with "bigger and better", two new precincts have been added to the bill. The first is Luna Park which will light up with a smile (pardon the pun) as it's dressed in a large-scale projection of Coney Island. The amusement park's Ferris wheel is also set to make its Vivid debut and will be lit for the event following an LED refit. 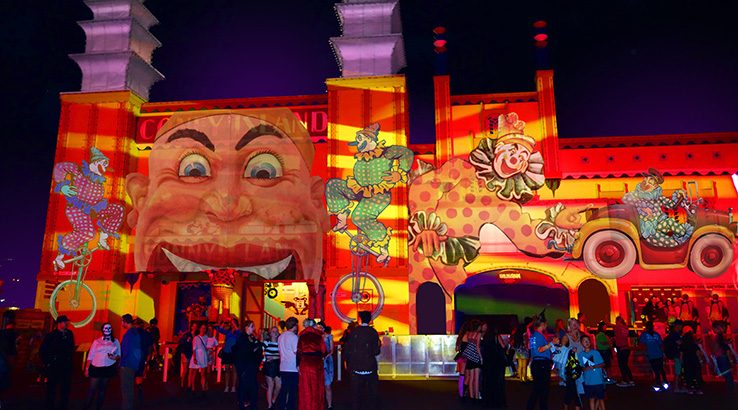 The second precinct/building making its debut is Government House. Sitting alongside the Royal Botanic Gardens and its iconic nature-inspired Vivid sculptures, it too will be lit up with a 3D large-scale mapped projection.

Inevitably though, Customs House is destined to steal the show, leaping straight into the hearts of nostalgic Australians with its ode to Snugglepot and Cuddlepie as the books celebrate their 100th anniversary. The nostalgia runs even deeper as the display will be narrated by Australian icon Noni Hazlehurst of Play School fame. 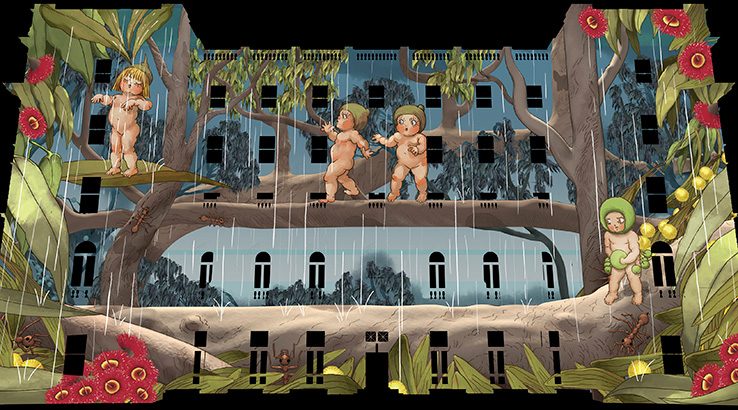 Suffice it to say that a 10-year birthday would not be complete without a cake, and to celebrate, Vivid Sydney has enlisted MasterChef Australia to transform the ASN Co. Building in The Rocks into a scrumptious spectacle.

Named the Mystery Gateau, the illumination oversees mini construction-worker chefs taking on the challenge of building an extraordinary 10th-birthday treat worthy of the event. 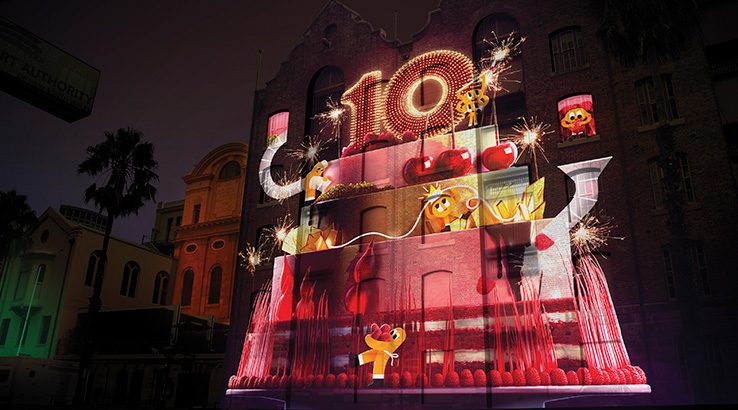 Displays in The Rocks, Barangaroo, Chatswood, Taronga Zoo, the Australian National Maritime Museum and Kings Cross will also return for Vivid this year, while Central Park will not.

Vivid Sydney has grown into more than just a light show over the past decade. Vivid Sydney now includes live music performances and idea discussion events. And for those who prefer the full Vivid sensory experience, Vivid Music and Vivid Ideas are also returning in a bigger and better fashion.

Big names gracing our musical stages include Solange and Ice Cube at the Sydney Opera House, St. Vincent at Carriageworks and Orange is the New Black's Lea DeLaria at the City Recital Hall. 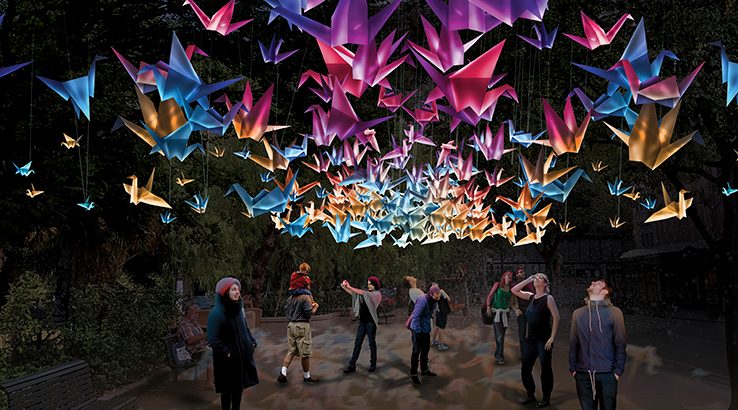 James Cameron headlines Vivid Ideas to discuss his passion for science and technology. His exhibition James Cameron - Challenging the Deep will be on display at the Australian National Maritime Museum.

Other creative minds in the interview chair during Vivid include Dare Jennings who founded Mambo Clothing and artificial intelligence expert Kriti Sharma.

Pre-sale tickets for select Vivid Music and Vivid Ideas events including events with St Vincent, Lea DeLaria and James Cameron are now on sale through Ticketmaster.

Tickets for all other events and for the general public will go on sale at 9am AEDT on Friday 23 March 2018.