Vitamix Explorian E310 review: All the cost of the brand name, none of the benefits

Quick verdict: The blender you buy when you want a Vitamix, but can’t afford one of the good ones and don’t know other blenders exist. Vitamix makes the most powerful and smart blenders for home use, so the brand name carries some weight. Unfortunately, the Explorian E310 doesn't belong to the smart blender series.

With an RRP of $649 you would expect this to be the best "classic" blender ever, but in my tests it was completely out-performed by blenders roughly half the price, which had better features and a jug that didn't suck.

While I would strongly recommend the smart Vitamix blenders, particularly the 2500i Ascent, I have an equally strong, but completely opposite opinion of the Explorian E310. 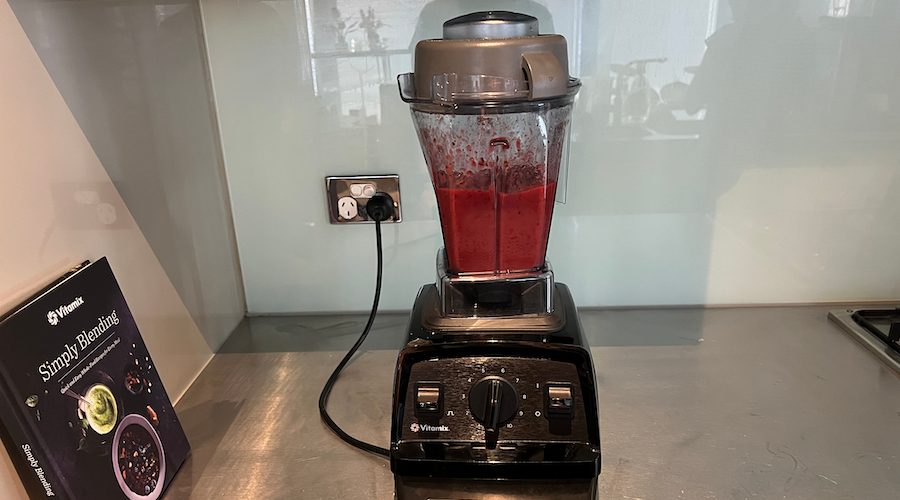 Can a design scream "I'm the budget product from a premium company, and want to remind you of this contrast every time you are unfortunate enough to gaze upon my hideous body?"

If so, this does that.

The base is a solid black plastic which has the double whammy of taking up a lot of bench space and not looking very nice. For $649 this is the best they could do, when less premium brands have beautiful and sleek designs.

However, it does get points for having all physical buttons and no screen. So if you don't throw it into the sea out of frustration, it should be easy to repair should something happen to it.

The jug is the worst part of this design. Like its more expensive cousins, the Explorian E310 jug doesn't lock into the base, and is instead placed on 4 rubber feet. But I do appreciate that the skirt of the base of the jug is a bit longer. This this method cuts down on fail points, but it's also aesthetically unpleasing.

Vitamix continued the tradition of having a square base on a jug with blades that go in circles. This means there are more places for chunks of food to hide. And because the blades are even smaller in this jug it's impacted more than some other Vitamix models.

The biggest crime, though, is the lid. It is physically impossible to get a full seal on it, so nearly everything I made involved spillage. There are multiple sections of the lid where, even when the lid is as attached as possible, there is still a 1–2mm gap.

For the budget product in a premium brand, I can forgive it not being pretty, as long as that design allows it to function well. But this bad design hampers the function, and that's unacceptable on a blender at the price point. 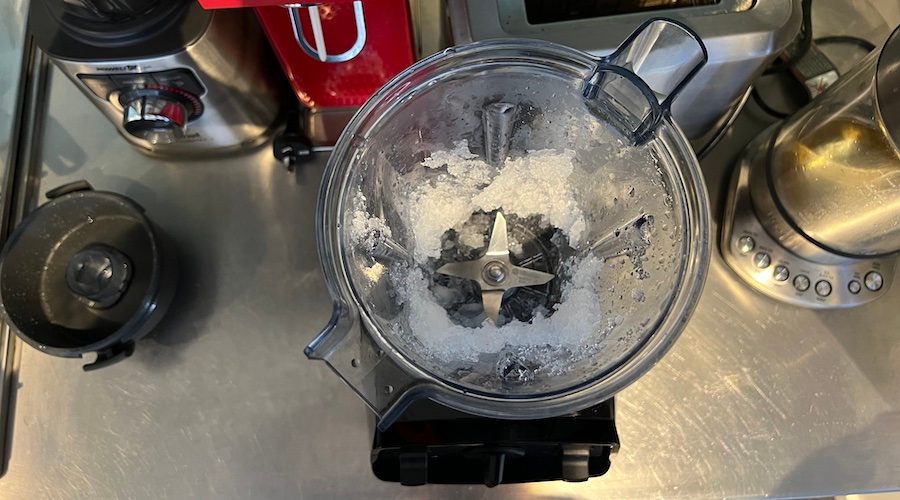 I would like to tell you that things get better for the Explorian when it comes to performance. It doesn't. When I was directly comparing the 5 blenders, I put them all through 2 identical tests with identical ingredients. Those 2 tests were a smoothie with frozen fruit (it was delicious) and ice crushing.

When I made the smoothie, juice went everywhere, because of the aforementioned lid design. Because it didn't have a smoothie button (even though the other, cheaper blenders did), I followed speed directions I found online designed for the machine. What I ended up with was the worst smoothie out of all 5 blenders.

The Vitamix 2500i might have been less smooth, but it had a pleasant texture. This is why it's on our best blenders and best blenders for smoothies guides. But the E310 was just not smooth in the way the blades clearly missed chunks hiding in the cavernous corners, as opposed to some deliberate texture.

The Tefal PerfectMix+ Blender, which retails for $229, completely outperformed the Explorian in every way. If blenders had feelings, I would have been embarrassed for the Explorian.

On the ice crushing test the jug moved around on the base unnervingly. On a good note, while the motor was extremely loud, it didn't sound like it was straining. However, its lack of strain could be put down to the massive lumps of ice the blades completely missed.

I kept pushing the uncrushed ice to the middle in the hope that feeding the blades tasty morsels would work. It didn't. I was left with the worst granita out of all the machines. The crushed ice would be fine for a cocktail if you didn't mind randomly shaped chunks, but it sucked for my purpose.

No matter what food I tried to blend, I was disappointed. Pumpkin, potato, chickpeas. Nothing came out properly smooth. It was my least favourite blender by far.

I am really surprised Vitamix is willing to put the brand name on a blender this bad. The Vitamix Ascent series is expensive, but very good. The best of the best. The Explorian doesn't excel at anything, has actively hostile design and is completely outclassed by blenders a fraction of its price.