Ethereum price soars on the heels of Visa’s crypto announcement 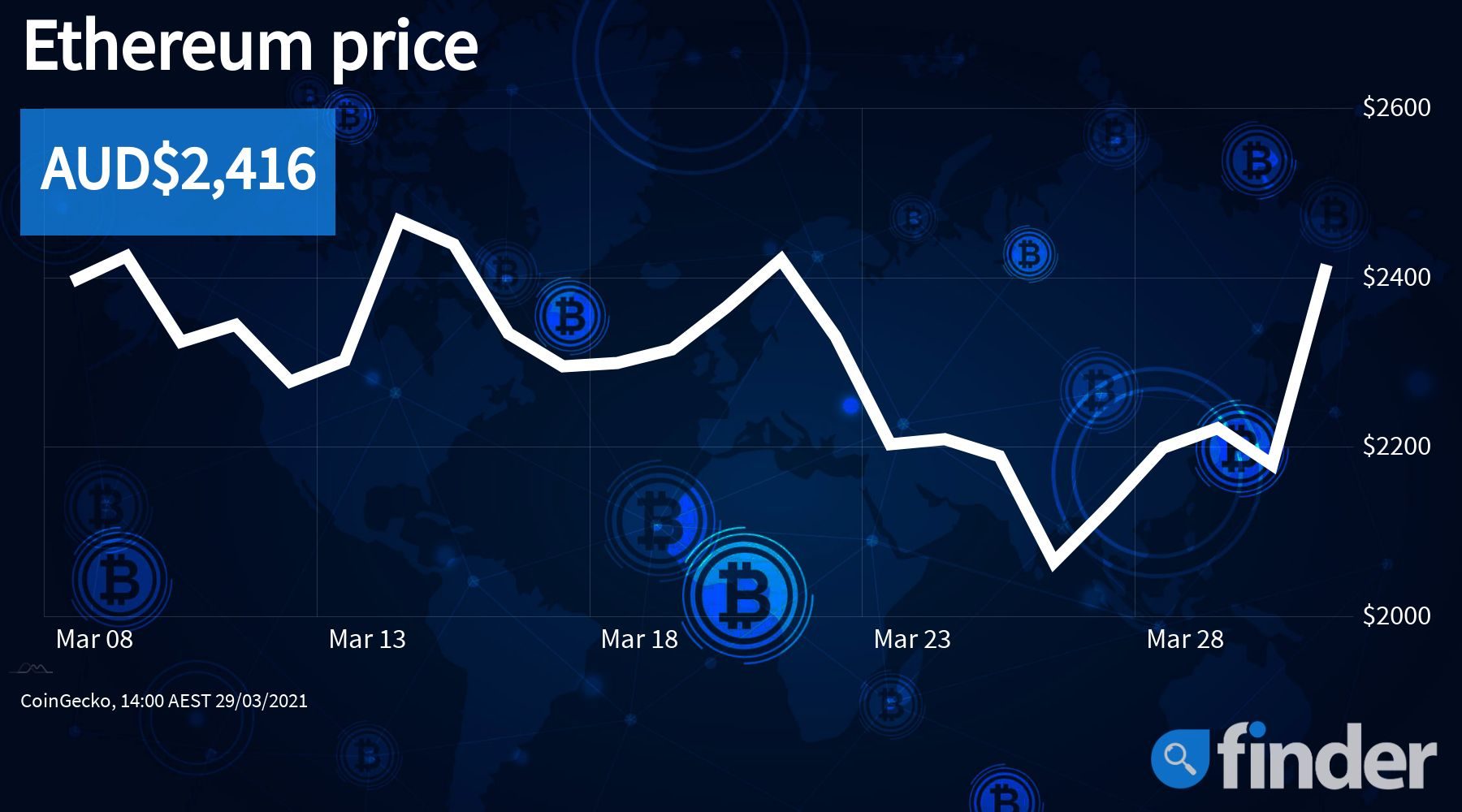 Visa will allow users to settle their crypto-fiat transactions using the USDC stablecoin.

Ether is currently showcasing weekly gains of over 10%

Over the course of the last 72 hours Ether has forged a remarkable comeback, thanks in large part to Visa announcing its decision to allow its customers to settle their payments in cryptocurrency using the Ethereum blockchain. On the heels of this announcement, Ether's value rose from around $2,180 to $2,410 within a matter of hours, representing a gain of nearly 10%. At press time, ETH is trading at $2,416.

In this regard, on 29 March Visa Inc. released a statement noting that it will be making use of USDC, a stablecoin that has its value pegged to the US dollar in a 1:1 ratio, to settle its fiat-crypto transactions, showcasing an increasing amount of interest in digital currencies from mainstream players.

"This certainly has value in terms of bringing attention to the industry and certainly is bullish for general awareness but I think it's important to remember that there is nothing quite new that is happening here. Crypto.com was a Visa merchant years ago and has allowed its customers to use their digital assets to purchase goods via credit cards for years now. Bitpay has also allowed merchants to accept crypto for years already."

The key takeaway here, according to Liu, is that by Visa deciding to enter the cryptocurrency sector, it can potentially change the outlook of many older investors in terms of what digital currencies bring to the table, both from a technological as well as a monetary standpoint.

Lastly, earlier this month, Tesla CEO Elon Musk announced that his company will allow users to acquire its various offerings (including its entire range of cars) using cryptocurrency. Similarly, PayPal has also decided that it will allow its 300 million customers to use digital currencies to facilitate their payments across its global merchant network.

DeFi continues to grow thanks to Binance Smart Chain

Even though a number of Ethereum-powered DeFi projects have showcased losses over the last week or so, Binance Smart Chain (BSC) is continuing to help draw in an increasing amount of investment into the decentralised finance market. In this regard, data released by DeFi Llama shows that nearly $79 billion is now locked into this space.

The above-stated growth seems to have been driven, in large part, by just a few platforms, particularly those based on the BSC blockchain. For example, PancakeSwap recently added $1.3 billion to its TVL last week while newcomer stablecoin DEX, Ellipsis Finance, raked in a cool $1.9 billion within just days of its launch.

Providing his take on whether Ether's growth will continually be hampered by rival chains in the near future, Finder reached out to Kosala Hemachandra, Founder and CEO of MyEtherWallet (MEW), one of the largest software wallet providers in the world today. In his view, it is only natural that this yet-nascent space is now witnessing an increasing amount of competition, which is something that Ether-backers don't have to really worry about.

Additionally, he opined that network fees and congestion issues will not play a major role in determining the future price action of Ether, citing Bitcoin as an example, a currency he claims has the same issues but is still thriving. Hemachandra went on to add:

"I strongly believe competition is good, as it helps everyone become better. Before Ethereum was launched, all alt coins simply followed the same model as Bitcoin, Ethereum helped everyone to think of the blockchain from a different perspective. I can't say there will never be an Ethereum Killer, but nothing stops Ethereum from getting better and better."

Speaking with a major news outlet, Visa's cryptocurrency chief, Cuy Sheffield, pointed out that his firm had been witnessing a growing demand for crypto exposure from customers in recent times, especially in relation to being able to hold, access and utilise digital assets.

Furthermore, since the start of the year, an increasing number of institutional players – such as Mastercard, BlackRock and Bank of New York Mellon – seemed to have warmed up to cryptocurrency, with experts suggesting that in the near to mid-term, digital currencies like Ethereum and Bitcoin will become a standard part of many investment portfolios.