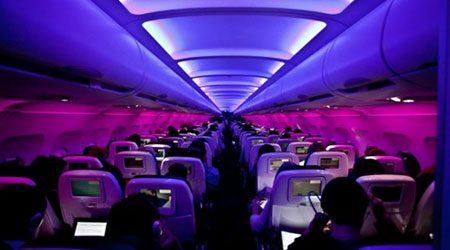 Virgin Australia's Velocity Frequent Flyer program will undergo some major changes from 1 June 2016. The big changes will impact when your Velocity Points expire, how many points you'll need for Rewards Seats on partner airlines and how family transfers work. In particular, seats with partner airline Etihad will require more points.

From 1 June 2016, your Velocity Points will expire if your don’t earn or redeem any points at least once every 24 months. Previously, this expiry period was 36 months. Any points earned before June 1 2016 won’t be affected by the change, and still won’t expire for 36 months.

If you earn or use any points before this date, your points won’t expire until 36 months after the date of your last eligible activity before 1 June 2016. If you earn or redeem points after 31 May 2016, your points will expire after 36 months from the date of your last activity before 1 June 2016 or 24 months from the last date you earned or used points after 31 May, whichever comes first.

If your points are due to expire, you’ll receive an email at least 30 days prior to the expiration to give you plenty of time to earn or use your points to keep your account active.

Velocity also announced that Reward Seat bookings with Virgin Australia and its partner airlines would also be subject to revised points pricing. You can find how many points you’ll need to redeem Reward Seats below.

As part of these revisions, some destinations are increasing in price and others are decreasing. Some of the examples Virgin Australia has provided are listed below:

As you can see, the impact of the changes is mixed, with some Economy Class redemptions seeing slight declines. Meanwhile the points you’ll need to redeem Premium Economy and Business Class Reward Seats will increase. Interestingly, you’ll need fewer points to redeem rewards with the airlines, such as Singapore Airlines, listed in table 2. However, you still can’t use your Velocity Points to redeem reward seats in First Class, so you may need to transfer your points to the relevant program if you want to fly in first class.

These are the first changes Velocity has made to its Reward Seat pricing in over five years. Overall, Virgin Australia customers will see increases of approximately 3% for Business Class Travel as well as increases for shorter routes with domestic economy flights. Most of the economy seats that are decreasing in cost go beyond Virgin Australia’s domestic routes, so you’ll still be shelling out a fair number of points to take advantage of them.