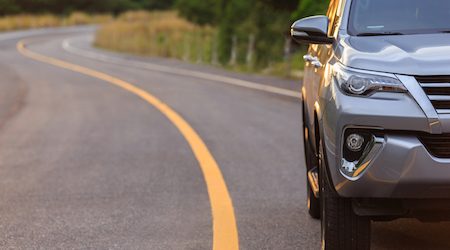 Overall car sales in the month of October are down 5.3% compared to 2017, but SUVs claimed 43.9% of the market, according to the monthly VFACTS report released today.

Passenger car sales had their second-worst month of the year and accounted for most of the drop, selling only 27,802 over the month, 23.6% down on the figures from October 2017.

While SUV sales were up 8.1% on October 2017, year-to-date sales are now 1.3% behind last year's figures. Tony Weber, CEO of the Federal Chamber of Automotive Industries, believes the numbers are positive given the records set in 2017.

"The market is broadly holding firm, despite evolving consumer preferences demonstrated through the shift from passenger vehicles to SUVs," Mr Weber said. "Given the slowing housing market and the current drought, the overall result demonstrates the resilience of Australia's competitive automotive market."

39,849 SUVs were sold in October, making up almost half the overall sales for the month. SUVs now also account for 38.5% of car sales for the year, a figure that looks set to continue rising as passenger car sales fall.

Medium SUVs represented 18.1% of the total October market, while small SUV sales were up 14.1% compared to 2017, accounting for 12.6% of the total market for the month.

Apple Isle in the green

For the second month in a row, Tasmania was the only state or territory to record higher year-on-year sales, with a small 0.3% increase. Sales in New South Wales were down 9.2%, as well as down 5.1% in South Australia and 4.2% in Victoria.

To the surprise of no one, the Toyota HiLux keeps its place as the best-selling car in Australia, with 4,401 purchases, followed by the Ford Ranger, Toyota Corolla and Mazda 3.

Toyota also again leads the manufacturer charts, accounting for 19.6% of the October market, followed by Mazda at 9% and Hyundai at 8.2%.