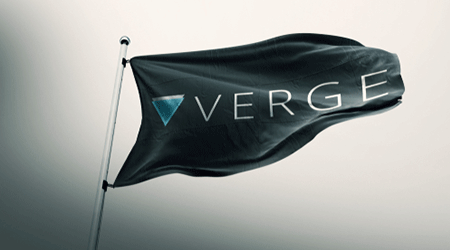 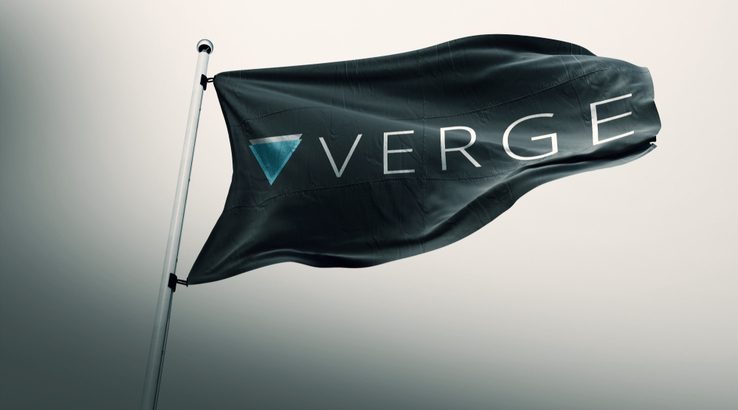 Verge prices and trading remain robust, even as the broken coin continues dispensing money to hackers.

Problems with the verge cryptocurrency are continuing, only slightly abated. Developers have made several attempts to solve the problem, but after several failed attempts and reassurances, the problem has continued unabated.

The picture below, taken at the time of writing, shows a tiny portion of the continuing problem and hints at the sheer amount of free money that's being dispensed to those with the technical acumen to take it. So far the attackers have claimed millions of dollars worth of XVG, helped along by remarkably robust prices.

What's happening to Verge and what does this picture mean?

The problem is that developers have previously made several attempts to solve this problem, but have so far come up empty handed. The continuing attack hasn't prevented them from reassuring their community that everything's fine though. 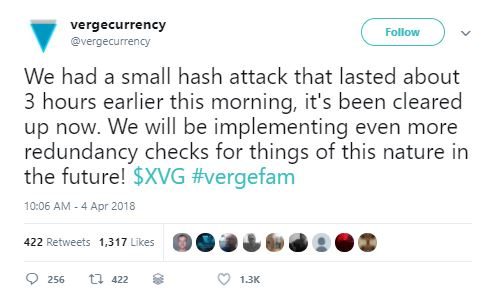 Now, as the attack is well into its third day (at the time of writing) and without any solution in sight, the programmer who initially spotted the problem, who goes by the name ocminer and has been instructing the Verge developers on how to fix it, has washed his hands of the problem.

"The background is that the 'fix' promoted by the devs simply won't fix the problem. It will just make the timeframe smaller in which the blocks can be mined / spoofed and the attack will still work, just be a bit slower," ocminer explained.

"I was a bit astonished that I was actually the first to report the problem.. I was expecting devs watch their coin closely and come up with fixes upfront.. or at least know about what happened," he said on Bitcointalk. "...as the sh** keeps hitting the fan harder and harder here I need to take a few steps to actually end that drama for me."

"This will be my last dealing with XVG. I don't like to get cheated and blamed... also Congratulations to the Hacker - you've chosen the right coin for your hack... don't buy too many Lambos with your >20M Verge..."

The total circulating supply of Verge XVG is about 15 billion, and countless millions of those have only just been created – well ahead of schedule – in the last few days. Despite its debasement, the Verge XVG coin is still showing strong results and is actually doing better than the market as a whole.

One of the main ones is that cryptocurrency prices are largely divorced from actual value. A large free-flowing trade volume can keep it tradeable even in the face of hair-raising issues, and when enough of it gets concentrated in the hands of one party, such as has happened in this attack, someone can get a lot of control over market prices.

This is combined with an extremely loyal user base, who have already invested a lot into Verge and aren't willing to walk away. This was alluded to by ocminer, mentioning the hostility he received from Verge supporters after breaking the news. Like many other cryptocurrencies, the more enthusiastic supporters self-police their communities to keep up a flow of good news. You can see this by looking at the posts which have been deleted on the two Verge community subreddits (removed posts are highlighted in red).

It's an effective tactic, as evidenced by Verge's stable prices, and one which the attackers themselves have every reason to encourage.

Some chat logs were also posted by ocminer of his conversation with Verge developers, showing what's going on behind the scenes.

In their conversations, the Verge developers appear mostly unconcerned with the millions of coins that have been suddenly flooding in their ecosystem, and blamed ocminer for mentioning the attack publicly. This response has led some to speculate that Verge developers might be attacking their own cryptocurrency to rake in as much money as possible before an exit scam.

"It wasn't that bad until ocminer posted it on bitcointalk, and then everyone and their mother joined in," said the Verge developer nicknamed Sunerok.

Responding, ocminer criticised the Verge cryptocurrency and suggested that the developers weren't experienced-enough coders to resolve the issue.

"Listen.. kid... you have a absolutely trashy sh**coin pumped in heaven through that tweet from john mcafee back in that day.. you probably made a lot of money by that idiot tweeting XVG to the moon.. you should have used the chance and invested some of that money and invest it into a decent dev team, as seriously, and everyone knows that, you have not the slightest idea of coding whatsoever... This is not a kiddo script hack and my post didn't change anything but just revealing what is happening at the moment (as you didn't notice yourself)... it's not a bad thing to post that publicly."

Verge developers are still working on a solution to the problem, but several attempted fixes have already failed, and without the help of third parties like ocminer, it's not clear whether Verge developers have the technical expertise needed to solve this problem.