CoreLogic Pain and Gain Report: Vast majority of properties selling for a profit 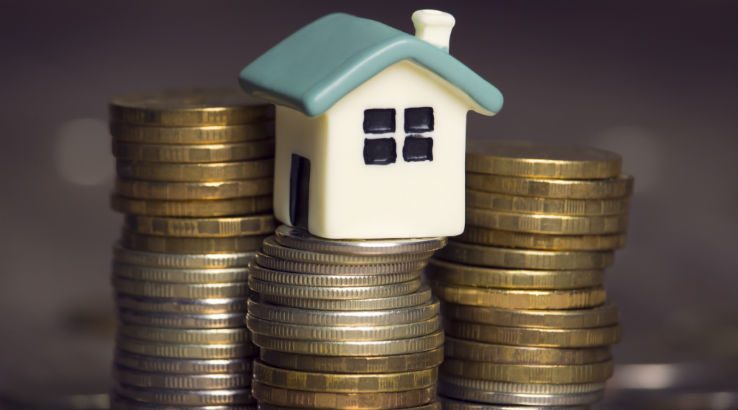 Sydney and Melbourne lead the way for profit-making sales.

The good news is that, in spite of a slowing property market, the vast majority of home sales in Australia are still turning a profit for their vendors. Across the nation, 90.8% of properties resold in the September quarter went for a price above their previous purchase price.

This is virtually unchanged from the June quarter and the same period last year, both of which saw 90.9% of properties resell for a profit.

Capital cities saw slightly more movement from one year to the next. Across the combined capitals, 92.6% of properties resold for a profit, compared to 93.3% a year earlier.

At a more granular level, the report revealed some interesting trends.

Perth and Darwin are still getting hammered

Perth and Darwin have been the hard luck duo for Australian property prices. The two capitals have seen prices trend lower throughout the year. The most recent CoreLogic Hedonic Home Value Index showed a 2.6% annual decline for Perth dwelling values and a 5.5% decline in Darwin prices.

The two also held the dubious distinction of having far and away the highest proportion of properties resold for a loss in the September quarter.

In Perth, 24.4% of houses sold for a loss in the September quarter. Units fared even worse, with 39.5% reselling for a loss.

Darwin saw similarly disastrous results. Over the September quarter, 32.7% of houses resold at a loss, while 39.1% of units resold for a loss.

The significant declines in property prices in Perth and Darwin are likely a result of the winding down of the mining boom. These regional centres no longer attract the enormous number of workers that they did before. The property boom, Australia's newest economic success story, is concentrated in the bigger eastern cities.

On a national level, houses are a much safer bet than units. Across the nation, only 7.9% of houses resold for a loss, while 12.2% of units saw a loss. Capital cities saw similar results, with 5.9% of houses reselling for a loss versus 10.5% of units.

According to CoreLogic, the divergence between house and unit resales was particularly marked in some capital cities. “In Canberra, units were 18 times more likely to resell at a loss than houses, while in Melbourne units were almost 13 times as likely to resell for a loss than houses,” the research firm said. Sydney was the lone region where a greater proportion of houses sold for a loss than did units. However, the proportion of loss-making resales was incredibly low in the harbour city, with 1.7% of houses making a loss while 1.5% of units resold for a loss.

Melbourne leads the way for houses while Sydney wins for units

Houses were the best investment in Melbourne, which saw the highest proportion of profit-making resales. An astonishing 99.2% of houses resold in Melbourne over the September quarter for a price above their original purchase price. Sydney led the way for profit-making units, meanwhile. 98.5% of units in Sydney were sold for a profit over the September quarter. Compare this to just 60.5% of units in Perth which turned a profit, and the vast variation between Australia’s capital city property markets is clear.

Investors are more likely to see a loss

Investors in regional WA were most likely to see a loss, with 52.3% reselling for less than their purchase price.

CoreLogic put the difference in fortunes for owner-occupiers and investors down to different behaviours and motivations for the two classes.

“Clearly, any property owner will aim to make a profit from the sale of their property. In a falling market, owner occupiers may be more prepared to sell at a loss if they are purchasing their next home at an equivalent or greater discount. Meanwhile, investors, because of taxation rules, would seemingly be more prepared to incur a loss because they (unlike owner-occupiers) can offset those losses against future capital gains. If home values fall, investors (which have been increasingly active in the housing market) may be more inclined to sell at a loss and offset those losses which in turn could result in much more supply becoming available for purchase at a time in which demand for housing falls because values are declining,” the researcher said.

Buyers in Perth had to hold onto their properties for the longest time in order to see a profit, with a median hold time of 11.3 years for profit-making houses and 13.9 years for units.

If you wanted to make a big profit with little risk, Hunters Hill was the place to be. The tiny Sydney suburb had 100% success rate for profit-making sales.

A number of suburbs nationwide had a 100% proportion of profit-making sales, including Rockdale in Sydney, Mitchell and Murrindindi in Melbourne, Walkerville in Adelaide and Peppermint Grove in Perth.

But even with other suburbs seeing 100% success rates, Hunters Hill stood apart from the crowd. The median hold period was a relatively long 9.1 years, but vendors also saw a tidy median profit of $835,000, the second-highest median profit in the nation, behind $865,000 for Ku-ring-gai.

On the hunt for a home loan? Compare your options now