The Bite of Banality: Vampyr review

Is it worth sinking your teeth into?

It sucks to be a vampire. You'll soon come to understand this fact personally in Vampyr, an action RPG centred on an innocent man who's had eternal life thrust upon him. The upside: this is Victorian-era London, so nobody's going to hassle you for looking like a pasty, malnourished git. The downside: stubbornly trying to hold onto your morals and humanity is Vampyr's idea of “insane” difficulty.

The biggest drawcard of this production is that it's been handled by Dontnod, the developer responsible for the Life Is Strange series, and the studio's plot-heavy, consequences-filled schtick has bled across here. You are Jonathan Reid, a young physician trying to do his best during the 1918 Spanish Flu epidemic. One fateful night, you're jumped from behind and when you awaken the next day (in a corpse pile), somebody has left two holes in your neck. Yes, you go much faster now, but you still want answers as to why this happened to you. 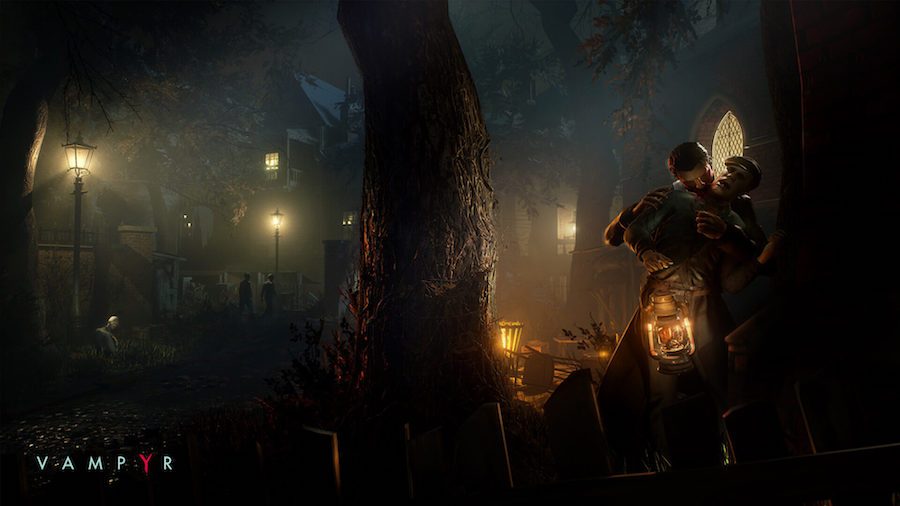 From there, Reid instinctively does something awful and then spends the early part of the game trying to get his bearings as a newly-minted creature of the night. To make matters worse, and to fulfil the "action" part of action RPG, you'll quickly become acquainted with the thuggish anti-vamp cult that infests this semi-open world. When they arrive, you'll sink your teeth into some utilitarian third-person combat.

As a fledgling parasite, you're reliant on human weaponry. Two face buttons handle either the melee or low-tech firearms held in your main and off-hand – the former can be chained into damaging combos, the latter offers you a means to stun. Being able to stagger foes is useful for crowd control purposes and is a great way to set up a neck nibble opportunity to recapture some HP. Or you can just forgo all this nuance for a bloody big stick (or scythe) held in two hands.

As your XP grows your repertoire will expand into unlockable, multi-tiered Dark Gifts.

As your XP grows, your repertoire will expand into unlockable, multi-tiered Dark Gifts. You might go the manicure route and grow razor claws or manifest throwable blood spears and freezing abilities... for some reason. You'll need a combination of these supernatural abilities and ye olde shotgun when the bestiary opens up to mongrel vampires known as skal or when the cult breaks out their sharpshooters. The catch: the only way to majorly amplify up your abilities is by dining on filthy non-belligerent mortals.

Go down that dark path and you can enjoy a host of Active Skills (divided into Defensive, Tactical, Aggressive and Ultimate) and Passive Skills (made up of Body, Blood, Bite and Science). There's some cool stuff in here, like limited invisibility, teleportation and even the opportunity to control a victim's mind for a time. You can also become more adept at keeping your undead husk of a body healthy with an array of medicines and serums. 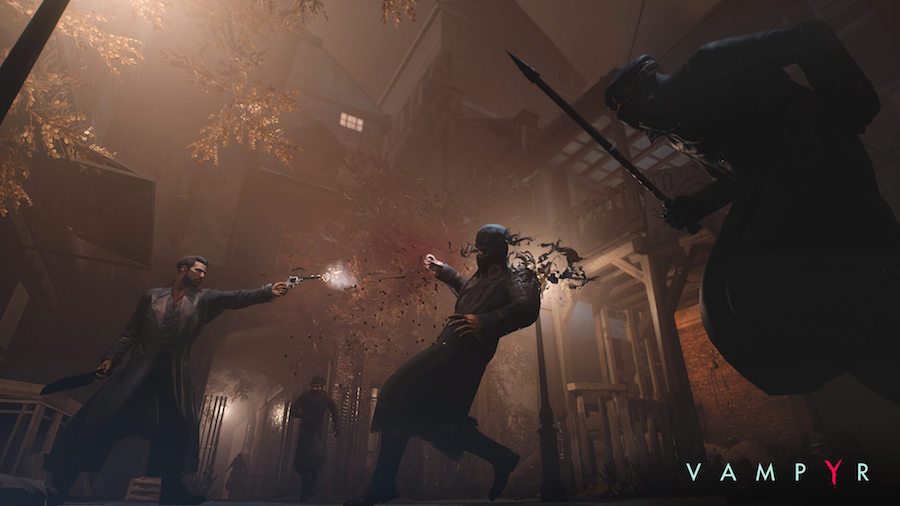 Walking the “good is dumb” route can be done as much or as little as you like. Reid quickly gains access to a local hospital and he blends in, getting sick people medicine and doing a bunch of other fetch-questy favours that would be annoying if the writing and intrigue wasn't so good. If you want to stay pure, you can replenish your finite health by finding and feasting on rats. You'll also need to lean heavier on the simplistic weapon crafting more than usual because you're forgoing a ton of XP that comes with slurping on human blood.

Failing that, you could play it half and half. Use Vampyr's in-depth character relationship trees to effectively combo chain kindness into a larger-yield meal. Just be aware that when you kill, you'll shape the city for the worse (which can be easily tracked with a chaos meter for each district). High chaos makes the denizens of that part of town more aggressive and the local merchants more dickish with their prices.

When you kill, you'll shape the city for the worse

On the whole, the writing is solid and the actors do as well as they can with what is an overly verbose script. (Note: it never reaches Castlevania levels of cheese – no man ever gets called “a miserable little pile of secrets”.) Reid is a sympathetic character who's a good soul forced to make awful decisions, but his gripping narrative is harmed by iffy supporting actors with dead-eyes and odd animations.

Vampyr is an ambitious game with the beating heart of a great idea. Being a wolf in sheep's clothing who's fattening up a flock of NPCs for mad XP gains is quite the hook. That said, these potential moral conundrums lose their impact when they can be side-stepped quite easily, thanks to some barebones, low-difficulty combat.

On the flip-side, it's difficult to fully embrace and enjoy the simple pleasure of being evil. Even at your most powerful, the combat still feels lacklustre and your NPC prey are often poorly animated things that are silently begging for death's release. Dontnod shot for the moon here, but a lack of budget and time made Vampyr fall victim to the bite of banality.

We reviewed Vampyr on PlayStation 4 with a copy provided by the publisher.

It's a clever story and gameplay concept that is held back by inconsistent production values and middling combat antics. If it pops up in some future sale, it's worth a stab as a low-stakes purchase.