Australian credit card debt has hit an all-time high in 2015. We take a look at credit card usage statistics to determine how Australians are using their plastic.

The 2012 credit reform has had little impact on slowing down credit limit growth. Research released by finder.com.au and the Reserve Bank of Australia (RBA) in August 2015 shows that credit card balances and credit card limits reached an all-time high in June 2015. Then, in September 2015, finder.com.au discovered that almost two million Australians are facing debt for life. Here we unpack these findings to analyse Australia's credit card habits and discuss how Aussies can dig themselves out of debt. 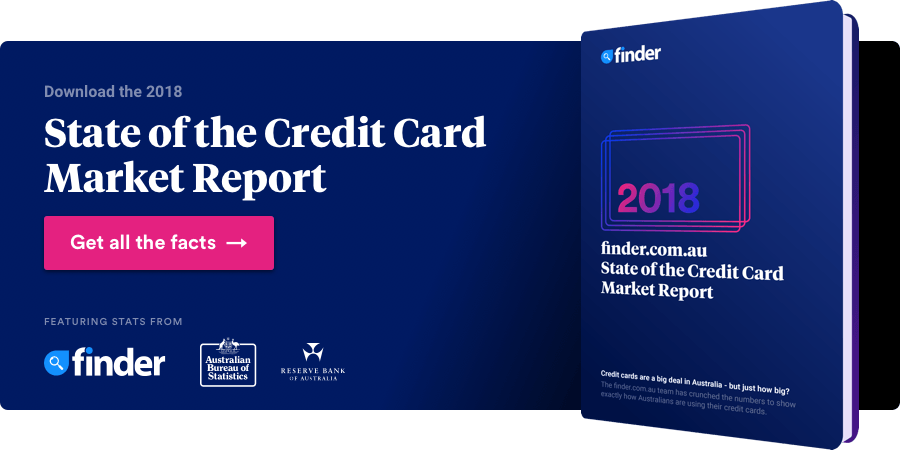 Research released by finder.com.au and the RBA in August 2015 has proven that the 2012 credit reform hasn’t reduced overall credit limit growth as anticipated. The 2012 Senate inquiry credit card reforms required banks to provide cardholders with standardised credit card key fact sheets and greater control over the credit limits you receive. Automatic offers to increase credit limits were also banned unless customers requested one. Issuers were also obliged to direct repayments to the most expensive part of the credit debt first and clearly demonstrate how interest-free periods work, making it easier for you to reduce your debt faster.

These reforms were implemented from 1 July 2012. While total credit limits dropped by $4.6 billion between September 2012 and October 2012, they have been rising ever since.

Australia's total credit limit has now reached a record high of almost $145.55 billion as of June 2015. This averages to a credit limit of $9048 for each of the 16.09 million credit cards currently in circulation.

In late August 2015, a Senate inquiry was held to investigate the role of the banks in facilitating these debt levels. The inquiry revealed that Australians are taking decades to repay their credit card debts. RBA assistant governor for the financial system Malcolm Edey told the inquiry that a stronger risk assessment may need to be introduced as a requirement for credit-card lending. While the attendees pointed out the need for greater transparency from the banks, there are some ways that cardholders can empower themselves and protect their finances against credit card debt.

In September 2015, a finder.com.au survey showed that 53% of Australian adults (an estimated 9 million) are currently in debt, with 10% (1.7 million) expecting to live with these debts for the rest of their lives. The results revealed that Australians are too complacent about debt, especially at a time when debt levels have never been higher. According to the study, Australians have a combined credit card and personal loan debt of over $109 billion, a number that has increased by about $2 billion over the past year.

The study also revealed that Aussies are beginning to accumulate debt at a younger age as well, with the average age of debt accumulation sitting at 27. Out of these numbers, only 19% of Australians (3.2 million) see themselves conquering their debt within the next five years. Predictably, adults with children were more likely to have accumulated debt, with only 44% of parents considering themselves debt-free. On the other hand, 55% of adults without children live without debt. While debt levels are continuing to rise, there are ways for Aussies to relieve themselves of their financial burdens.

How can I consolidate my debts?

Although many Australians are struggling with debt and recent findings from finder.com.au reveal that Australians are complacent when it comes to debt consolidation, change is possible if you're committed.

“There is no reason for people to be piling on a debt they can’t see their way out of. While Australia has a combined credit card and personal loan debt of over $109 billion, up by about $2 billion over the past year, it’s not too late to dig your heels into the ground and find a way out of debt," says Michelle Hutchinson, money expert at finder.com.au. "Australians need to be more conscious about the amount of debt they are getting themselves and their families into and work out how they will pay it back before they reach retirement," Hutchinson adds.

Australians have a few options when it comes to debt consolidation. The ideal option will depend on the amount and type of debt you have accrued as well as your ability to repay. Compare and consider some of your options with these factors in mind:

Ask yourself the following questions:

Before you consider any of the above options, it's important to understand how you found yourself in debt and your financial situation. These are just some of the questions and considerations you should ask before choosing a consolidation strategy:

Discover how you can protect yourself against credit card debt here

Jeremy Cabral is the chief operating officer and global head of publishing for Finder. He has written hundreds of comparisons covering everything from credit cards to travel money to Netflix TV shows. Jeremy has a Bachelor of Business (Marketing) from the University of Western Sydney.