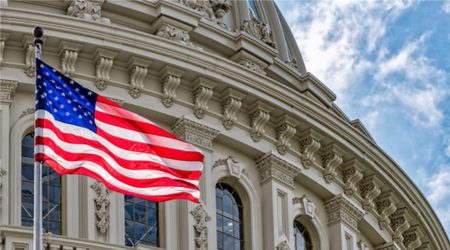 Blockchain and cryptocurrency regulation has tended to be a safely bipartisan affair.

Among the US midterm election results, which might be described as reassuring yet disappointing for both sides of the fence, some of the shifted seats have gone to vocally pro-cryptocurrency leaders.

Two elected leaders in particular, one incumbent and one new governor, have previously made clear not only their interest, but also their relatively deep understanding of the emerging technology.

"I am excited to have witnessed the confirmations of leaders who actually believe in cryptocurrency — especially Dave Schweikert re-elected into the House to represent Arizona," said Mick Hagen, CEO of Mainframe.

Successfully-defending incumbent David Schweikert (R-AZ) has previously been among the congress members involved in a bi-partisan push for regulatory clarity in the industry, in particular admonishing the idea that punishments rather than clear regulations should be used to direct the nascent industry.

He has been a longtime proponent of developments in the area, saying to the crowd at the first DC Blockchain Summit in 2016: "This is going to create a revolution. It's so much more than moving microcurrency."

Metal Pay CEO Marshall Hayner looks back at how far the conversation around cryptocurrencies has come: "I joined the cryptosphere in 2009, when enthusiasts were attempting to use bitcoin to buy pizzas - just to prove its utility," he remembers. "Since then, the conversations surrounding cryptocurrencies have migrated from internet message boards to Capitol Hill. With elected leaders like Jared Polis and Dave Schweikert, we will begin to see more urgent conversations around the role America can play in the global crypto economy. As crypto continues to go mainstream, it’s important for our elected leaders to build smart regulation early to encourage the industry’s development and maturation."

But as Schweikert has also pointed out, it's extremely difficult to regulate blockchain digital assets themselves and effective regulations might need to concentrate on the points where cryptocurrency touches the ground, so to speak, such as centralised exchanges. At the same time, an understanding of what the technology can actually do might be important to avoid unintentionally closing promising doors.

"As antitrust laws and the conversation around data manipulation by big tech have moved to the forefront of messaging on both sides of the aisle, it’s important for our elected representatives to not only be interested in emerging technologies, but also well-versed enough in them to build smart, effective policies around them," Hagen said.

"After another grueling election cycle, it is refreshing to see blockchain and cryptocurrencies as one of the real winners in American politics," said Elastos North American strategist Zach Warsavage. "With Jared Polis becoming the next governor of Colorado, it is clear that bringing crypto to the mainstream can be a winning issue, and I expect to see it as a topic of discussion in the upcoming weeks. I applaud the citizens of Colorado for securing a leader who is both educated on, and cares about, implementing this technology into our society and the much needed regulation of our financial future." 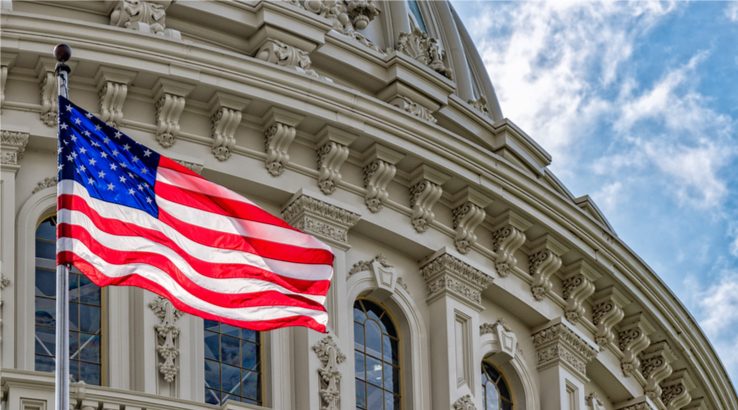 Newly elected Jared Polis (D-CO) has been an outspoken proponent of bitcoin and other cryptocurrencies since at least 2014, and support for the future of blockchain technologies formed part of his platform this election.

In particular, Polis accepted bitcoin and Bitcoin Cash campaign donations, said he would aim to establish Colorado as a national hub for blockchain innovation, explore how blockchain could facilitate transparent governance, improve the efficiency of Colorado's energy grid and bolster cybersecurity and establish a crypto-friendly regulatory environment.

"The recent election was a tough battle for both sides, but the most notable wins were for the individuals who have demonstrated support for cryptocurrency. There is an immediate need to educate and regulate the financial technology, and clearly Jared Polis and Dave Schweikert intend to do just that," said Kowala CEO Eiland Glover.

He also points out that a desire for sensible blockchain and cryptocurrency regulation has been a bipartisan crowd-pleaser in fractious times, suggesting that the next two years could be a good time to pass new developments through.

"With the midterm elections leaving us with a divided Congress, it's evident that less partisan legislation is likely to be more viable in the upcoming session - meaning the time is ripe for champions of blockchain and cryptocurrencies to lead the charge on proposing and passing sound regulation to help foster the maturation of the industry in America," Glover said.

"As crypto continues to go mainstream, it’s important for our elected leaders to build smart regulation early to encourage the industry's development and maturation," Hayner agreed.

Of course, enthusiasm like Schweikert's and Polis' is probably still the minority.