US Fed: Here are 9 reasons why we’re not creating a US digital currency 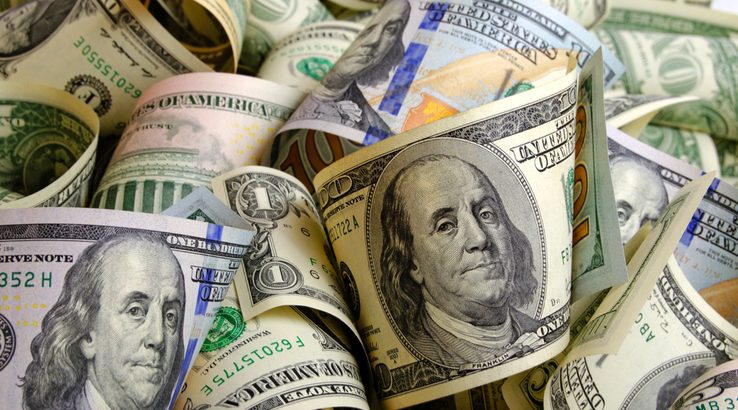 The tenth reason is that a lot more research is needed before it's remotely safe to do so.

In a letter to congress, US Federal Reserve chairman Jerome Powell responded to questions on whether the Fed is looking at a central bank digital currency (CBDC).

For the most part, the letter outlines some of the obstacles that need to be overcome before a CBDC can be safely released in the USA, and some of the reasons the Fed isn't rushing headlong into the new technology.

"Overall, we observe that the characteristics that make the development of central bank digital currency more immediately compelling for some countries differ from those of the US," Powell writes.

The response can be broken down into nine reasons why the Fed is not planning to release a CBDC for the foreseeable future.

For clarity, the specific type of CBDC being considered in the letter is a currency that is the direct liability of the Federal Reserve, while also being made directly available to individuals and businesses.

Many of the below risks can be addressed by using a different model, such as the one used by China's CBDC, where the currency itself is digitised but it's only made available to households through commercial banks. But as the Bank of England found in its digital currency explorations, dialling it back to this level reduces some of the benefits but still leaves plenty of other risks.

In the case of the Fed, the nine reasons are:

The tenth reason, for all you round number fans out there, is simply that a lot more research is needed.

Each of these issues is further explained below.

If user funds are directly held in the US central bank, a loss of confidence and bank run could very quickly burn through the federal reserve, given the nature of fractional reserves, which would cause a massive crisis.

The risk is further exacerbated by the fact that digital currency payments can be made instantly.

One of the advantages of spreading everyone's money around commercial banks is that the risk is spread out.

Cash is still king in the United States.

Americans are simply not ready to make a wholehearted shift to digital payments and digital currency.

This is especially clear given that...

People in the USA have the option of using digital payments, but often prefer not to. At the same time, bank and digital payments infrastructure is relatively well-developed across the United States (except where it's not).

"If it is designed to be financially transparent and provide safeguards against illicit activity a general purpose CBDC could conceivably require the Federal Reserve to keep a running record of all payment data using the digital currency – a stark difference from cash, for instance – and something that raises issues related to data privacy and information security," Powell writes.

Some of the issues which would need to be addressed here include a question of who exactly would have authority over the new digital cash, and to what degree, whether CBDC would constitute legal tender, and precisely what rights and obligations every participant in the new CBDC system would have.

Any digital weak points which can be exploited, will be. The consequences of a potentially vulnerable US dollar could be extreme.

Powell doesn't say there aren't any benefits, just that they have not yet been clearly identified and enumerated.

In part, this is because the exact implications of CBDC on monetary policy depend on a range of yet-unanswered questions, such as those raised in the above regulatory and legal obstacles, whether CBDC holdings pay interest, and many more.

Because it's still so open-ended, it's not possible to clearly say what the exact pros and cons would be.

If the CBDC is suddenly serving American households with CBDC accounts, that would mean potentially opening hundreds of millions of new accounts. This would be a serious hassle, as well as tying into cybersecurity issues.

9. It may impact bank operations unpredictably

By tapping households and businesses directly into the central bank currency, the role of commercial banks would change considerably, with unpredictable impacts on America's, and by extension the world's, economy.