US copyright office: Wright’s copyright does not prove he’s Satoshi

This won't change anyone's mind. Satoshi's identity is a matter of faith now.

"In a case in which a work is registered under a pseudonym, the Copyright Office does not investigate whether there is a provable connection between the claimant and the pseudonymous author," the US copyright office said in a statement. "A registration represents a claim to an interest in a work protected by copyright law, not a determination of the truth of the claims therein. It is possible for multiple, adverse claims to be registered at the Copyright Office."

Of course, everyone already knew this.

But that doesn't mean it has to be a wasted exercise. This is a great look at people's tendency to pick a side and then just blindly argue in favour of it, rather than going where the facts lead them.

A lot of people instantly became experts in copyright procedures yesterday. For examples: 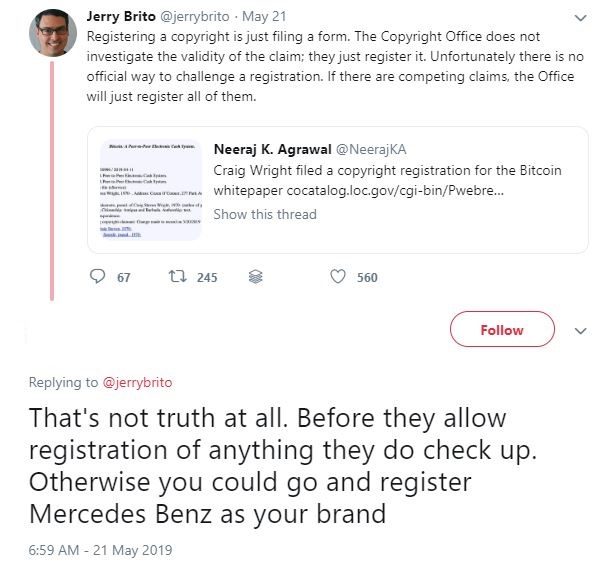 These are examples of people who were 100% convinced that the US copyright office deeply investigates every application, rather than just handling the paperwork and leaving any disagreements to the court.

Where did the idea come from? There's no reputable source in the world that would make that assertion, and you will never read a guide to copyright law which says this.

The idea that a copyright grant was some kind of proof did not come from anywhere in particular. Instead it just grew like mold in an echo chamber, and found advocates to carry its spores. It's a very tangible example of how misinformation spreads.

Here's a tweet that aged really well in less than 24 hours. 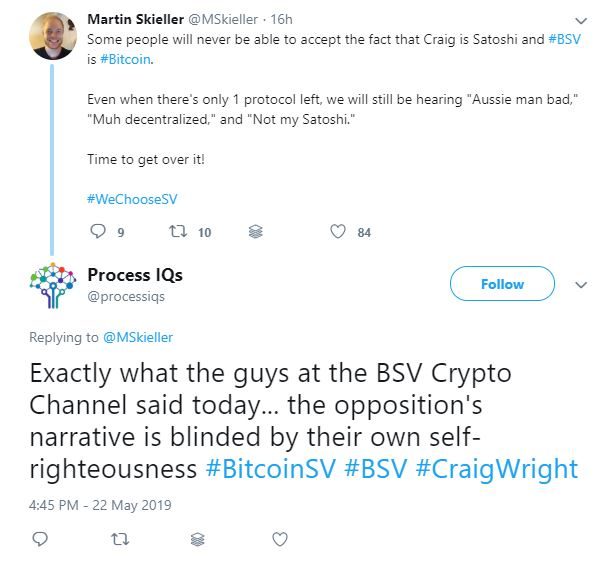 It's also a nice reminder that you can't believe everything you read, especially if you're reading it in a publication with a less than thinly veiled BSV shilling agenda. Echo chambers are very real, and the entire brief affair here is a curious look at crypto tribalism, shilling and misinformation in action.

Of course, no one's actually going to change their minds as a result of this.

Much like BSV advocates, BSV prices have remained unaffected by this development. And it comes as no surprise. Anyone whose faith is weak enough to be rocked by this would have lost it already. Much like all the other "original Bitcoin" brands out there, BSV's community has been honed down to the true believers.