Unravel Two review: You are knot alone so don’t be a-frayed

Unravel Two has a lot of heart but is hamstrung by short length and a threadbare narrative that doesn't live up to its early promise.

For a game that has no dialogue, the original Unravel and its sequel sure do tell interesting little yarns. They're what I like to call new age platformers, stylish indie games woven together with waterlogged physics, detailed 2.5D worlds and a dash of weirdness.

Don't let the screenshots pull the wool over your eyes: go into Unravel Two expecting pixel-sharp responsiveness, like Super Mario or Super Meat boy, and your wits will soon be frayed by some pedestrian platforming.

However, there's no need to feel strung out about this as Unravel Two is still a delightful little romp in its own right. Yarny, the wool-doll protagonist of the first game has been shipwrecked and has an island experience that feels like a bad day in Tomb Raider. He/she (it?) doesn't have to yarn for companionship for very long though, as a fellow blue thread-person is soon discovered. Magically, their little string umbilicuses connect and from then on you're basically controlling conjoined twins. 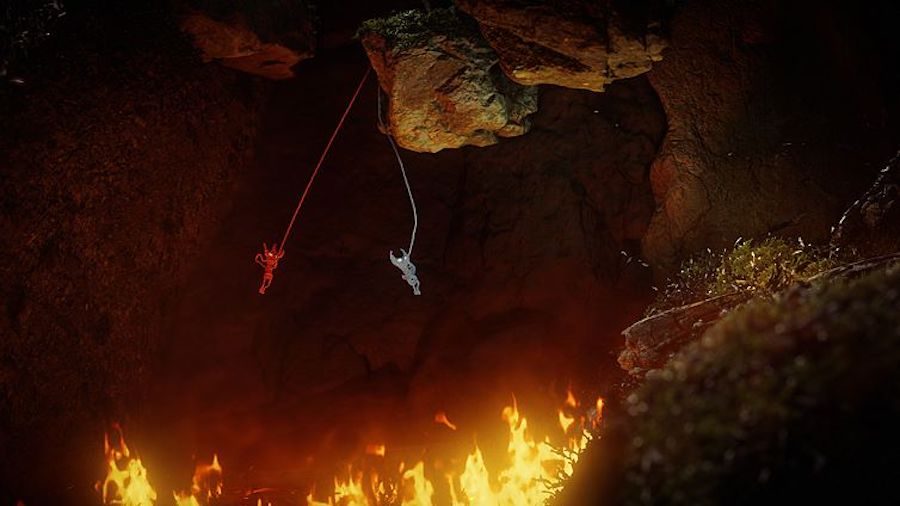 Technically, you can beat Unravel Two on your Neil No-friends lonesome, but to get the most out of it, you're going to want to recruit a partner in crime. (I'd go so far as to recommend you play this with one of your offspring or a younger sibling.) Sure, one party will be forced to wait if the other party repeatedly cocks up their jumps, but there are also some complex puzzles hiding in this thing. Two heads will be better than one in the long run.

If you're looking for the next great couch co-op game, Brief Battles is well worth considering, though its lack of an online mode is a bit disappointing.

Sekiro wall-kicks away from the RPG heavy elements of the Dark Souls formula and lands comfortably in a fascinating new space.

All of the old mechanics from Unravel return – abseiling using your own thread, tying of a thread to use it as a mini-trampoline, etc – but now you have to do it all in tandem while maintaining a set distance apart (and working with limited screen real estate). The best new addition is a creature comfort mechanic for parents that should be in every platformer – at any time, you can make one Yarny merge into the other. Control is then relinquished to one player and this allows you to literally carry the other gamer to success. Trust me, it beats the heck out of playing your own patience Olympics as your eight-year-old buddy screws up a jump... for five minutes.

This isn't to say that “merging” is a cure-all for every problem. You'll encounter a bunch of swinging puzzles and push block problems that'll require both players to asymmetrically step up and show some dexterity. That said, even at its most perplexing Unravel Two never crosses over the boundaries into Limbo or Braid brainteaser territory. I found it just taxing enough and the little bump in endorphins after a puzzle solve was more than enough to keep me and my sidekick hooked.

It's not the only feature that'll keep you tied to this adventure, either. There's a larger mystery tale going on here, told through a series of blurry flashback sequences and scripted events that occur on a macro level above your diminutive selves. Honestly, I found myself sticking with Unravel Two purely to see if any of this intermittent storytelling would take fuller form by the end. It never did. Some intense, borderline apocalyptic stuff is happening in this world (above insect-level). It's like Coldwood shot for “thought-provoking and dark, like Inside” and hit “bloody confusing” instead. I don't think I'm knit-picking here.

Whatever was intended, you have to give the developer points for its graphics engine and often creepy atmosphere. There's sharp detail in everything you need to interact with but also a lovely, fuzzy ephemeral look to the wider world above and beyond your control. Honestly, you'd stop and gawk at it for minutes on end if the threat of a giant hungry turkey wasn't on your mind.

Yarny One and Yarny Two are Sackboy levels of cute,

Further props have to be given to Coldwood for the way their animators have managed to infuse these little bits of fluff with personality. Incidental animations are everywhere, like cute high-fives and happy little jigs of success when a particularly arduous task is beaten.

Yarny One and Yarny Two are Sackboy levels of cute, bordering on Baby Groot adorable. At a stitch over five hours long, this is a relatively short adventure with them, but I challenge you not to be in love with the Yarnies by end credits time.

Tight platforming that's best enjoyed with a friend. Unravel Two has a lot of heart but is hamstrung by short length and a threadbare narrative that doesn't live up to its early promise.

Onrush review: Blast from the past or regular old burnout? LEGO The Incredibles review: Family fun that’s Parr for the course