UnLock could be the key to opening up business finance 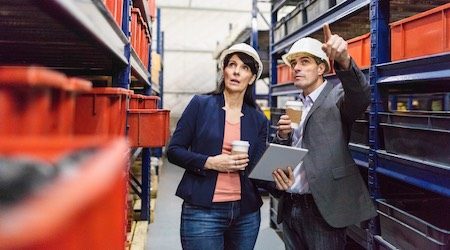 With the success of consumer buy now pay later providers like Afterpay and Zip, it was only a matter of time before similar services found their way into the business sector.

With the arrival of UnLock, a buy now pay later platform for businesses launched by marketplace lender Marketlend late last year, it seems that time is now.

Following a soft launch back in November, the company has just completed its first full quarter, with customer limits totalling $5 million. Karl Lauxmann, head of innovation, partnership and sales at Marketlend, says the product is breaking new ground in the small business payment sector.

"I haven't seen anything like this in the industry. I've been around payments for 13-plus years, and I've been heavily involved in b2b payments for 8 years, and the flexibility we've got on this product, there's just no one doing it like we're doing it," he told Finder.

Having previously worked as head of strategic alliances at American Express, Lauxmann was approached by Marketlend founder and CEO Leo Tyndall to head up the new platform, which gives buyers extended interest-free terms on invoices, and lets suppliers get paid upfront, in return for a fee.

Unlike invoice financing, which is a form of debtor finance, Lauxmann describes UnLock more as a supply chain finance model, which is open to both buyers and suppliers. "Where it's unique is that either the supplier or the buyer can load the invoice on to the platform," he said.

"For the buyer, it really is cash in before cash out. The extended terms allow them to on-sell the product and get paid by their customer before they have to pay the suppliers. So there's not that cash flow gap that you find in a lot of industries."

"From the supplier perspective, they love having the risk off their books and not having to chase the debt."

Lauxmann has also been impressed by the way the product has opened up innovative solutions for businesses on both sides looking to improve their cash flow. "We've got buyers that are loading their supplier invoices, we're paying their supplier on the due date, and then we're extending the debt out by 60 days. So we're charging them for financing those 60 days, but what they're doing in the background is negotiating settlement discounts with their suppliers," he said.

For suppliers, UnLock also presents an opportunity to minimise risk. "The way one of the suppliers is using it is quite interesting. They're allowing their customers a certain limit and once they go over that limit or need extended terms they come to us, so that's helping them with their sales but not adding any incremental risk."

Following the promising reception in its first quarter, UnLock is targeting $100 million in buyer limits in the next 12 months, and Lauxmann believes the sector could quickly establish itself as a mainstream business finance option over the next few years.

"A lot of companies have focused on the debtor finance products, but I think we've really got the market for this supply chain finance model."