Are unlimited mobile data plans too slow for their own good? 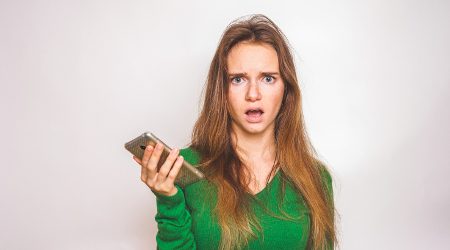 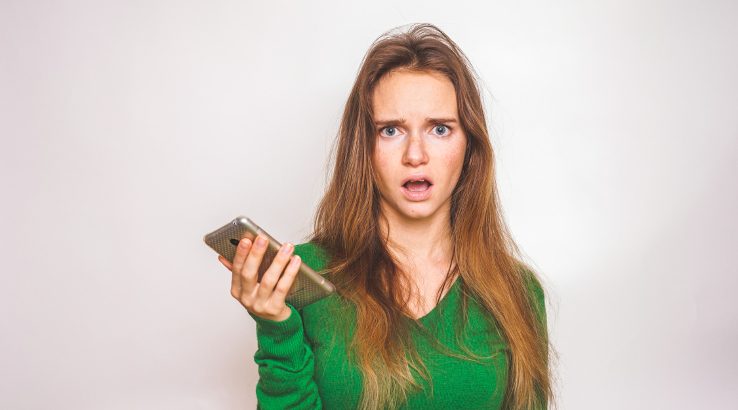 Unlimited mobile data sounds too good to be true – and for some users, it definitely is.

Australians have been yearning for mobile plans with unlimited data for quite some time now, but it's only recently that any have started rolling out across the country. In the last few weeks, Telstra, Vodafone, Optus and newcomer TPG have announced plans to offer "unlimited" mobile services alongside their traditional capped plans, seemingly answering the prayers of data-hungry Aussies wanting to stay connected on the go.

Unfortunately, these "unlimited" plans aren't quite as generous as they first seem. While they do technically offer unlimited data without any excess usage fees, they work similarly to many capped home broadband plans in that they limit your Internet speed once you've hit a certain data threshold each month.

Vodafone's Unlimited $60 plan, for instance, lets you browse, stream and download up to 40GB of data at full 4G speeds each month before restricting your connection to a maximum of just 1.5Mbps. Since standard 4G speeds average in excess of 20Mbps, this is a significant reduction that impacts what you can and can't do with your mobile service.

Telstra and Optus offer similar speeds, limiting you to that same 1.5Mbps – Optus even restricts you from the get-go by not offering a max-speed data cap at all. TPG's limits are even lower, offering maximum unlimited speeds of just 1Mbps. To top it off, these speeds aren't guaranteed since Telstra, Optus and Vodafone all warn of even slower speeds during peak usage periods.

However, let's assume that 1.5Mbps is what you'll get most of the time after exceeding your max-speed data cap. What kind of experience can you expect at this speed?

Can I stream video?

The big three network providers claim that 1.5Mbps is sufficient to stream video services on the go, but this is only partially true. Netflix does indeed support streaming at 1.5Mbps, but this only provides video quality that is less than standard definition. At this quality, video is blurry and pixelated, making for a pretty iffy streaming experience. To see for yourself how rough it is, check out the low quality image in our guide to Netflix data usage.

Should you subscribe to Stan, Foxtel Now or another video streaming service, you'll find the 1.5Mbps unlimited speed even less suitable. Stan recommends a minimum of 2Mbps for "good" picture quality, which is once again lower quality than standard definition, while Foxtel Now requires a minimum of 3Mbps for its lowest quality settings.

In short, even if streaming video is technically possible on a 1.5Mbps connection, it's likely to be a volatile experience involving blocky video, distorted audio and regular buffering at the best of times.

Can I stream audio?

Streaming audio requires considerably less data than streaming video, and a 1.5Mbps connection is typically more than enough to listen to your favourite tunes on services like Spotify, Apple Music and Google Play Music.

Most of these services support multiple audio bitrates, too, giving you the option to scale down from high-quality 320kbps audio to as low as 96kbps in the event of Internet congestion or poor mobile reception. It's not a perfect solution, but low-bitrate audio is far more palatable than overly-compressed video.

Can I browse the Internet?

Missing out on your mobile Netflix fix is one thing, but what about general web browsing? Social media is a big part of modern culture, and keeping up with the goings-on of friends, family and the world at large is practically an expectation these days.

Fortunately, even with a limited 1.5Mbps connection, you shouldn't have any trouble navigating the wilds of the World Wide Web – so long as you're prepared to exercise a little patience, that is. Loading a web page on a 1.5Mbps connection is noticeably slower than on a typical 4G connection, with images taking longer to display and interactive elements like buttons and menus responding with a pronounced delay.

Note: For clarity, the below tests were conducted without any web caching on the mobile versions of each site.

Delays of a few seconds here and there might not seem like much, but bear in mind that the impact is much greater over a full browsing session. If, for example, you clicked through ten news stories on the Herald Sun website, you'd be looking at around a minute of additional thumb-twiddling time on a 1.5Mbps connection. Spread that over multiple sites and browsing sessions, and you can kiss goodbye to a significant chunk of your day.

Using your smartphone as a mobile hotspot is common practice these days. Known as "tethering", this allows you to share your mobile broadband connection with other devices, whether it be your laptop, your tablet or your friend's data-dry smartphone.

Unfortunately, this handy feature loses a lot of its value over a 1.5Mbps connection. Delays inherent in the tethering process combine with the extra time spent routing the Internet connection from your phone to the connected device, resulting in an even slower connection than when browsing directly from your phone. Start tethering multiple devices to your smartphone at the same time and the connection will bog down even more dramatically, to the point where loading a single web page can take upwards of 60 seconds.

There's no two ways about it: 1.5Mbps is slow. So much of the modern Internet is built for high-speed broadband connections, and even pared-down, mobile-friendly websites exhibit noticeable performance issues when loaded at the "unlimited" speeds currently on offer.

Yes, streaming TV shows and movies is possible, but you'll likely have to deal with poor image quality and frequent interruptions as your video is buffered. Streaming audio should be fine, though you'll want to scrap the notion of streaming your favourite songs in the background while you browse social media or play an online game – unless you're a fan of stuttering audio and web page timeouts.

Browsing the web, at least, is relatively feasible over a 1.5Mbps connection. As mentioned above, though, you'll need to steel yourself for plenty of downtime as images crawl their way over the limited 4G Internet highway.

Ultimately, if you're content with only light Internet browsing and audio streaming after exhausting the max-speed data caps Telstra, Vodafone and TPG offer with their unlimited mobile plans (Optus plans are speed-limited from the get-go), 1.5Mbps will likely serve you just fine. On the other hand, if you've been waiting for true unlimited plans in the same vein as NBN and ADSL home broadband services, you'll just have to keep waiting.

Are unlimited mobile data plans worth it?

Considering the limitations of "unlimited" data at 1.5Mbps, it's worth looking at how much extra you're actually paying for the privilege of constant Internet access. Vodafone and Telstra charge $60 a month and $69 a month respectively for 40GB of full-speed data on their unlimited plans, which is quite a premium on what other providers charge for 40GB on its own. As you can see in the table below, you could save as much as $20 a month by shopping around for a standard 40GB capped plan with other providers: