The first casualty is fun and it doesn't rise again.

First impressions count. Every Resident Evil game knows this. That's why triggering any “press start” screen in the franchise comes with a gleeful statement of intent, delivered by a psycho voice-over guy who sounds like he's been ripped right out of Michael Jackson's Thriller. This new Resident Evil spin-off, known as Umbrella Corps, breaks tradition by having its title introduced by an Irma from Scooby Doo sound-a-like with a head cold.

It's a baffling icebreaker, and from there the confusing design decisions start to pile up more rapidly than your bodycount.

Umbrella Corps is pitched as a tactical multiplayer shooter, but it also includes a story painfully stretched across a barebones single-player offering. Roughly two years after the last adventure, Resident Evil 6, competing evil companies have hired teams of mercenaries to go pick through the ruins of Umbrella Corporation's old evil lairs. What starts as a quest to uncover secret bio-weapon tech soon devolves into a turf war between the suits, their merc “lab rats”, and the diseased freaks still getting their shamble on.

Even if you've never taken on evil before, resident or otherwise, Umbrella Corp's basic and advanced tutorials will get you ready to teabag other humans, and the living-impaired, in no time. My initial impressions of the game were that of a faster paced shooter reminiscent of Resident Evil 6's over-the-shoulder-camera shenanigans. First-person shooter fans don't have to make do with this viewpoint, however, as L2 offers you an “analog aim” that lets you use your iron sights to pop zombie chops with precision. 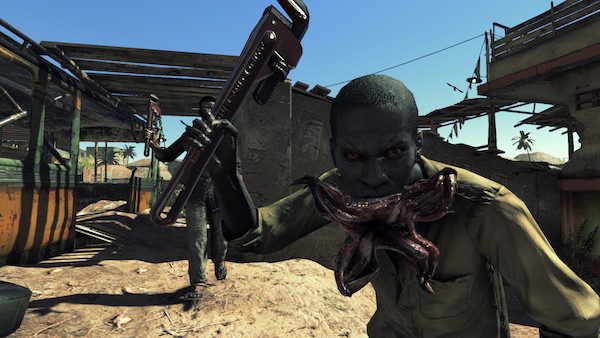 Other creature comforts include the ability to whip out your sidearm, seize one of the undead and use that stinking meatbag as a moveable shield. This may sound to like a great way to get yourself gnawed to the bone quicker than anybody between Jabba the Hutt and his KFC – but in reality the danger is low. The zombie AI here really is beyond stupid. They'll ignore the chatter of your submachine gun if they're not on the receiving end, and even if you do coax them into a run state, there's a good-to-certain chance they'll make sweet undead love to a wall before zeroing in on your organs.

The solo content is something of a push over

The game tries to explain their ambivalence away with “zombie jammer” technology. But even when you do target another human player and disengage said anti-zombie-Wi-Fi (in hopes of turning your human foes into lunch), the zombie dogs and bipedal corpses rarely connect the dots well enough to be a serious threat. As such, the solo content called “The Experiment” – a 20 mission affair where hordes of these idiots try to bite you – is something of a push over. 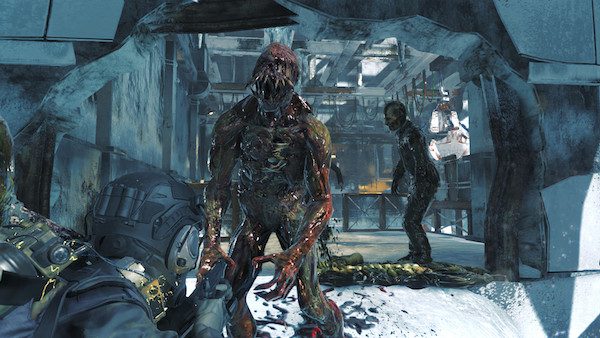 The only palpable sense of fear or “survival horror” to be felt here comes from getting ambushed due to poor spatial awareness (caused by the overly close camera) or when there's low ammo stress due to enemies endlessly spawning out of small puddles of viscera. Oh, you'll also feel your sphincter pucker whenever you find yourself caught in Umbrella's most nefarious and rusty trap: its cover-system.

Too often did I die in the heat of the moment due to this ridiculous and arbitrary restrain.

Attaching to cover, peek shooting, and blind-firing are all functional enough. When you get flanked, a common occurrence in any claustrophobia-inducing arena filled with AI enemies, it is simply unforgivable that your aiming gets blinkered when you turn to your extreme left or right. No intuitive auto-detach occurs, either. You simply cannot track the things running in to kill you. Too often did I die in the heat of the moment due to this ridiculous and arbitrary restraint.

The heart of this package is its round-based 3 v 3 multiplayer, and even in the most ideal conditions it beats rather weakly. The most intense choice out of the two modes is One Life Match which does exactly what it says on the tin. One noobish incident and all you can do is helpfully call out enemy positions from the spectator mode, or alternatively bitch about your teammate's inability to protect you. The other mode is a Multi-Mission affair whose randomising objectives constantly push you and your team out of your comfort zones in order to pursue securable objects, and specific targets. None of these said objectives will win any awards for innovation. 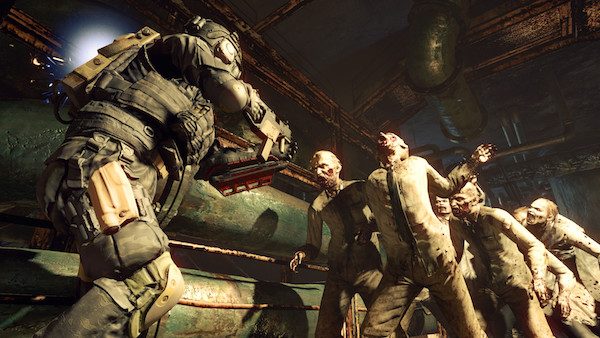 Admittedly, matches can feel quite engaging in these compact, multi-storey arenas; especially when you know how to pincer move as a team, turn the local denizens to your advantage, and understand how to use everybody's unspecific radar signals to trick your enemies. I'd also like to voice my appreciation of some fantastic fan service maps set in Resident Evil 2's Raccoon City.

The multiplayer on offer is passable when in good company, and the fact that you're ranking for (mostly) cosmetic gains should maintain an equal playing field. Unfortunately, I found is that there simply aren't enough decent players on the servers right now. And I'm not talking about skill-level here; it's more a case of partnering up with people who don't communicate (either on mic or with the in-built, pre-match tactics wheel) and a lot of folks seem obsessed with The Brainer. Think: a climbing axe meets a scythe, increased run speed, plus the user can block incoming headshots by using a small shield mounted on their forearm. At the time of writing, The Brainer is more than a little overpowered. That said, I still feel no desire to use it. Its ungainly movement and attack animations are incredibly stiff and unsatisfying. 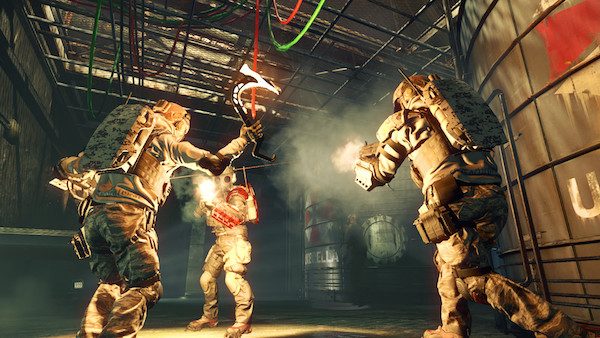 I'm a huge day-one Resident Evil fan, but I'm also one who understands that this franchise needs to welcome some much needed evolution. However, this oddball mix of Resident Evil 6 and Call of Duty-style multiplayer shenanigans isn't where Capcom should invest its future efforts. Even if you can find the right crew to bust heads and rank up with, I think the sheer dearth of content, and an all-pervasive clunkiness will murder any long-term enjoyment of this game.

We reviewed Umbrella Corps on PC with a copy provided by the publisher. 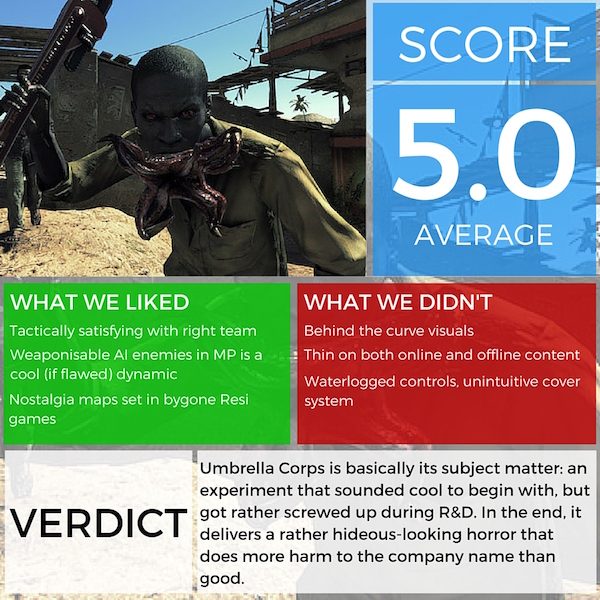 Trials of the Blood Dragon review: “Trials deserves better than this” LEGO Star Wars The Force Awakens Review: Not just another brick in the wall