Uluru climbing ban to come in 2019 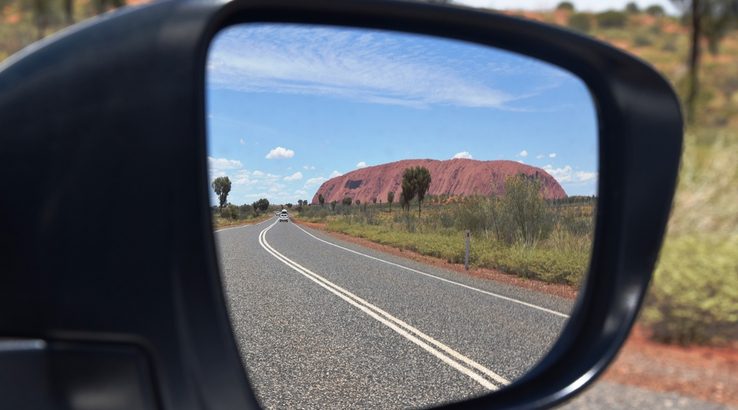 A good idea in hindsight.

For years now, visitors have been strongly discouraged from climbing Uluru, or Ayers Rock as some still call it, but the climb hasn't been outright banned.

That's set to change on 26 October 2019. The exact date has been chosen as the 34th anniversary of Uluru being officially returned to the traditional Anangu landowners, who had lived there for 40,000 before being ousted by early European settlers.

Although the land was returned in 1984, and the traditional Anangu landowners have been shaping tourist experiences since then, they didn't have the clout to implement an outright ban.

It felt like a "gun to their head," said Sammy Wilson, Uluru Park board chairman, himself a native Aboriginal.

Instead, climbing has been strongly discouraged, and the number of visitors who have chosen to climb anyway has been dwindling for years.

"We, the traditional Anangu owners, have this to say," reads an impossible to miss sign at the base. "Uluru is sacred in our culture, a place of great knowledge. Under our traditional law, climbing is not permitted. This is our home. Please don’t climb."

Despite the decline, tens of thousands of people each year make the climb anyway.

Proponents of the ban argue that it's a matter of safety as well as cultural significance, and point out that there are 36 documented climbing deaths among visitors since the 1940s, with the most recent being in 2010. Many more have needed to be rescued after getting stuck.

The sustainability of climbing has also been called into question. If you know what to look for, the usual climbing routes are visible from a long way off, having been worn away by thousands of shoes treading a path up the rock over the years.

Graffiti, litter and other pollutants, like those left by climbers with poor bladder control, have also impacted the area.

Controversy around the ban

Adam Giles the Northern Territory's chief minister, himself also an aboriginal, dismissed the idea as "ludicrous" and suggested that it was no different from tourists climbing the Sydney Harbour Bridge or ascending the Eiffel Tower.

"We should explore the idea of creating a climb with stringent safety conditions and rules enforcing spiritual respect," he said.

Proponents of the ban have pointed out that spiritual respect and climbing Uluru are just plain mutually exclusive.

Many tour companies are also confident that the ban won't hurt visitor numbers, and might actually help. They argue that maintaining Uluru's credentials as a sustainable natural attraction, and adding a cultural facet by teaching about the ban and the reasoning behind it, could boost visitor numbers.

They probably have a point. Genuine Aboriginal cultural experiences are in high demand among tourists, and to date the declining numbers of climbers hasn't hurt total visitor numbers.