UberEats grocery delivery review: A convenient option if you already have the app

Quick verdict: A great option, especially if you already have the UberEats app.

Being an established brand, UberEats was always well positioned to add quick grocery delivery to its repertoire. As these services became more popular during the pandemic, it even had a leg up with its network of drivers and pre-existing app. But does technically being the biggest mean it's the best? 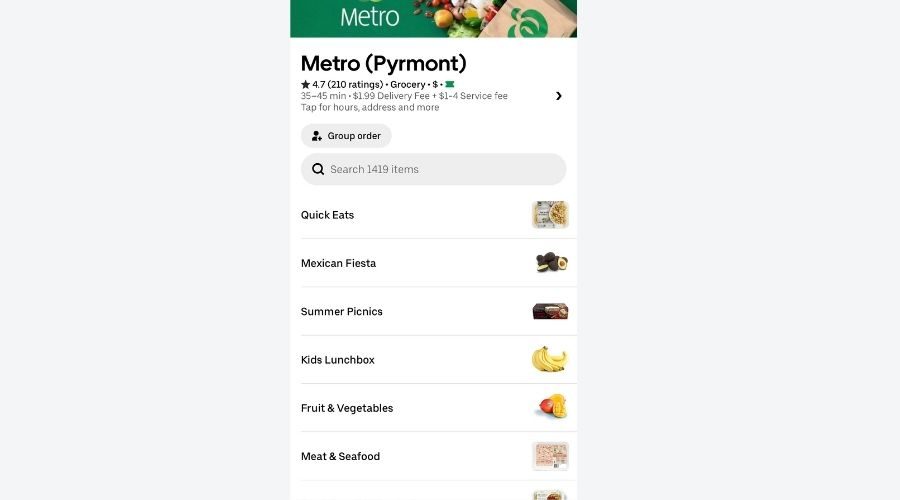 When it comes to cost, UberEats sits somewhere in the middle compared to its competitors.

It's worth remembering the product pricing will vary, depending on the store you select. It also may get pricier the further you get out of a CBD.

For example, I found UberEats grocery delivery to have quite similar prices to the likes of MILKRUN and Voly in the middle of the Sydney CBD. And this was great.

However, the items were a little more expensive when ordering to my house, which is about 25 minutes out of the city. This isn't ideal, but the other apps don't allow me to use them at home yet. Uber does.

What did let me down a bit was some hidden delivery costs. The number can vary but in the Sydney CBD the base delivery cost was just $1.99 – the same as Voly and cheaper than MILKRUN (unless you spend over $30, in which case MILKRUN delivery is free).

However, last year Uber introduced a "service fee" around the same time it launched its Uber Pass subscription model. This means non-members have to pay a few extra bucks in delivery costs as a base. You can pay even more if you want priority delivery.

This time around it was $2.20, bringing the total delivery to $4.39. On the plus side, it's still cheaper than Quicko and InstantGrocery. 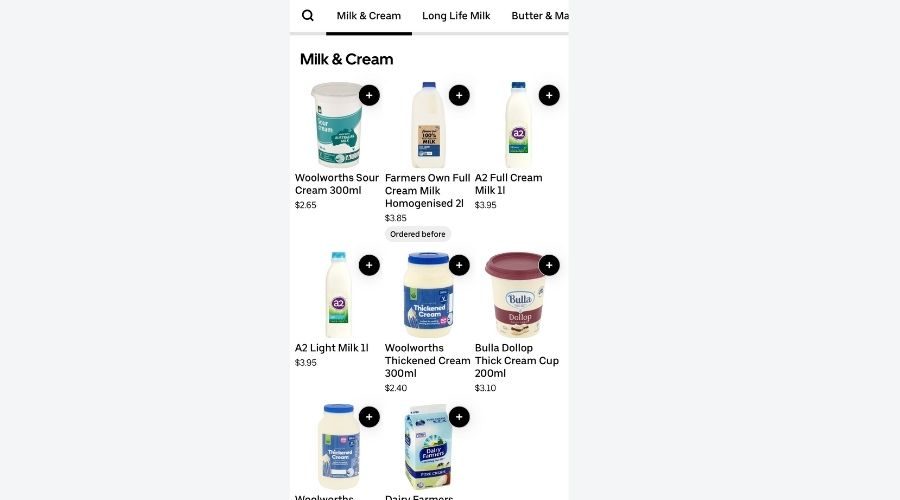 Despite having the most established delivery network, UberEats again sits in the middle when it comes to delivery service. It arrived within about an hour of ordering, which in the grand scheme of things is still great. And this can vary wildly. Some locations say 20–30 minutes while others are more like 45 minutes.

Comparatively, Quicko is between 1 and 2 hours and major chains like Woolworths only offer 2-hour delivery for around $15.

However, it's hard not to consider the fact that MILKRUN and Voly each offer 10–15 minutes delivery and they make good on that promise. It's incredibly impressive.

When it comes to customer service, it's been mixed. It mostly depends on who you get as your driver. I've had people who will bring the groceries up and are very communicative through the apps or calls, and others who aren't so much.

In the case of the most recent test, the driver insisted I pick up the groceries on the street. Every other delivery person from competitor apps came up to the office door.

You'll also have to keep an eye on your push notifications if you want to know if an item is out of stock. 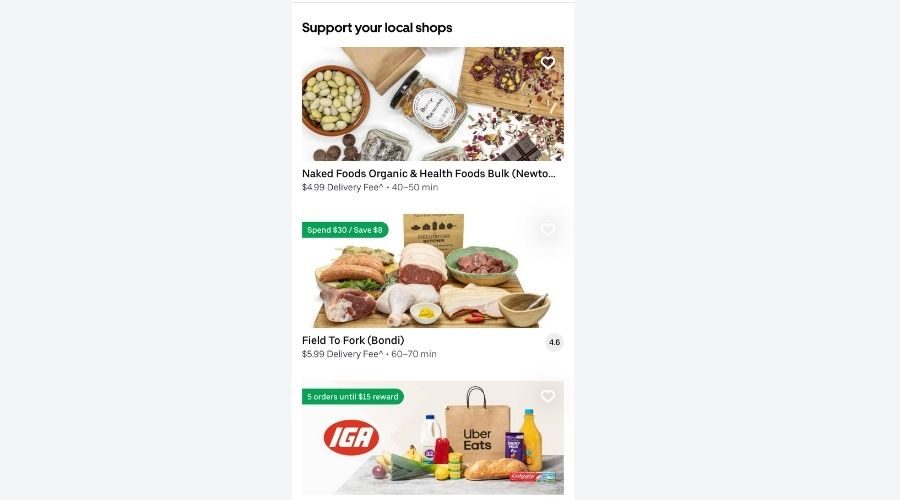 We have found UberEats to be on par with its competitors when it comes to item range. In fact, you're more likely to get what you're after because the drivers literally go into a store and get your groceries. Comparatively, MILKRUN and Voly seem to work to some dark warehouse system where there will be limited amounts of each item. This allows them to deliver incredibly quickly, but you run the risk of things being unavailable.

In general UberEats' range has everything from groceries, snacks and cleaning products to drinks, health and beauty and pet items.

How to use the UberEats app

The grocery section of the UberEats app is a breeze to use. It asks you to select your store of choice and from there you have sub categories you can then browse.

Unlike some competitors, it is not quite as attention grabbing and doesn't point you towards discounts and specials. This seems like a missed opportunity that will hopefully be rolled out in the future.

Should you use it?

Compared to some of the other "instant grocery delivery" apps in the market, UberEats isn't the quickest or the cheapest. It sits firmly in the middle, which isn't necessarily a bad thing.

After all, it's more widely available than MILKRUN and Voly, which don't deliver very far outside a couple of Australian CBDs. It also still offers pretty decent value for money, even with the service cost. And if you have Uber Pass, that's not something you need to worry about.

Plus, if you really don't want to download another app and are already used to the Uber UI, it does the job.

We ordered groceries from UberEats in the Sydney CBD with a cart total of $26.19, which included $1.99 delivery and a $2.20 service fee. We ordered a range of products, including milk and snacks. It was tested alongside other similar instant grocery delivery services.

The author has been a reviewer for over 7 years and won best reviewer in the 2021 IT Journalism Awards.

Tegan Jones is the global reviews editor at Finder and the host of our crypto and Web3 podcast, Block Climbing. An award winning journalist, she has been reporting on consumer tech, gaming and telecommunications for the past 10 years. She won best reviewer and best consumer tech coverage in the 2021 IT Journalism Awards. She regularly appears on ABC News, A Current Affair, The Project, Triple J and other mainstream media channels as an expert tech commentator. Her previous roles include editor and deputy editor of Gizmodo Australia, as well as commercial editor of Business Insider, Lifehacker, Kotaku and Gizmodo Australia. She is also the co-host of one of the top technology podcasts in Australia, Queens of the Drone Age.