Tyro director: Australia has to catch up to compete in the digital economy 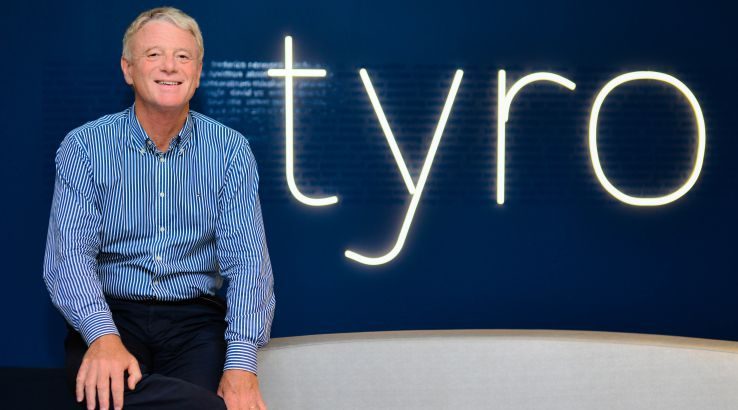 Jost Stollmann chats about open data and how Australia needs to "shamelessly learn" from its competitors.

Open data, or the idea that consumer and business data held by financial institutions should be more freely accessed, is a hot button issue in fintech. With the big banks positioned as gatekeepers and new fintech market entrants sometimes portrayed as the ones trying to pick the locks, there has been mounting tension around the issue of who owns the data that the banks hold, who should be able to grant access to that data and who should be able to access it.

Executive director of Tyro Payments Jost Stollmann believes that we need to learn from other markets to remain competitive and we need to do it soon.

"Given that others are far ahead of us, it's quite a good idea to shamelessly learn [from overseas markets]," Stollmann says. "Why reinvent if you can't make it better but only different?"

"Now, every country has a different culture and specificities that have to be taken into account. But when you're catching up – and I think we have to catch up – we need to create a sense of urgency and learning and move fast. So, yes, I would try to learn a lot from the work that others have done, shamelessly."

The debate about open data and open banking has been drawn out and Stollmann believes that the discourse from commentators has become complicated.

"Now, I'm blessed with a simple mind," he quips, explaining the three basic elements that he sees as part of a truly open system of banking.

"It would start with what you call open data. That's this revolutionary idea that you as a consumer or me as a business person, we actually own the data that the banks hold on our behalf. It's our data."

While he recognises the banks' hesitancy towards open data due to security concerns, he says, "An industry that makes $40 billion after-tax profit surely would be able to put its best mind on resolving that complicated problem."

The second element is also something Stollmann sees as a simple idea.

"I hold my money in my bank's deposit account. But it's my money. So I like to think that I can instruct the bank to have somebody do something with my money. Simple. So this is the open API."

The final element is account portability, whereby consumers and businesses can easily move accounts from one bank to another without the current hassle.

We've done it before

Not only is open data a reality for other markets overseas, but we've also done it before in Australia.

"There was no competition in telecommunication as long as the phone number was owned by the phone company and not by the consumer," says Stollmann.

However, when number portability was mandated by the Australian Competition and Consumer Commission (ACCC) in 1997, the "major friction disappeared".

"Account number portability would be great for competition because you decrease the hassle... But access to data is crucial," Sims said.

"The level of inertia we have in the system at the moment means that banks don’t have to do that."

How can we get there?

Stollmann thinks that recent proposals on open data, such as those put forward by the Productivity Commission, are a step in the right direction as they highlight that there is value in data and that there is an opportunity there.

For Stollmann, the path to open banking will be paved with clear government mandates and a push from within the financial industry.

"First, will there be a clear and robust mandate that forces the investment? There has to be a date, ideally stepped milestones and things, and then they have to be very clear and adamant that it's painful to miss the date."

"There also has to be a second wave that resolves the API problem."

And while Stollmann regrets the high concentration of banking in Australia, it can be used as an advantage when players act in the interest of the community, he says.

"For instance, the reason why Australia, in my opinion, is leading in contactless payments is because of Coles and Woolworths. They had clear interests in the technology shortening the time at the cashier. So they educated, they introduced the technology by swapping out their terminals and then they educated the Australian consumers who tend to go to Coles and Woolworths."

"Imagine if the banks could get their heads around sharing Know Your Customer [customer data]."

"It's a great opportunity."