ZitSticka Rundown: Do you know what type of pimple you have?

To put it simply, you can't treat a pimple properly if you don't know what type it is.

It's no secret that there are different kinds of pimples. As a result, there's no "one-size fits all" treatment for all zits. Different types of acne have different causes, from dirt and grime to hormones and genetics. We did some digging to find out what defines different types of pimples and how you can treat them with one single brand.

I've been trying ZitSticka out for about three months now and I really love the brand. Rather than just reviewing one item from the range, I wanted to discuss how each product caters to different types of acne so that if you have a certain pimple that I don't, you still know which product to use.

There are two types of zits

The easiest way to identify a whitehead is that they usually have a light or white centre that's surrounded by redness. Whiteheads do not often cause scarring and tend to be caused by oil or dead skin trapped within the hair follicle.

Blackheads are pesky little things that have plagued me my entire life. They're similar to whiteheads with a slight difference. Blackheads appear as small, dark or black spots that may be raised but most of the time lay flat on the skin. Blackheads are similar to whiteheads in that they're both caused by dirt or grime that's trapped under the skin. However, the reason these pimples turn black is because the inner whitehead is exposed to oxygen causing it to turn a darker colour. That's some science for ya. 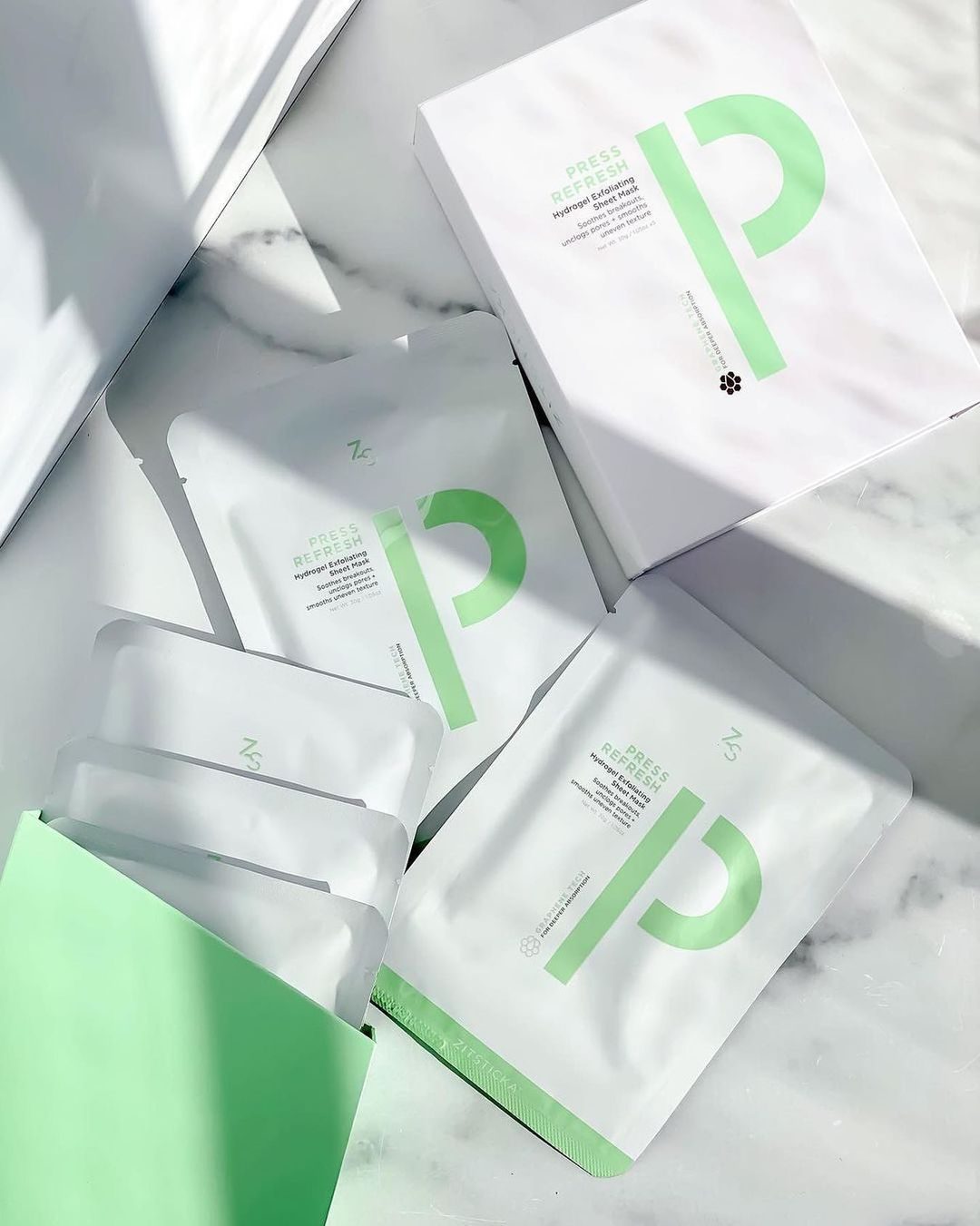 The number one rule of any pimple is do not pick at it. As tempting as it may be, you're only going to make it worse.

For these types of pimples, you really want to deep clean all of the gunk out of there. This is where liquid exfoliant ingredients come in. Liquid exfoliants cause cellular turnover, meaning they're going to penetrate your pimples and pull all the dirt out.

ZitSticka's Press Refresh sheet masks are jam-packed with AHAs (glycolic acid) and BHAs (salicylic acid) that actively work to yank out all the dirt that sits at the centre of your pimples.

Now, because active exfoliants can be a little harsh on the skin, this mask also contains niacinamide, hyaluronic acid and allantoin, which all help to hydrate and soothe the skin so it doesn't become irritated.

We all know the feeling (and the dread that comes with it) of a pimple coming on. These wee little bumps sit under your skin's surface with no point or head. Most pre-pimples are solid, raised and tender to the touch. They are typically surrounded by pink or red hues and usually swollen. Often, pre-pimples develop into blackheads or whiteheads when they become inflamed from trauma or irritation (such as picking!).

Now we're getting to the big boys. We all know that big angry pimples hurt like hell, and trying to pop them makes you a glutton for punishment. Pimples are large pink/red blemishes with a defined centre that tend to be sore. However, they can also come in the form of blind pimples, which have no head to them and again, hurt like hell. These little monsters are filled with white or yellow pus caused by dead immune cells and bacteria.

There are two options for treating pre-pimples and pimples with ZitSticka:

The Goo Getter dots are great for pimples with a defined centre. More focused on late-stage zits, these hydrocolloid patches absorb impurities, extract goo and reduce redness. Each GG patch is formulated with niacinamide, salicylic acid, vitamin C and tea tree to accelerate skin clearing and renewal. The other thing that makes these an absolute go-to is that they stop you from touching and picking at your pimples because they literally act as a barrier.

The Killa patches are for when you need to bring out the big guns. These patches have small microdarts that are packed with BHAs to penetrate them nasty pimples and dissolve them before they can get too bad.

Dermal lumps are located under the skin and are inflamed, hard and quite painful. These are larger and deeper than pre-pimples or pimples.

There currently aren't any good at-home treatments for dermal lumps. Your best bet is to talk to a dermatologist about the best treatment options for you.

Alex Hourigan is a Audience Development Lead at Finder. She's worked as a shopping, fashion, beauty and lifestyle creative for 5+ years. She's interested in about fashion, beauty, lifestyle and wellness content. Alex is extremely passionate about connecting with audiences and creating content that lives in your head rent free! You'll find her written, podcast, social and video work featured on sites such as MTV Australia and Elite Daily. She has a Bachelor of Arts in Media and Marketing from Macquarie University.