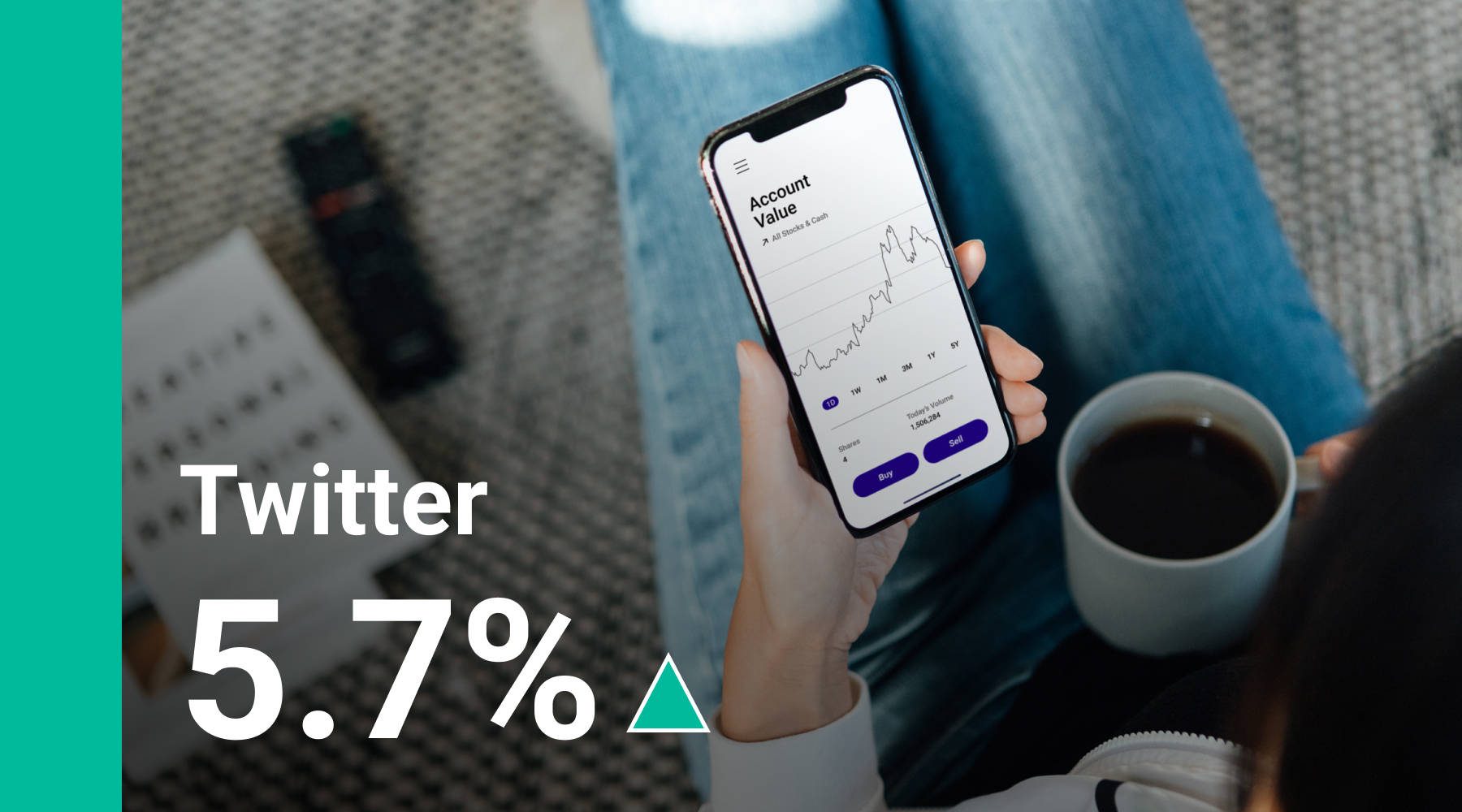 Shares in the social media giant have jumped 32% in the last month alone.

Shares in US social media platform Twitter (NYSE: TWTR) have climbed another 5.7% overnight to US$51.70 a share, in turn helping US stock markets close higher despite the otherwise gloomy sentiment among investors. Other technology stocks also rode on Twitter's tail, with shares in rival Facebook's parent Meta Platform (NASDAQ: FB), for example, gaining 1.6%.

Why is the Twitter stock price on a high?

Twitter shares have now added nearly a third in market value over the last month alone, and the latest rise comes after the company's board agreed on Monday to billionaire Elon Musk's US$44 billion (AU$61 billion) proposal to buy out all of its shares.

Musk, CEO of electric car giant Tesla (NASDAQ: TSLA) and the world's richest person, had taken a 9.2% stake in Twitter on 14 March and launched his bid to take over the social media platform on 14 April – in what will be one of the biggest leveraged buyout deals in history to take a listed company private.

Investors will receive US$54.20 for each Twitter share they own, the company said in a statement. The price is 38% more than the stock's close on 1 April, the last business day before Musk disclosed a significant stake in the company, sparking a share rally.

That also means Twitter shares still have a significant upside potential. Typically, shares in a company that has received a takeover offer will rise to match the offer price if the market is certain the deal will be completed.

The move comes as Twitter faces growing pressure from politicians and regulators over the content that appears on its platform. It has drawn critics from the left and right over its efforts to mediate misinformation on the platform.

Musk, who is one of the most popular figures on the social media platform with more than 83 million followers, has himself often landed in hot water for his often controversial tweets over the years.

Analysts believe the buyout will result in a management shakeout once the deal is completed later this year and allow Musk to make the changes he desires.

Despite its influence, Twitter has rarely turned a profit and user growth, particularly in its home market of the United States, has slowed in recent years. The company, founded in 2006, recorded founded in 2004, recorded US$5 billion in revenue in 2021 and had 217 million daily users globally and had 217 million daily users globally – a fraction of the figures claimed by other platforms such as Facebook.

New CEO Parag Agrawal had vowed last year to increase accountability, make decisions faster and to improve product rollouts. The company's ambitious goals for growth include increasing annual revenue to US$7.5 billion and hitting 315 million daily users by the end of 2023.

It remains to be seen how Musk will reshape the company, but the billionaire has proposed several changes including relaxing Twitter's content restrictions, getting rid of fake and automated accounts, and shifting away from its advertising-based revenue model.

Either way, investors believe the deal will focus attention on the long-suffering social media sector, which has been at the receiving end of the recent tech sell-off.

If you are keen to buy Twitter shares, you should consider investing through an online share trading platform. Make sure you select a platform that offers US-listed stocks.

Tips for trading after hours and on weekends

[SPONSORED] With earnings season in full…