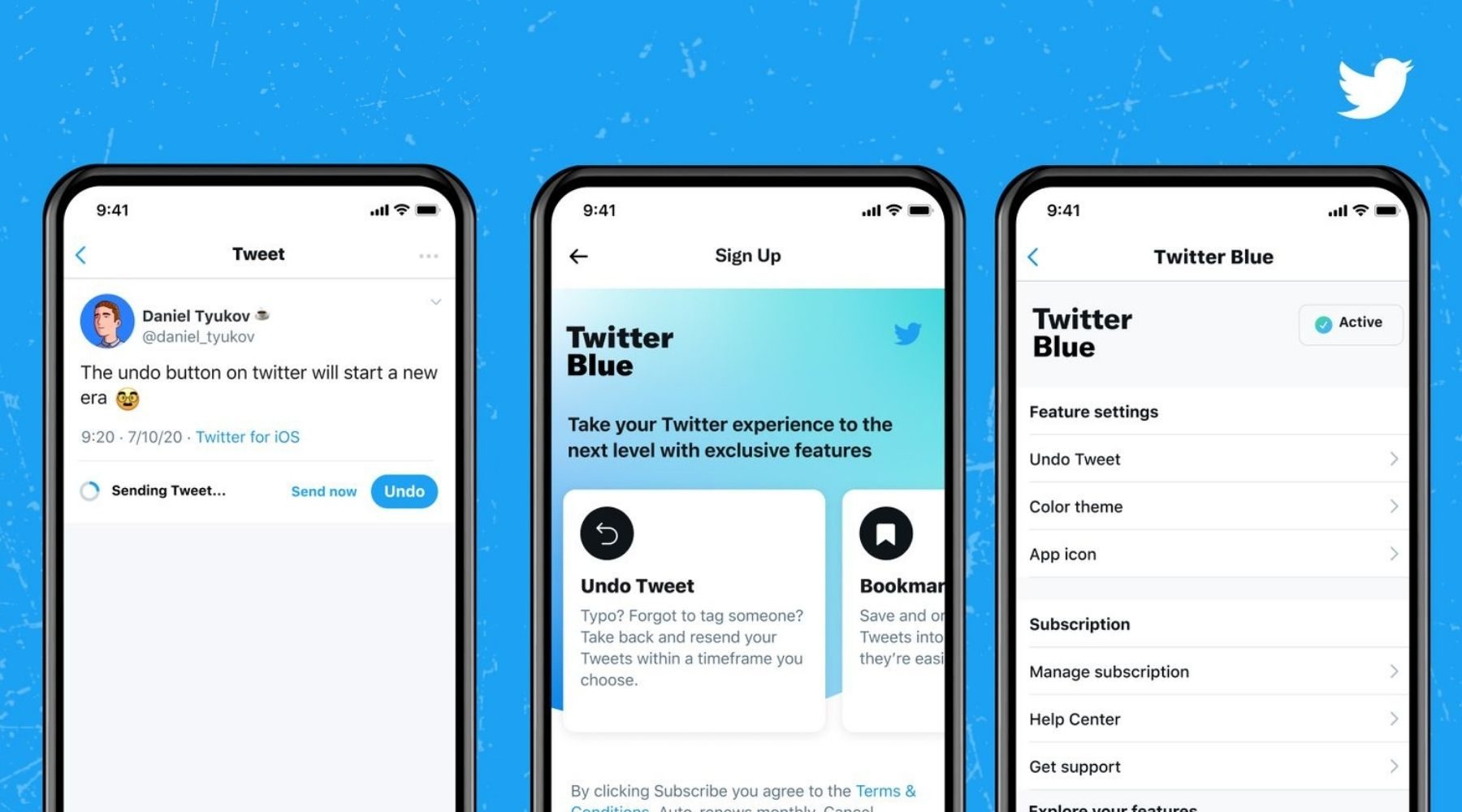 Here's everything included in Twitter Blue and how much it costs.

After months of rumours and teasing, Twitter has finally announced a premium tier for its social messaging app, dubbed "Twitter Blue". Aimed squarely at compulsive Twitter users, it provides a host of exclusive features for a monthly fee, effectively charging you to tweet.

The company is offering up its new service as a way to make your Twitter experience more customised, more expressive and, er, more "fire". (Its words, not ours.) Here's everything you need to know.

Twitter Blue costs $4.49 per month. That's quite the asking price when you consider most social messaging apps are free to use.

And that's your lot.

Currently, Twitter Blue is only available on iOS devices and through the Twitter web app. An Android release will be dropping "in the near future".

Twitter has promised to build out more perks and features in the future, but for now these are the only features contained in Twitter Blue. For $4.49, we think it's a bit scant.

We would definitely liked to have seen a more robust customer support service included as an incentive, for example. As it stands, Twitter Blue's support staff can only help for things like managing your subscription, accessing settings and general troubleshooting. For more serious issues like online harassment or your account being hacked, you're stuck with the same support avenues as everyone else.

Twitter is understandably keen to avoid the perception of customers paying for "preferred" customer support, but I think this was a missed opportunity. Dedicated customer care is a resource that costs money after all, so it's not unreasonable to charge a premium for it. (eBay Plus and Amazon Prime provide a similar incentive to paying customers.)

If you're not currently using the free version, Twitter Blue is unlikely to convince you to take the plunge. It's basically the same product with some extra bits that you have to pay for.

However, if you spend most of your waking hours meticulously crafting 280-character messages, the new features are arguably worth stumping up the cash for, especially the ability to "undo" tweets before anyone sees them. For the clumsy fingered among us, this feature alone makes Twitter Blue a tempting proposition.