Quick verdict: The Turtle Beach Recon 500 headphones aren't fancy looking, but for the most part, they deliver the gaming basics you'll want at a decent price. 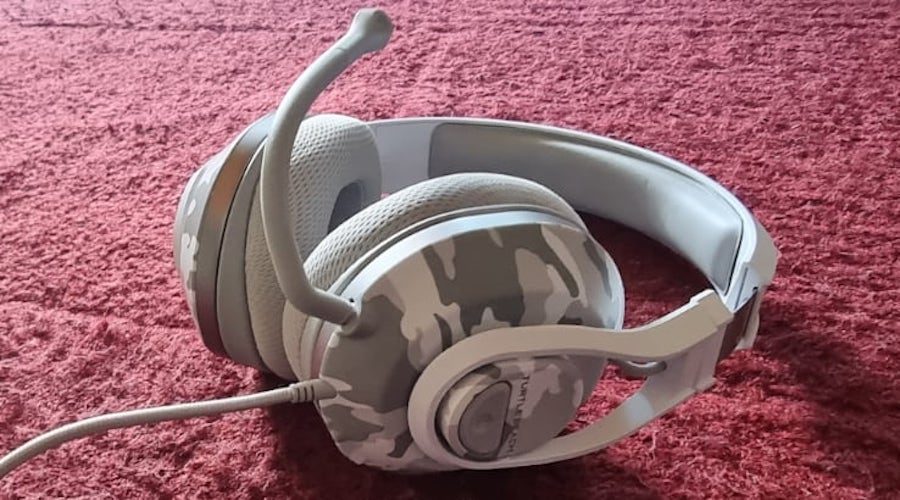 Turtle Beach's new Recon 500 headphones come in either a plain or fancy camouflage finish, but beyond that, they're quite regular, decent quality gaming headphones best suited to console gamers plugging into a controller. They're a comfortable, no-frills option – and that's all. 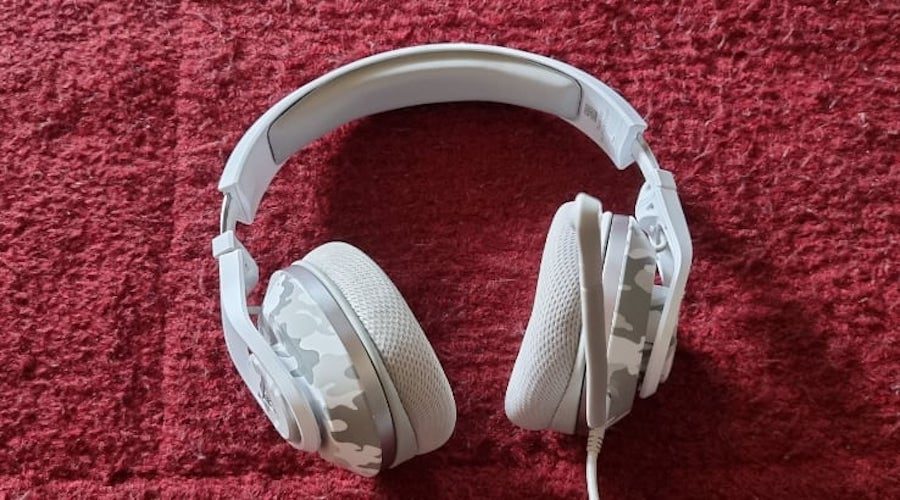 The Turtle Beach Recon 500 headphones tick just about every basic box you might expect out of a set of gaming headphones, but not a great deal more than that. That's mostly appropriate given their price point.

They're available in either a simple black finish or the slightly fancier Arctic Camo finish as tested. I won't say that the Arctic Camo was to my personal taste. I mean, it's a little cold while I'm writing this, but the genuine risk of polar bear attack feels low. Still, it's nice to have a little choice.

The build of the Turtle Beach Recon 500 is resolutely plastic, aside from the metal frame that runs underneath the headband. They're moderately flexible with a simple padded top for comfort over longer gaming sessions.

That softer approach extends to the ear cups, which use a padded memory foam cup that Turtle Beach specifically calls out as being more suitable for gamers who wear glasses. I fit entirely within that category, and I'm certainly all too painfully aware of the head fatigue caused by headphones that pinch the arms of your glasses to your head too tightly. Here, the Turtle Beach Recon 500 headphones perform very well, allowing for long gaming or listening sessions.

As you'd expect, there's an onboard microphone on a flexible stalk. Where we've seen a few models use a flip-down approach to muting or usage, there's no such functionality on the Turtle Beach Recon 500 headphones. Instead, there's an on-ear microphone mute button that's quite large and easy to hit if you do need to mute yourself mid-battle. It works well, but if you were also thinking of using the Turtle Beach Recon 500 for, say, podcasting, it's worth noting that hitting the button introduces a notable audio pop into your recordings. You won't be able to fool anyone that you're not muted when you are, in other words. 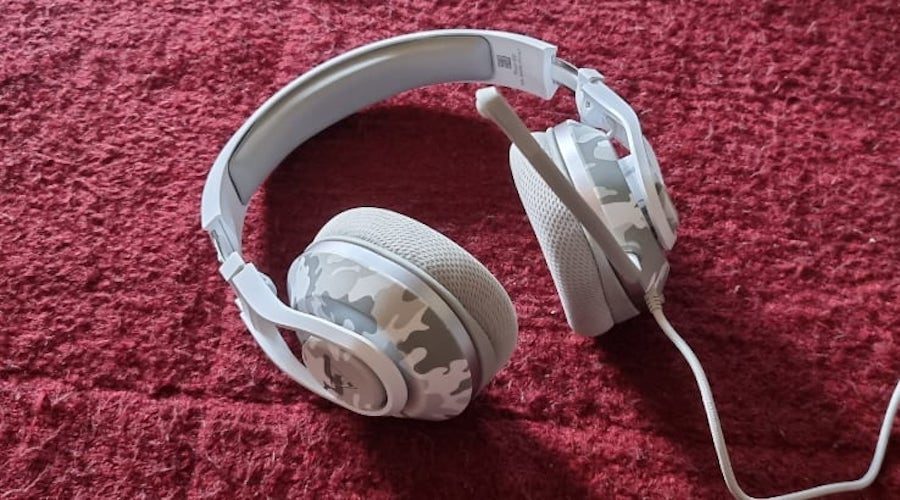 On the plus side, if you did just want to use the Turtle Beach Recon 500 headphones as headphones without the more obvious gaming connection, removing the microphone would make that rather easy. However, that's going to work better for the black set than the Arctic Camo, which just screams "gaming".

The Turtle Beach Recon 500 headphones have a simple and rather small volume dial on the left earpiece, just behind the braided cable that leads to a standard 3.5mm plug. Again, this is all very much par for the course for headphones designed primarily for gamers. The one catch here is that the cable only measures in at 1.3 metres.

If you're connecting to a controller that's plenty, but if you're using a desktop PC, you might find it a touch short unless you're already very close to your gaming rig. 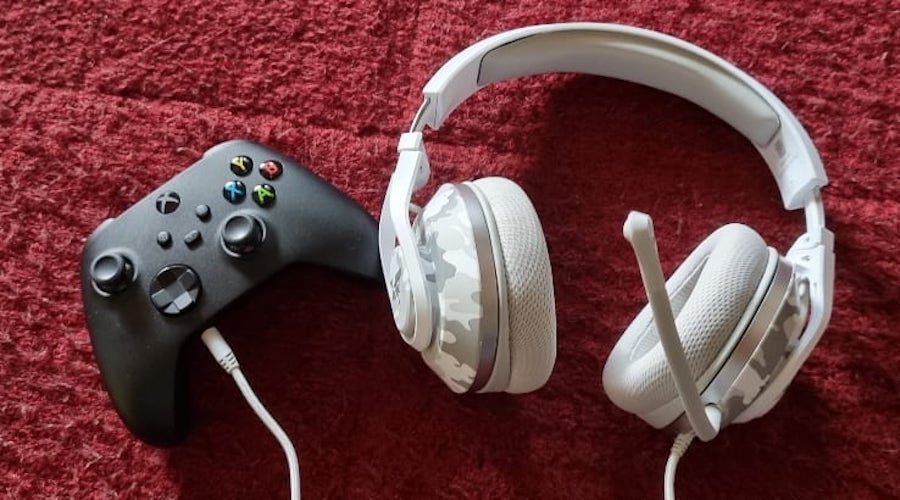 The use of a standard 3.5mm jack means that the Turtle Beach Recon 500 headphones will work with just about any bit of gaming gear you might have going. I've tested them with the Xbox Series X/S consoles, the PlayStation 5, Nintendo Switch and a bevy of handhelds.

It's probably not what Turtle Beach's designers specifically had in mind, but I can confirm that they'll work pretty nicely with the Neo Geo Pocket Color, although the sonic limitations of that ageing portable don't show off the Turtle Beach Recon 500 headphones to their best extent. 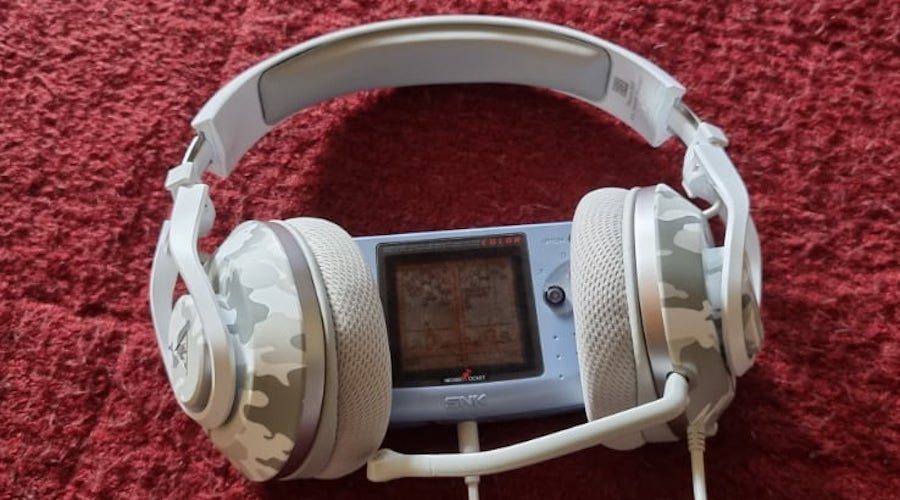 To really make the most of the Turtle Beach Recon 500 headphones, you're going to want to line it up with more modern fare, gaming-wise. Here the headphones' inbuilt 60mm drivers perform well, with good spatial audio that, rather predictably, tends towards bass tones to accentuate every shot as clearly as possible.

Playing through Spider-Man: Miles Morales on the PS5, I got a solid soundscape that represented the game's virtual New York City very well indeed, while switching to the frantic but silly action of EDF: World Brothers saw that game's more gun-heavy aesthetic well presented.

The included microphone takes some calibration to get right, but that's rather common for any flexible microphone.

Much of this will depend on your own vocal stylings while gaming or using the Turtle Beach Recon 500 headphones for virtual meetings. One issue I noticed early on was that the position that tended to pick up my voice the clearest also tended to grab just a little noise leakage from the headphones themselves. It's a positional trade-off, and I eventually settled on a spot where I could be heard clearly without my own headphones intervening.

Should you buy the Turtle Beach Recon 500? 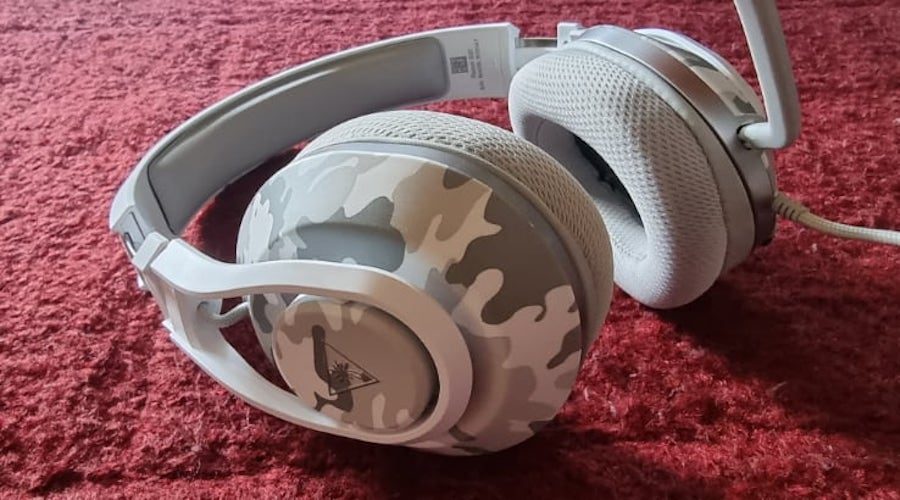 The Turtle Beach Recon 500 headphones sit in the lower end of gaming headphones in terms of pricing. For that asking price, what you get is a quite comfortable set of headphones with just a little bit of gaming style if you do opt for the Arctic Camo pair.

You don't get fancy audio features as you do with some competing sets, such as the similarly priced Nacon Rig 500 Pro HC Gen 2, but you do get a simple and effective set of headphones. 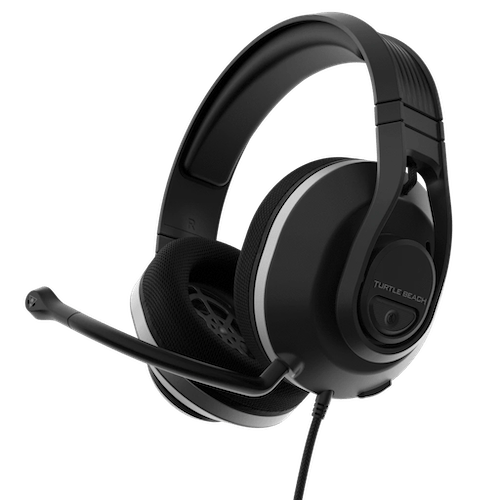 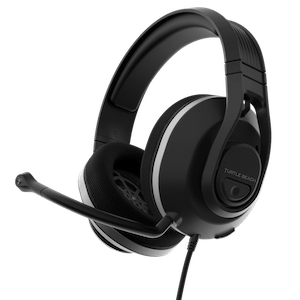