Turned 31 in the last year? 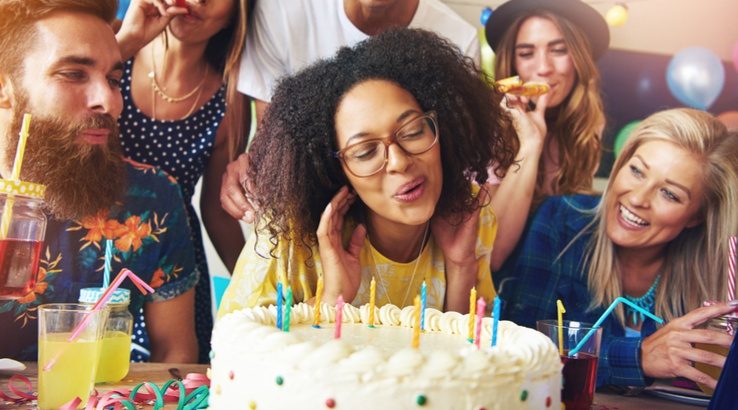 If you've blown out or will blow out 31 candles before 30 June this year, first, happy belated or future birthday. Second, let me ask you a question: do you have private health insurance with hospital cover?

This is an important question to consider before the end of the financial year because if you don't have an eligible hospital cover by the time 1 July rolls around and do decide to get private health insurance, even one day after the end of financial year, you'll be paying an additional 2% per year. This is all thanks to a lovely little government initiative called the Lifetime Health Cover loading (LHC).

Much like the Medicare Levy Surcharge (MLS) or the Private Health Insurance (PHI) Rebate, the LHC is designed to encourage you to take out private health insurance. Where the PHI Rebate is the carrot for taking out cover, the LHC and MLS are the stick.

The LHC is a 2% loading on your premiums for every year you don't have private health insurance, up to a maximum of 70%. And this loading remains in effect for 10 years. So, you need to ask yourself whether or not you:

b) Will take out health insurance in the future.

If you answered "Yes" to either of these options then you might want to consider getting cover before the end of the financial year.

Waiting til 40 to get cover

If we say the average singles hospital and extras policy today cost $2,000, by the time you looked at getting over at 40 that policy would cost $3,384. But that's without the LHC loading, that's just following the average 5.4% premium increase. That policy with the LHC loading would be $4,061. That's an extra $677 in year one alone, which by year 10 balloons to $1,087.

Over the 10 years of the LHC period, you're paying $8,673 in LHC penalties and these penalties go to the insurer, not into the public health system.

So, while you may have saved $16,957 over the 10 years you didn't have cover, your average premium per year is almost $2,000 more than someone who took out cover before 31. Plus, you weren't able to claim for hospital or extras benefits during that time. Nor were you able to claim your private health insurance as a deduction come tax time.

What is the PHI rebate?

Basically, the PHI rebate is the percent of your premiums you can claim each year based on both your age and how much you earn. Now, the amount you can claim has been decreasing at a rate of about 3% per annum in recent years but in 2018, a single earning under $90,000 can claim back 25.42%, which is roughly $500 of that $2,000 average premium from the above example.

If we use the same example as above, that person saved themselves $16,957 by waiting until 40 to take out cover. And that's great. But how does that look when you factor in the private health insurance rebate each year?

In this example, if you took out cover at 30 and even factored in a continuing decrease of the PHI rebate per year, by 40 you'd still wind up with a cumulative $5,628 in PHI rebates. While this isn't exactly "money in the bank", $5,628 in rebates 'ain't chump change.

Watch out for the Medicare Levy Surcharge

Waiting on getting cover can also put you at risk of paying the Medicare Levy Surcharge (MLS). The MLS is a penalty that affects singles earning over $90,000 and families earning over $180,000 and means you'll pay a levy of between 1% and 1.5% of your annual income (depending on how much you make).

Getting cover now vs later

It's all about weighing up the pros and the cons. If you've missed the boat and you're in your early 30s and considering getting cover, your LHC payment is going to be relatively small. Sure, not getting private health insurance until later is cheaper but if you do end up getting cover later the yearly premiums are punitive.

The worst part about the LHC is that the gap between those paying and those not paying the LHC gets worse with every year. Just have a look at how much you'd be paying if you waited until 65 to get cover and wound up paying a loading of 70%!

If you're thinking about getting private health insurance it pays to compare your options. Use our comparison tool to select the hospital and extras benefits you need and see if you can find a cover that's right for you.