We break down what TunnelBear brings to the crowded market of VPN providers. 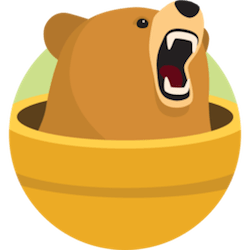 How to hide your IP address

When it comes to selecting a VPN it's pretty rare to find a company that isn't out to hit you over the head with jargon – to befuddle newbies with borax. In this regard, the panache-having, pun-slinging service known as TunnelBear is a breath of fresh air. Think of it as 'My First VPN' but with a decent features set and performance results to make it worth considering seriously.

This Ontario-based company also earns extra points for being very upfront about its operation – sadly, a rare thing in the field of VPNs. The no-nonsense privacy policy is laid out cleanly on a stylish website and you can get a fair idea of the team operating in its 'cave'.

Beyond TunnelBear's slick presentation the concept here is the same as most other VPNs: privacy via IP masking and tunnelling to make the Internet as open as possible for you. In laybear's terms you have a bunch of grizzlies securing your personal information from prying third-parties and hackers via powerful 256-bit encryption (while also not logging your activity themselves).

The only concern you should have going in is the diminutive size of TunnelBear's server operation compared to its competitors. That and its limited payment methods might be a hurdle for those of you hoping to become truly anonymous. But we'll burrow into all that in a minute...

What features does TunnelBear offer?

TunnelBear provides a couple of freebie options for new users. You can sign up today with an email address and password to try your hand (or paw) at the 500MB worth of this service. Obviously, that's a paltry amount, so you can recharge your bandwidth with a further 1GB if you tweet about TunnelBear. It's a pretty nifty win-win where you get a taste of the full experience while the Bears get some free advertising. The paid plans will need to kick in after this point but they're reasonably priced (more on this below).

When it comes to privacy TunnelBear offers the simple promise you'll get at almost every VPN homepage: "TunnelBear does NOT log any activity of customers connected to our service. Period. Your privacy is paramount." The policy is available online, is laid out in clear terms and isn't of a War and Peace length.

Though TunnelBear's app is incredibly easy to set up and looks basic on the surface it's doing a lot more than you think in the background in terms of security. First off there's the obligatory kill switch and an impressive GhostBear function that makes your clandestine online activities seem more like regular internet traffic. The client also blocks DNS leaks automatically and you can configure it to use TCP connections for better reliability.

Better yet, the many apps provided by the company regularly undergo independent code audits. Basically, a third party will test the security of TunnelBear's operation and the results of this are publicly released. Few VPN services offer this sort of transparency. Big plus.

While app usability, security and very low pricing are always appreciated, TunnelBear is missing a few features that are more or less standard with its many competitors. It's a shame that you can't select from a wide array of protocols in the proprietary app – not a big deal for newbies, but an annoyance for more experienced users who like to tinker. TunnelBear also doesn't deal in specialised servers (and up until recently the company was staunchly anti-P2P, too).

Beyond the aforementioned, TunnelBear is notably thin on advanced features when compared to larger operations like NordVPN, PureVPN and the like. That said, having fewer options may be just the thing if you're a new, hopelessly out of depth VPN user. And hey, if you do have newbie concerns and questions TunnelBear has a fast ticketing system staffed by a lovely support crew who all speak in bear puns.

How much does TunnelBear cost?

What payment methods does TunnelBear accept?

Unfortunately, TunnelBear is incredibly thin on payment options when compared to its competitors. You're limited to Visa, Mastercard and American Express.

What devices does TunnelBear support?

You can log up to five devices with your TunnelBear account at any one time. Chrome and Opera extensions are available and the platforms supported are pretty standard (though a lack of Linux love is a bit of a minus):

What servers does TunnelBear offer?

TunnelBear currently offers servers in 20 locations, which is a low number compared to most VPNs we've tried that boast 100+ locales. The company isn't very forthcoming about how many servers it employs for the service. This suggests it might be lower than average.

We ran three seperate speed tests in each category below and averaged the results.

How does TunnelBear compare?