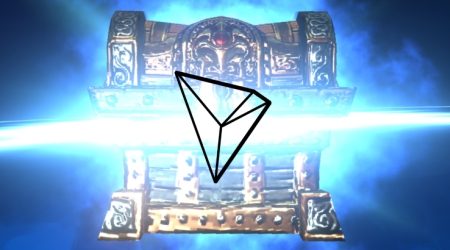 This new partnership will allow gamers to buy in-game items with Tronix (TRX) and retain ownership of their use across game worlds. 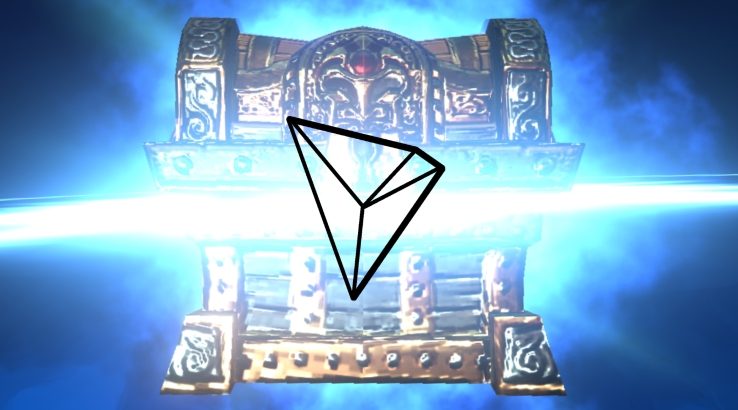 We’re barely at the beginning of the blockchain revolution, especially in regards to its use in video gaming, and one of the first innovations the technology is looking to provide centres on item ownership. As it currently stands, if you find (or buy as DLC) some sort of epic item in a game, it does not manifest as an actual token, an asset with value. It may be tied to your profile or your in-game character, but you do not own it. It is sitting on the developer’s server somewhere and forever stuck within your singular gaming experience.

It’s clear that one of the first ways we will see blockchain enter the video game (and wider software) landscape is in giving players genuine ownership of their virtual items. Whether they are discovered, created or purchased in-game, a blockchain enabled title will be able to assign ownership (and even a value) of that item to a private wallet held outside (and outside the control) of the game.

If there was one blockchain network in particular we could expect to jump into this scene, it is Tron. Tron’s aim, after all, is to revolutionise the entertainment medium by cutting out the middleman in the transfer of digital assets between artist and user. In the case of a video game, that would, for example, allow a user to receive some epic loot in a game and then transfer that to another player or game, or otherwise use it as they please.

While to some extent this already occurs in some video games, it’s plagued by scams, fraud, price gauging, inexplicable price differences between regions and more. The secure, decentralised nature of a blockchain takes an axe to all of that and represents a stunning new future for the world of video gaming.

Now Tron has taken its first steps towards realising this possibility by partnering with a blockchain gaming platform called BitGuild.

BitGuild is a platform that aims to emancipate the virtual in-game item economy, freeing it from the control of the developers and the manipulation of scammers, and putting it in the hands of those paying for it – the gamers. It’s the brainchild of Jared Psigoda, who is combining his decades of frustration as a gamer trading items with his experience as a pioneer in the Real-Money Trading industry – namely with Reality Squared Games – to solve this issue.

His BitGuild platform seeks to be an all-in-one solution for the peer-to-peer gaming economy, including an item auction house, crowdfunding solution, community hub and marketplace, which will be powered by its own cryptocurrency, PLAT. The initial coin offering for PLAT actually just went live, not coincidently timed with the Tron reveal.

Ahead of the ICO, Psigoda was quite vocal about the problem BitGuild and PLAT will solve.

“Traditional real money trade websites engage in the sale of video game currencies, items, and power levelling services. None of the items sold on these websites are tokenised on the blockchain, nor does the buyer or seller at any point in time actually ‘own’ the items. In exchange for their money, gamers are purchasing the ‘right to use an item’ subject to the developer of the game’s Terms of Service and End User License Agreement.”

“At any point in time, the game developer could ban the user’s account, and they would lose all of the game items they owned. This happens all of the time, especially in games where developers have specifically stated it is against the ToS to engage in the trade of in-game items for cold hard cash. In addition, these platforms are subject to rampant fraud, with players getting scammed by shady sellers and sellers getting scammed by fraudulent buyers.”

“Blockchain virtual item exchange solutions like DMarket and WAX are great companies that allow for the cross-game trading of items from some of the top games out there,” Psigoda said. “They primarily focus on working with existing game developers to allow for the rights to their items to be transferred in a frictionless manner over the blockchain. Unfortunately, most of the assets being transferred are not blockchain assets. BitGuild believes that blockchain games will be an entirely new class of games where the game characters and items themselves are tokenised and exist within the players’ digital wallets.”

“We have been following the Tron project for quite a while and realise that they have one of the most active, engaging communities in this industry,” Psigoda added. “We believe that in the current market environment, the era of ‘whitepapers and grand visions’ may be coming to an end, and the time has come to develop real applications on top of this amazing technology for end-users to interact with. Gamers have always been on the forefront of picking up new technologies, and a truly fun game, if it is able to educate new users on blockchain and cryptocurrencies, could be beneficial for the whole industry. The Tron community is young and tech-savvy, making them perfect partners for us to cooperate with on gaming projects.”

How will the partnership between Tron and BitGuild work?

The partnership between Tron and BitGuild feels very much like a toe in the water deal where the concept isn’t being pushed anywhere near its limits. BitGuild is developing some limited edition, in-game assets that will be sold to the Tron community. These can be bought with Tronix (TRX), the Tron cryptocurrency. These assets will represent the Tron brand and BitGuild did not rule out making them available on their own platform’s marketplace in the future as well.

What those assets will look like was not revealed. Are they skins? Bonuses? Upgrades? And what game will these assets be used in? Tron is in the world’s top 15 cryptocurrencies by market cap, so the partnership isn’t insignificant for BitGuild, but we fear information is way too thin on the ground at present for this announcement to gain any real momentum within the gaming community.

As for Tron’s position on it all, founder Justin Sun had this to say: “Online gaming is a growing and huge market and Tron has always put online gaming at the core of online development. Jared Psigoda and his team have extensive experience in online games and online entertainment. I believe the blockchain online game landscape will be further expanded through the strategic cooperation between Tron and BitGuild.”