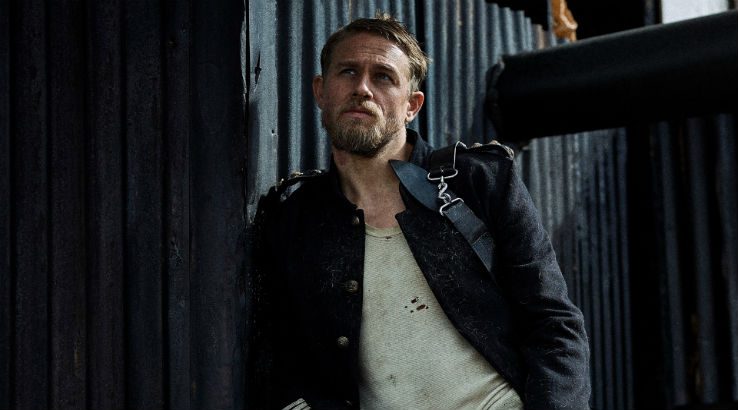 Planning to devour some local content on Australia Day? You're in luck. Streaming service Stan is gifting subscribers with True History of the Kelly Gang, an acclaimed and epic drama that revolves around legendary bushranger Ned Kelly.

The movie, directed by Justin Kurzel, has a tremendous cast, great reviews and promises to offer a comprehensive look at Kelly's life and the events that led him to a life of crime. Or, at least, offer a dark and thought-provoking version of his story. Here's everything you need to know to tune in.

When is True History of the Kelly Gang coming out?

The movie is already out in selected theatres, but it will make its streaming debut on Stan this Australia Day, on 26 January. After that, True History of the Kelly Gang is set to premiere in the UK on 28 February and in the US on 24 April.

What is True History of the Kelly Gang about?

The movie is based on the novel of the same name by Peter Carey, which won the Booker prize back in 2001. True History of the Kelly Gang is a fictionalised retelling of the life of Australian bushranger Ned Kelly, the iconic outback outlaw at war with the British colonial oppressors.

Throughout the story, viewers can learn more about Kelly's upbringing, his association with bushranger Harry Power and his numerous encounters with the law.

Who stars in True History of the Kelly Gang?

Ned Kelly is played by Orlando Schwerdt as a boy and George MacKay (Captain Fantastic, 1917) as an adult. His mum is portrayed by Essie Davis, who you might know from Miss Fisher's Murder Mysteries or The Babadook.

Is True History of the Kelly Gang any good?

Yes. The movie premiered at the Toronto International Film Festival in September 2019 to good reviews and it currently has a 76% score on Rotten Tomatoes. "A bold, violent take on the 19th-century Australian outlaw Ned Kelly," one critic wrote. "It's gritty and grimy, but surprisingly funny too," according to another.

In fact, a lot of critics observed that the movie doesn't focus primarily on conventional outlaw group activities like robbing banks or hiding from the law. Instead, it aims to offer a deeper look at Kelly and what drove him to pursue a career in crime. As a result, True History of the Kelly Gang may offer some nuance previous movies featuring the bushranger lacked.

Stan comes with a generous content library featuring both movies and TV series. From the latter, you can enjoy a lot of titles fast-tracked from the US, as well as an impressive collection of iconic television, from Buffy the Vampire Slayer to Grey's Anatomy.

Subscriptions to Stan start at $10/month, but new users get a one-month free trial to decide if they enjoy the service. Eager to watch True History of the Kelly Gang? You might want to check out the best TV shows on Stan as well.