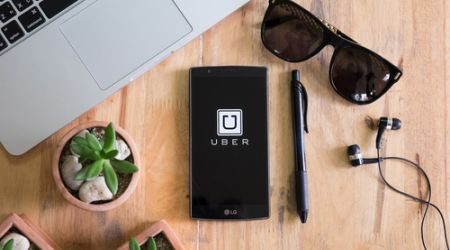 A new report released today has shown Australia's shift towards the gig economy and an increased reliance on flexibility in the workplace. The report, commissioned by insurance platform Trōv and conducted independently by YouGov, was undertaken by the insurer in order to see how Australians work and how they stay productive.

"How people work has changed with the rise of mobile technology that enables the ability to work just about anywhere. Many are highly dependent on these tools to do their jobs effectively," said Scott Walchek, CEO of Trōv.

One of the most surprising statistics is that the majority of those surveyed (31%) consider home to be their primary place of work. This was closely followed by a private office (29%), a co-working space (17%) and a cafe (8%).

The Uberisation of the workforce

The gig economy, which has grown with the rise of services such as Airtasker, Uber and Deliveroo, also featured largely in Australia's new working reality.

Almost one-third (29%) cited the need to travel to different locations as the reason why they don't work in a traditional office, with the same percentage saying they did not have access to such an office.

"People have been working as freelancers for years across industries, but in recent years have people rejected the 'traditional' working patterns and embraced the opportunity to work how they like."

"It doesn’t represent challenge, but rather an opportunity for both the business and the worker."

The statistics differed across age groups and cities. Two statistics demonstrated the folly of assumptions based on age: reliance on mobile phones increases with age and younger people are more likely to freelance while working full-time.

Over a quarter of Sydneysiders (26%) work full-time and have a full-time job, closely followed by Melbourne (20%) and Perth (19%).

Walchek says this isn't because these cities are more conducive to work, but rather it's due to the opportunities that are available.

"Cities like Sydney and Melbourne have been offering easy avenues to make extra money on the side, for example through businesses like UberX and Deliveroo, for longer than other cities," he said.

What does this mean?

Trōv has developed its business around flexibility. Those looking for insurance can turn cover off or on using their phones. While this helps to solve one issue in the new Australian workforce, Walchek says there are still challenges.

"In traditional jobs, workers are provided with the tools they need to do their work. Freelancers, however, are faced with the challenge of maintaining a business on their own. This is where Trōv comes in."

"It’s natural for businesses to resist this new style of working, but as "non-traditional" forms of work become more commonplace and people around the country seek to empower their working and extracurricular lifestyle, I think we’ll see a surge in people freelancing and more businesses becoming flexible."