Tron (TRX) is under fire from former employees and supporters 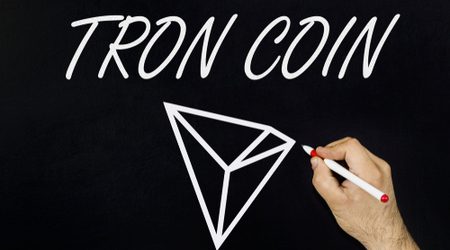 Tron's chickens appear to be coming home to roost.

Simon Morris was with BitTorrent as its chief strategy officer looking primarily at the potential of blockchain and cryptocurrency at the time of its $120 million acquisition by Tron. He spent a couple of months rubbing shoulders with Justin Sun and other Tron employees following the acquisition, but left soon after.

Now, in an interview with Breaker Mag, he's unloaded on Tron describing it as an overhyped, underbaked and blatantly inadequate fork of Ethereum(J) – the Java implementation of the Ethereum virtual machine.

At the same time, Tron's own volunteer developers and enthusiasts have started turning against the coin following allegations of a rigged Tron hackathon.

"All the nonsense about, 'oh it's the best blockchain ever, it's so much better than Ethereum.' It's not: it's a fork of Ethereum(J). They didn't even bother to apply the security updates subsequently," Morris said. 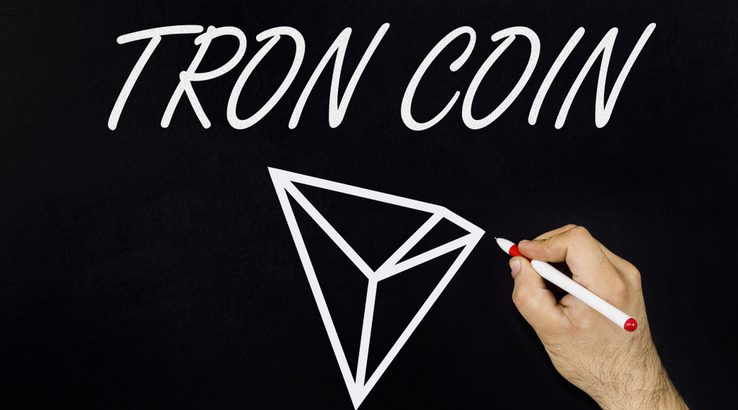 The code is open source and anyone can use it, but the terms of the license mean it needs to be attributed appropriately. However, the plagiarism was initially denied and later simply not acknowledged. The plagiarism of Ethereum(J) is not be confused with Tron's whitepaper plagiarism. That was a separate incident.

Morris also gives some disturbing insights into how Tron CEO Justin Sun is handling these kinds of incidents. He said he had a candid conversation with Sun on the topic of the plagiarised whitepaper, during which Sun explained that the team at Tron has agreed that it never happened so therefore it didn't.

"I had very candid conversations with [Sun] about [the] plagiarised white papers," Morris said. "I said, 'Justin, maybe what you should do is acknowledge the fact that you were young and you were scrappy, and maybe this happened, but now you've moved on and you're sincerely building things.' This was probably a preferable way to communicate in Silicon Valley than to pretend it didn't happen. His reaction was to say, 'We have come to consensus that this did not happen. And we have moved on.' Which is obviously hard, because there's actual proof out there."

Justin Sun's tendency to double down on obvious lies is what led Morris to move on from BitTorrent, he said.

"The approach that bothered me was, the very sort of Trumpian approach—if you get caught in a lie, the answer is you double down on the lie. The endless doubling down on lies... made me think it wasn't going to be a fit," he said. "The path to building any sort of relationship of trust with the people in charge looked completely impossible."

According to both Morris and evidence, Tron cannot be trusted. Its most ardent supporters seem to have come to the same realisation, with a series of complaints around the Tron Accelerator ("one of the most ambitious Blockchain hackathons ever hosted") program, centred around the questionable distribution of the supposedly $1 million prize pool.

One of the most telling allegations is that Tron will not be paying out the full prize pool because that's simply how it operates.

The clearest evidence of this is probably in the $200,000 grand prize. The only "evidence" that it was ever awarded is just an Instagram post, and the STOken project that supposedly won it doesn't seem to exist anywhere. It did have a sparse GitHub repository, but it was taken down after people started actually looking at it.

To remaining Tron supporters, the Super Representative said "You can make all the excuses you want, or try to see the good in it but you're only lying to yourself."

The entire "fake prize pool" schtick is reminiscent of the time Waltonchain – another dubious China-based cryptocurrency – awarded itself some prizes in a giveaway, but forgot to change Twitter accounts before boasting about its win.

It's all part of the marketing, Morris says, because that's what Tron is.

"That's what Tron does... it's basically a marketing machine layered on a very thin veneer of technology," he said. "It's very clear that Justin is very strong at marketing. He has a very nice personality from a marketing point of view. He doesn't have a technical bone in his body. He wouldn't understand, technically, anything."

Going forwards, Morris speculates that Tron will just use centralised servers for its platform while the blockchain-themed elements will just hang around as cosmetic marketing fluff.

Tron doesn't have too many other options, he says, because the Tron network isn't actually capable of handling BitTorrent's original plans for the BitTorrent Token (BTT).

The original plan for BitTorrent was to use BTT as a way of cashing in on the cryptocurrency hype, Morris concedes. But then further investigation revealed a system that could theoretically boost speeds on the BitTorrent network by as much as 40% while providing a potential revenue-stream for the company in the form of optional speed boosts for users.

The idea is essentially to use BTT as a way of identifying the fastest BitTorrent participants and prioritising them. By putting them at the front of the queue, they can serve as additional peers for slower participants. By getting more peers faster, everyone can get faster downloads.

Without cryptocurrency and with the network in its current form, the network essentially just uses an internal barter system to try and make a best guess at who's fastest so it can prioritise them. With cryptocurrency, and a system that rewards the fastest peers, wallet balances will over time start providing a living record of who's actually the fastest.

If someone wants to join the fast lane despite actually being slow, they can purchase some BTT and use that to appear faster, and therefore get prioritised. This kind of trickery would give a revenue boost to BitTorrent while having minimal overall effects on network speed.

It would be a win-win. The catch is that to make this work, the BTT network would need to have capacity for hundreds of thousands of transactions per second.

Tron has no hope of actually running the system in a decentralised fashion, Morris says. Therefore it will just run it from a centralised system while pretending to be decentralised.

This might be fine from a marketing perspective and most people won't notice a difference. But when it comes down to the wire and BitTorrent is eventually hit with takedown notices and similar – it is designed to facilitate media piracy after all – people might miss that decentralisation.

For its part, Tron has dismissed Morris's comments and said "actions and execution will prove louder than the words of a disgruntled former employee."

But even if they don't, Tron can probably just pretend they do.