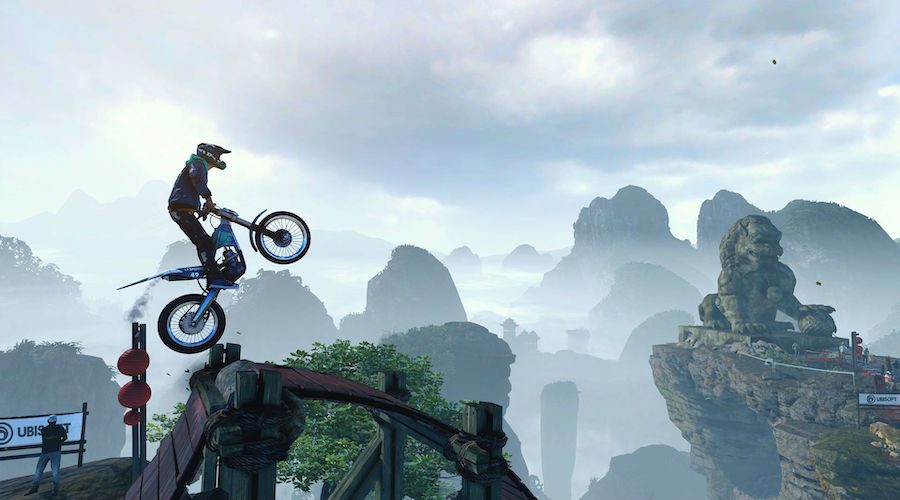 Trials Rising is the new gold medal to beat in this ever-evolving franchise.

After hours and hours of playtime, I can confirm it here for you today: the rising part of this title refers to the end user's blood pressure. Historically speaking, Trials has always been what I like to call a "sit forward game", but RedLynx has somehow managed to elevate the challenge and tension in this tricked out sequel.

It sure looks the same from the outside looking in. Once again you're handed a motorcycle and a 2.5D track full of obstacles, then the idea is to make it as far rightward as you can in the shortest time possible. In the early tracks, survival and gold medal times are a piece of cake. The checkpoints are plentiful and the jump gradients are about as pleasantly rolling as that old green grass/blue sky Windows wallpaper.

That said, the increased presence of poltergeists will soon make even the most simplistic track haunt your dreams. Rising has been tuned to be much more of a multiplayer experience and that design bleeds over into the single player as well, thanks to the near-constant presence of three other ghosts. All of a sudden you're twisting nervously in your seat as you flub a landing and watch two AI riders inch past and drop you into (dirty) bronze place. If said ghosts are somebody on your friends list (oh man, that's the good stuff) good luck with not gripping your controller tighter or muttering a curse under your breath.

And this is coming from a fairly non-competitive gamer. I personally don't get into too many score-wars with my buddies, but there's something about the simplicity of Trials that draws us all in for bragging rights. First of all, an attempt on nearly any track is only a measly minute or so, and restarting a run is instantaneous. Also, the controls are about as no-brainer as you can get; you manipulate the left stick back and forth to shift rider weight and the two triggers control accelerator and brake.

Even better, Rising includes a much more comprehensive training mode to ease newcomers in. Friendly Aussie dev "FatShady" lays out the importance of keeping your (admittedly flashy and fun) air time low to maximise speed. From here you'll eventually get to grips with more advanced techniques that include perfectly managed wheelies, endos and front-to-rear-tyre bunny hops. You know, the sort of techniques that sort a competent Trials player from the Terminator-like freaks who'll dominate the leaderboards and put your jaw on the floor when you load up their replays. 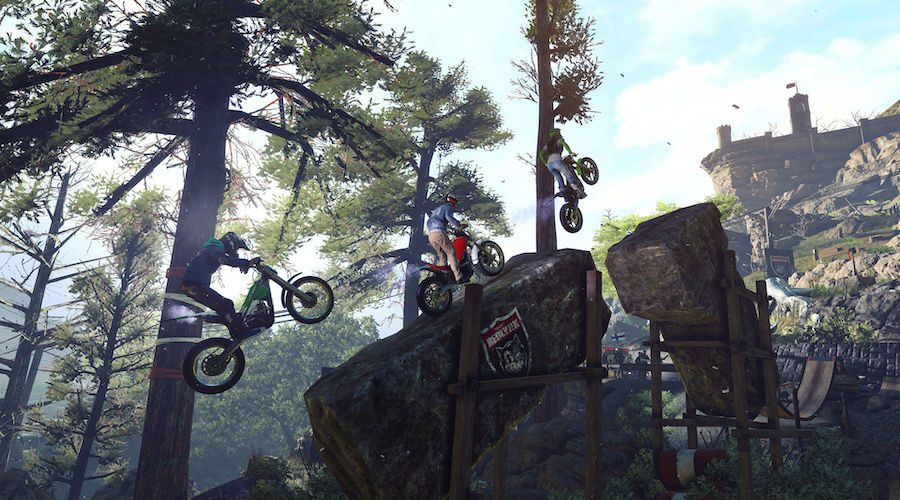 Anybody who values their spare time ought to be warned: Rising has an addictiveness level on par with chocolate cigarettes. It's a black hole with a "press start" screen for an event horizon. Your map screen is constantly unlocking new levels across the globe that continue to ramp up in terms of course length, design creativity and trap sadism. RedLynx has also woven in a loot game that drives you to crush down your best times and inch up your XP to unlock faster rides and randomising crates of cosmetic doodads. My personal favourite: a post-match emote set to an annoying kazoo that lets me smack my butt cheeks at anybody who didn't beat my time. It's... magnificent.

When it comes to other new additions, RedLynx has bolted on a few new parts worth mentioning. Tandem controls is a hilarious local multiplayer offering that's like Octodad on wheels where two players must share the rider weight and bike power brake buttons. There's also tons of longevity added via a comprehensive track editor that lets you create and share your most fun (or phallic) challenges to the world. I also lost a lot of time replaying otherwise conquered tracks when skill-based "contracts" became applied to them. For example, one basically asked me to turn my bike and rider into a fidget-spinner by busting out 12 backflips and 8 forward flips.

All that being said, there a few bails in this sequel. For starters, the event progression and unlock system feels a little haphazard, even my crew of Trials veterans had to ask one another how to advance every once in a while, which isn't ideal. I also had one or two runs ruined by a very intermittent and unrepeatable frame rate hitch that'd steal a few milliseconds as the game (presumably) loaded in the next section of the level. That doesn't sound like a lot of time, but up in the Extreme tracks, where precision of movement puts you on a knife's edge, any hitch can do you in. 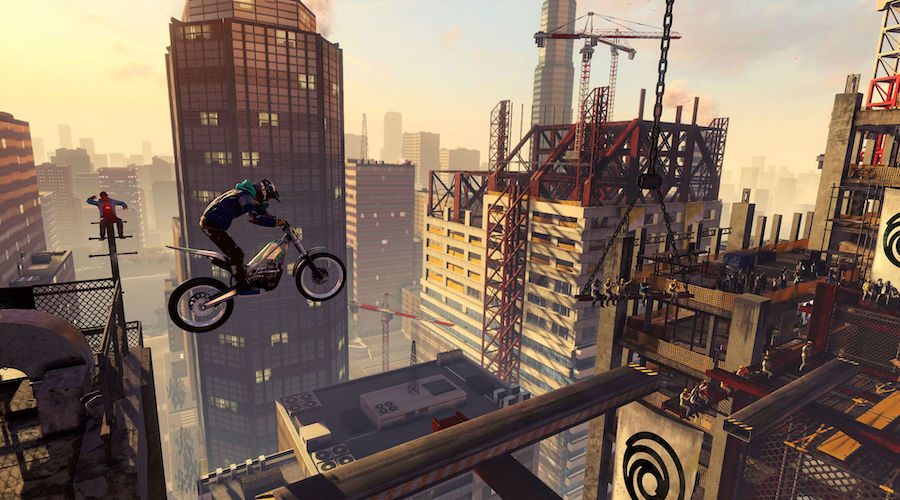 Lastly, I'm of two minds with the level design. On the one hand, I think these are overwhelmingly the most creative and visually impressive tracks in the series entire. I also like that RedLynx has stuck with real-life locales while muting the over-the-top tone that ventured into eye-rolling stupidity in Trials Fusion. That said, too often would my first three or so runs on a new level feel like an unfair ambush. Level gimmicks that don't reward your usual "go flat-chat" mentality are never telegraphed early enough (think: elevators where you need to stop completely). I'm in this for Trials, not a gauntlet of unfair trial and error.

Be that as it may, those peccadilloes aren't enough to trigger an epic faceplant here today. The good easily counterbalances the bad in Trials Rising, resulting in a sequel that soars to impressive new heights of visual quality, competitiveness and one-more-go addiction.

Years of gaming has trained me to become detached from what's happening on-screen, but I'm constantly marveled by how much of an excruciating, full body experience Rising becomes for me. Definitely buy this but make sure you have good soundproofing in your TV room. That or neighbours who are ok with guttural shrieks of victory and/or defeat at 1:00 AM.

Trials Rising was reviewed on PlayStation 4 with a copy provided by the publisher.

Not a perfect ride, but definitely the new gold medal to beat in this ever-evolving franchise. If you cab co-buy this with a competitive friend of similar skills, you'll be in score-war heaven for months.