Trending destinations for 2018, according to Kayak - finder.com.au

Trending destinations for 2018, according to Kayak 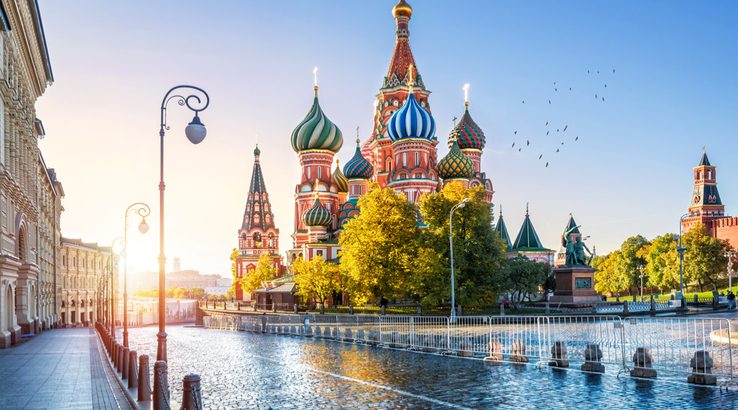 Are your holiday plans on-trend?

Bali, Tokyo, London and Los Angeles are still the top destinations Aussies are gearing up to visit in the new year. But, if you're looking to stick with the "in" crowd, the places to be are Moscow, Seattle and the South Pacific Islands, with all three climbing up the ranks in popularity for travel in 2018.

This is all according to online travel search engine Kayak. It's crunched the data for us and analysed the millions of searches and bookings made through its platform this year to see where people are headed, or at least interested in heading to, throughout 2018.

Here's what it found.

When it comes to top destinations, Bali still can't be beat. Despite the latest eruptions which have caused flight disruptions to the island, it still comes up as the most searched for destination by Aussies. In fact, its popularity is growing with an 11% increase in searches on Kayak over the past year.

Hot on its heels is Tokyo, which has received a whopping 33% increase in year-on-year search. Of the top 10 searched-for destinations, it's only beaten by Phuket in terms of increased interest, with the Thai island 36% more popular than last year.

Other destinations to round out the top 10 include the perennially popular London and Los Angeles as well as closer holiday hot spots Honolulu, Singapore, Bangkok and Ho Chi Minh City. And, despite its proximity to Australia, it seems Aussies would prefer to travel further away than visit our neighbours with Auckland being the only New Zealand representative. It came in at 10th place with a decrease in search volume 16% less than last year.

What's more interesting are the destinations that have piqued Australian traveller's as places to explore in the coming year.

Top of this list is Moscow with a mammoth 75% search growth behind it. Now, we believe trends aren't without interest and while we'd love to attribute this increase to Aussies wishing to spread their wings and explore the cultural and historical beauty of the city, this spike is likely due to Moscow hosting the FIFA 2018 World Cup in 2018.

The US city of Seattle has seen a similar spike increase of 67%. Its biggest event so far is the Special Olympics USA Games, which again may have contributed to this newfound interest.

Other destinations on the rise are the South Pacific islands, notably Vanuatu, Fiji, Cook Islands and Maldives suggesting Australians are looking for a nearby island escape, though aren't too fussed about price when it comes to the destination.

For those who enjoy a good mix of trending destination and price-point, Da Nang and Phuket are more affordable escapes that have also seen a fair increase in interest.

10 most searched for destinations by Australians on Kayak