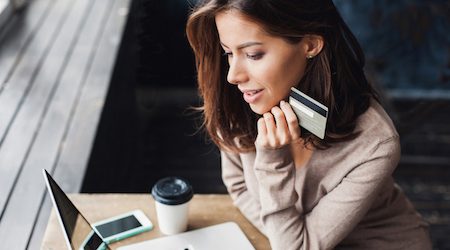 Australia is currently burdened with nearly $52 billion worth of credit card debt, with the average card balance sitting at around $3,100. It’s no surprise then that Australians are feeling overwhelmed by their plastic debt and the government feels the need to step in to intervene. In particular, federal treasurer Scott Morrison has announced his plan to introduce policies that will help the credit card pendulum "swing back in favour of Australian customers".

Published in The Advertiser, Morrison’s manifesto outlines four key changes that he plans to implement to protect Australians from “predatory lenders”.

Here, we'll unpack what these changes mean, how they’ll impact how Australians pay on plastic and what you can do to implement some of these ideas before they’re officially introduced.

Under current practices, you can be approved for a credit card after the bank has assessed your ability to pay the minimum repayment amount (which is usually 2-3% of your balance). Morrisson says he will require future credit card assessments to be based on the customer’s ability to repay the full credit limit within a reasonable period. However, he hasn't defined what he considers a "reasonable period". So, it'll be interesting to see exactly how it will be implemented.

Until then, you can determine whether you should apply for a credit card based on your ability to repay before you even begin your application.

If you can’t afford to pay this much each month, you might want to consider a card with a longer interest-free period or readjust your budget.

As Morrison pointed out, a credit limit increase could be very tempting if you’re struggling to manage your finances. But it could also lead you to spiral into debt if you’re already struggling to repay your balance.

Morrison plans to broaden the ban to apply to all forms of communication. Usually, you can opt out of receiving unprompted credit limit increase offers during the application process and you can also call your bank to opt out.

With low minimum repayment requirements and confusing interest calculations, it’s no surprise that the average Aussie cardholder is carrying thousands of dollars of debt. Morrison has also proposed that he will simplify how credit card interest is calculated to prevent some of this confusion.

With most credit cards, if the statement isn’t paid in full by the end of the interest-free period, interest is fully charged from the date that your purchases were made even if you’ve made a partial payment (such as the minimum repayment). Instead, Morrison plans to charge interest at the end of the statement period on the amount outstanding, potentially reducing your total interest costs.

If you're unsure of how interest and interest-free days work, check out our guide for more information.

If you’ve ever tried to close your credit card account, you probably know that it’s not always the smoothest experience. You might be asked to go into a branch to cancel the account, or you might be passed onto a customer service rep whose job it is to persuade you to keep your card.

To make it easier for cardholders to cancel their cards, Morrison will require card providers to give customers the option to request a cancellation or reduce their credit limit electronically.

In March this year, Commonwealth Bank announced a similar function called “Click to Close” that will allow to cardholders to close their accounts online. But perhaps we will see online closures become a complimentary feature of all card issuers in the future.

In the meantime, you shouldn’t let visiting a branch deter you from cancelling your card if you want to avoid the temptation of credit. If you have the option to cancel your card over the phone, prepare to be passed onto a persuasive customer service rep and make sure you stick to your guns when insisting on closing your account.

Not everyone is impressed by the treasurer’s plans, though. Lender and credit card issuer ME has said that the proposed reforms don’t go far enough and may stifle switching. While ME’s head of deposits and transactional banking Nic Emery has said that three of the four changes would help to protect consumers, he believes the new affordability assessment is likely to fall short.

“Most people get into serious credit card debt because of an unexpected event,” Emery pointed out. “All this requirement will do is stifle competition by making it harder for customers to switch cards.”

ME has been calling for credit card reforms since 2016, asking the government to mandate comparison rates to make it easier for cardholders to weigh up their options and to enforce more prominent advertising of card rates and fees. ME also suggested enforcing a simpler process for switching cards and raising the standard minimum repayment amount.

While all of treasurer Morrisons proposals appear very optimistic, some of the details are a little vague and there’s no timeline for when these policies will be introduced as of yet.

However, as we’ve pointed out, you don’t need to wait for the government to introduce some new laws to get in control of your credit card. Whether you need to be more thorough and realistic when comparing credit cards or you need to opt out of credit limit increase offers, there are a few simple steps that you can take to ensue that you're using your credit card effectively while avoiding the traps.