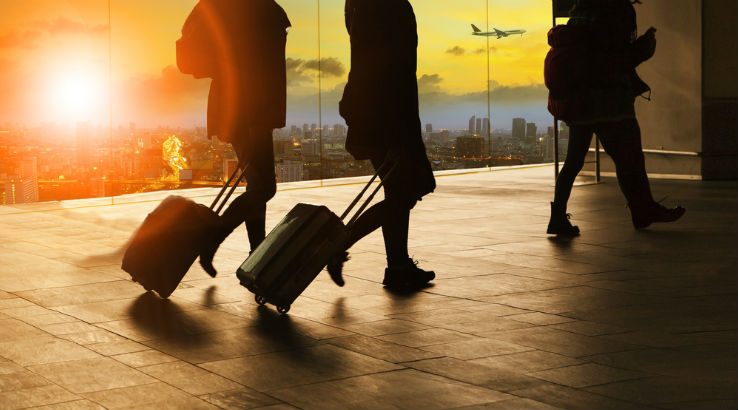 Travel prices are due to increase in 2018, according to the 2018 Global Travel Forecast by Carlson Wagonlit Travel, by over 10% in specific areas, while dropping in others. It's not spread evenly though, with different areas changing at their own pace.

Rising demand, inflation, and recovering oil prices are generally driving costs up, while industry disruptions and subsequent adaptions are also being felt.

What's the forecast around the world?

Strengthening economies, particularly in China and India are driving up demand for domestic air travel around the region, with flight costs expected to rise by 2.8% in 2018. However, there are concerns about whether the infrastructure, and airports in particular, will be able to keep up. The unexpected costs in this region might be just as significant as the expected ones.

Accommodation costs are expected to rise by 3.5% overall, but with plenty of discrepancies between countries. Japanese prices are expected fall by 4.1%, while New Zealand is on track to rise by a substantial 9.8%. In the words of Carlson Wagonlit, "buyers should anticipate a more challenging discussion with newly merged hotel groups, especially in high-volume markets such as Bangkok, Beijing, Shanghai and Singapore."

Other travel expenses are predicted to remain level as taxi disruptors like Uber, and regional suppliers like Didi Chuxing in China and Ola in India settle in.

A comparatively modest 2.3% price increase for air travel is expected in North America, as unpredictable travel restrictions in the USA stunt demand and airlines wrangle with new competition. Optimistic capacity growth of 11% in 2017 and 12% in 2018 is already in the works, so you're looking at fierce competition in a relatively flat market, and opportunities to save on North America travel costs.

Accommodation demand is levelling off, with projected international travel growth sitting at 4% in 2017-2018. Hoteliers are still banking on growth, however, and increasing demand in key areas, with growth in price, and supply, expected to be concentrated on the West Coast and Washington DC in the US, and Toronto, Vancouver and Montreal in Canada.

Air travel expenses are expected to climb around Europe, from 5.5% in Western Europe to 7.1% in Eastern Europe. Russia and certain parts of Eastern Europe might be significant outliers, however, with limited airline competition and the 2018 Summer FIFA World Cup causing a more localised price spike. Domestic flight prices around Europe may be less affected than international ones, with the efficient rail network continuing to serve as a viable alternative.

A similar story is taking place in accommodation costs, Eastern and Western Europe expecting hotel price increases of 6.6% and 6.3% respectively. It's very localised, however, with some hotspots on track for much more, including 11.9% in Russia for the year, and Norway leading with 14% on anticipated supply-and-demand.

Ground travel costs are to remain similar around Europe, with the rail network once again keeping price rises in check. It's hard to predict the coming currency fluctuations, however, which could paint a different picture of travel expenses for trips between the UK and mainland, or others.

Broad Carlson Waglonlit analysis of the continent shows a 20% increase in scheduled flights by 2019, and very little change in air travel expenses, of only 0.3%, as airlines begin adding more capacity in the region.

The capacity growth is also spreading to accommodation, with an immense 57% increase in supply expected by 2025, in the form of 449,500 new rooms across the continent. As they come in ahead of demand, hotel prices are expected to fall overall, down 1.2%. However, much of this is concentrated in Brazil (down 8.7%). Argentina is also expected to see prices slip 2.7%, while Chile and Peru will be seeing sizable accommodation cost increases of 5.5% and 7.7%, as they welcome more new travellers.

Airbnb and other sharing economy accommodation remain relatively unpopular in Latin America, which may be a factor in the outsized hotel growth, and hotel price increases.

The same can't necessarily be said for transport disruption, with Uber investing heavily in Latin American growth. It could be a smart move, with ground transport prices expected to rise by 1% overall, and Brazil and Mexico looking forward to increasing car rental demand as their economies rebound.

Unpredictability has accommodation expenses pegged at a fairly flat 0.6% increase, with ground transport expenses set to rise by only 1%. Little overall change is expected for travel expenses in the Middle East and Africa, but situation-specifics and local variations will undoubtedly remain.

While security hazards naturally deter some travellers, others see it as an opportunity while business travel needs will always remain. With travel insurance providers increasingly stepping in to provide high risk travel insurance, it may be getting easier and safer to visit previously inaccessible areas.

"The global numbers from this forecast should be considered strong leading indicators of what 2018 will mean" said Kurt Ekert, president and CEO of Carlson Wagonlit Travel. "The higher pricing is a reflection of the stronger economy and growing demand."

Businesses should always take steps to streamline their travel programs and cut travel costs, but 2018 in particular might present some new opportunities with prices generally rising, even as competition increases more.