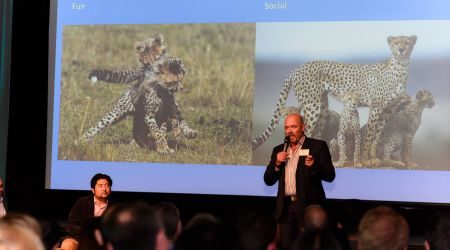 The Australian startup scene is breaking the tall poppy syndrome and driving tech innovation, according to Chris Adams who spoke at an event in Sydney last night. Adams spoke about entrepreneurs creating their own ecosystem in the Australian market at the event for CapitalPitch, a capital raising accelerator.

"We’re at a stage now where the concept of investing has been demystified, particularly if you look at what’s happened in Australia in the last few years. There was a bunch of investment bankers that were all about copper and iron and ore, and that was a Tuesday, and then on Wednesday they were all about tech," he said.

Adams, formerly at Facebook and Amazon and now an advisor, director and digital strategist, said the main difference between Silicon Valley and Australia was the sharing of ideas.

"One of the simple reasons the yanks win is because we share," he said. "If you’re in a pub or a coffee shop with somebody and you’re talking about somebody’s idea, they’re not talking out NDAs and making you sign your life away, you’re saying well you’ve got a platform that does this, what do you need?"

That was a Tuesday, and then on Wednesday they were all about tech

Tall poppy syndrome has long been heralded as one of the flaws in Australia's entrepreneurial mindset; the idea that Australians discredit any of us that achieve acclaim or success.

The event coincided with the announcement of NAB creating an open application programming interface (API) through which selected outside parties can open its data. NAB's general manager of customer experience, micro and small business Kim Hughes was also at the event and spoke about NAB's commitment to innovation and startups.

"NAB is the first Australian bank to open its APIs. That's a pretty big deal for those in the know with APIs," she said. "We've opened them to an open development platform next year."

Hughes also spoke about NAB's other startup-focused initiatives, including the NAB QuickBiz loan and NAB Labs.

"NAB Labs is our innovation incubation area in NAB. What's really exciting is that NAB is looking at partnering with startups to actually improve things faster than we could do ourselves."

While NAB is the first bank to open its APIs, which will share data on its branch and ATM locations as well as foreign exchange rates, the House Economics Committee recently recommended all banks be forced to share their data by July 2018.

Adams believes transparency will be the driving factor behind Australia's tech success.

"The degree that we can grow an ecosystem, it’s not about supporting one individual entrepreneur or one individual company, it’s about making sure that the whole system lifts. That’s why sharing is so important, that’s why collaboration, that’s why partnerships, that’s why not coveting your kit against your friends. It’s about finding how you add value."

"It’s not Sydney vs Melbourne anymore, there’s amazing entrepreneurs in every corner of this country and we should all be getting to know all of them."