Transatlantic crypto money-laundering scheme a sign of the times 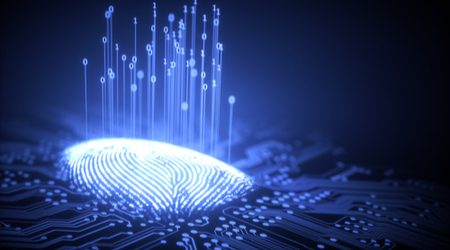 Multinational cryptocurrency smurfing seems to be a growth industry.

A joint effort between Europol, the Spanish Guardia Civil and the National Police of Colombia has ended a transatlantic money laundering operation and led to 23 arrests, mostly nationals of Spain, Colombia and Venezuela.

According to Europol, the operation spanned the world and included networks for laundering money across the Atlantic through cryptocurrency smurfing.

Essentially, the cash proceeds of crimes from all over Europe would be routed to these groups, who would then use cryptocurrency smurfing to anonymously convert the cash into bitcoin and other types of cryptocurrency, at which point it could be instantly sent anywhere in the world.

Smurfing is the process of using lots of different people to do small tasks across a wide area to avoid raising the red flags that large transactions would. In this case, it refers to sending out lots of different people to anonymously buy small amounts of cryptocurrency from bitcoin ATMs, newsagents and exchanges that allow smaller transactions without ID. With enough people doing this in a large enough area, in this case all around Europe, it's possible to anonymously convert a large amount of cash into crypto.

In this case, the smurfs' cryptocurrencies were being recompiled by the money laundering group in Europe, and then sent to Colombia in large amounts.

This is similar to the method the "Cobalt" bank robbers used to move $1.2 billion euros around Europe. The differences are that the Cobalt bunch first converted cash to prepaid debit cards before turning it into crypto, perhaps for extra anonymity or because it was a quicker way for smurfs to dispose of dangerous funds. Plus, this time, the crypto was being sent all the way across the Atlantic rather than just hopping local borders.

As such, it required a much larger degree of multinational cooperation from law enforcement. In this case, it only came to light when Colombian authorities became aware of the group operating in the Spanish town of Zaragoza.

Recent weeks have seen a lot of attention on the criminal use of cryptocurrencies and growing awareness from authorities of their potential threat.

A lot has happened in the last couple of weeks alone, including these arrests, the creation of the "J5" multinational cryptocurrency money laundering team encompassing Australia, Canada, the Netherlands, the USA and the UK, and the USA's first ever nationwide sweep of darkweb cryptocurrency drug dealers.

Meanwhile, the NSA has recently dubbed anonymous cryptocurrencies to be one of the greatest national security threats facing the country as criminals continue to shift away from bitcoin and towards truly anonymous options.

It's easy for cynics to dismiss cryptocurrency as being useless and only good for criminals, until you remember that the two are mutually exclusive and that global crime is a very, very big industry.

Despite all shifts towards legitimacy, it's clear that cryptocurrencies are an extremely useful tool for technologically-savvy criminals. The bottlenecks where fiat needs to be converted into crypto are still the most likely interception points, but those only exist as long as there's any fiat to convert to crypto.

It's already relatively easy enough to buy many things with cryptocurrency, and the main problem for criminals probably isn't that they can't spend crypto, so much as that most of their customers still pay with fiat.

If and when that changes, and gets paired with other developments like decentralised encrypted communications, the situation is going to shift again.

By nature, police forces are constantly running to catch up with crime – sometimes literally, sometimes technologically and procedurally. But what happens if crime runs somewhere law enforcement just can't follow?