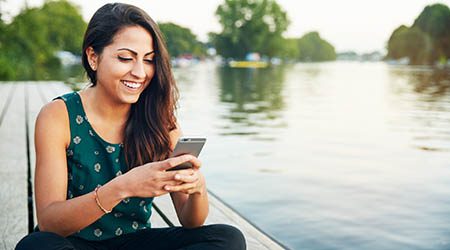 TPG's adding to its huge range of Australian telco brands with plans to launch a carbon-neutral provider called Felix, but how well will its plans actually compare?

Fresh off its successful merger with Vodafone and following the acquisition of scores of Australian Internet providers – brand names you probably know including iiNet, Westnet, Internode and more – TPG has also announced that it's launching yet another service provider brand.

This one is a little different and not just because it's called Felix.

Felix will be, as per TPG's own announcements, a carbon-neutral telco and "the first powered by 100% renewable electricity". Its core product will be a SIM-only, fully digitally-delivered service running on Vodafone's 3G and 4G networks.

That's no surprise, given that the Vodafone network is the one that TPG now owns. But beyond those details and a sign-up page that you can access here, there's not a lot more to say specifically about Felix's plans just yet. TPG's announcement states that it will launch "in the coming weeks".

What's the environmental aspect of it?

TPG's release does note that the average Australian mobile phone plan is estimated to produce 56kg of CO2 emissions per year, which works out to one million tonnes of CO2 collectively per year. It's not clear if that's a calculation that Felix's carbon-neutral setting will entirely offset or if it's just that it will purchase offsets (or plant a lot of trees in the Felix offices) for its own essential operations.

While the details as to the precise pricing are yet to emerge, TPG will have an interesting balancing act on its hands when it comes to adding yet another MVNO into the Australian telco space. Consumers have shown that they may pay a little more for an environmentally sound alternative in certain circumstances, but the MVNO space is strongly focused towards very hard-edged value – including plans offered by many of TPG's existing sub-brands in that exact space!

TPG isn't the only big telco player with its own budget brand. Telstra offers cheaper mobile phone plans through its own Belong subsidiary, albeit without the eco-friendly angle.

How much will Felix's plans cost?

It's not clear how many price points Felix plans to tackle, but let's take a monthly, SIM-only spend of $40 into consideration and throw in a bunch of the hardest competing brands as well as TPG's own brands in this space.

You can assume unlimited standard national calls and texts at that price range, so much of the value proposition falls to data inclusions. Circles.Life has been super-aggressive in this space all year long, and it seems unlikely that Felix will challenge it. While the 100GB plan from Circles.Life is a great value plan, it's a bit of an outlier at this price point, with other plans having an average data inclusion of somewhere around 30-40GB.

While the realities of the coronavirus pandemic have left many Australians with lower mobile data needs in 2020, that's arguably the kind of space you might expect Felix to target if it does want to compete on value.

The bigger challenge for TPG/Felix here is that, excluding Vodafone, its other MVNO offerings tend to be cheaper but with less data. We'll have to wait and see exactly what Felix offers beyond the promise of a more environmentally friendly telco option.