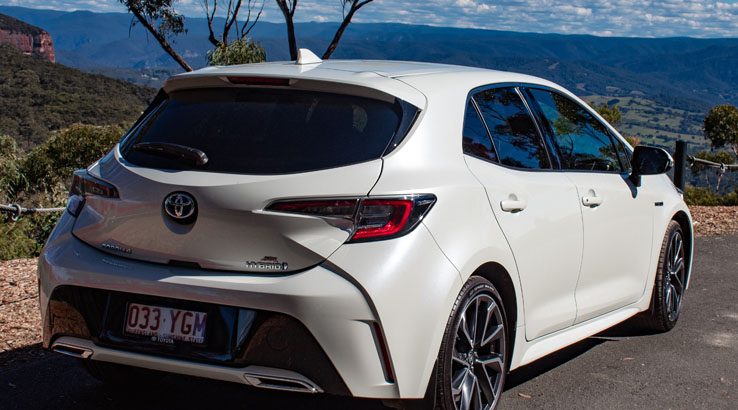 The car maker also predicts hybrids will make up 10% of total sales in 2019.

Toyota has now sold over 100,000 hybrid electric vehicles in Australia, and is on track to sell more than 20,000 in 2019, according to an announcement released today.

Since launching the Prius locally in 2001, Toyota has long been a pioneer of hybrid vehicles, and offers the widest range of electrified vehicles of any car maker in Australia.

Toyota will also launch the RAV4 Hybrid, its first hybrid SUV, this month, with two new hybrid models to follow later this year and two more in 2020.

With total car sales dropping in Australia in 2019, Toyota Australia's Vice President for Sales and Marketing, Sean Hanley, says the figures are encouraging for the emerging hybrid market.

"There is a lot of buzz lately about EVs being the future of mobility, but the reality is the technology is already here and Toyota has been leading the way with hybrid petrol-electric powertrains in Australia for almost 20 years," he said.

"Hybrid electric technology is not only more affordable than pure electric vehicles, it requires no charging infrastructure, emits less CO2 than a traditional petrol combustion engine and is more fuel-efficient."

Toyota has now sold over 12 million hybrid vehicles worldwide, with the Prius on 5 million sales. Locally, South Australia is leading the electric vehicle charge, accounting for 12.3% of Toyota's hybrid sales in 2018, despite buying only 6.2% of all new vehicles.

Victoria has bought the most hybrid vehicles, with 32.2% of total Toyota hybrid sales, followed by NSW on 29.6%.

With many lenders now also offering discounted car loans for hybrid vehicles, and both major political parties pledging electric vehicle sales targets as part of their election campaigns, it's likely adoption will only continue to increase.