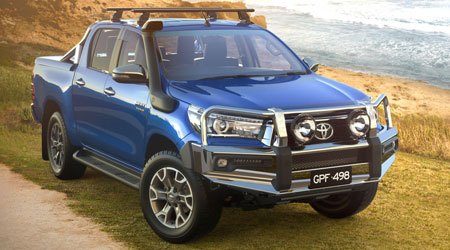 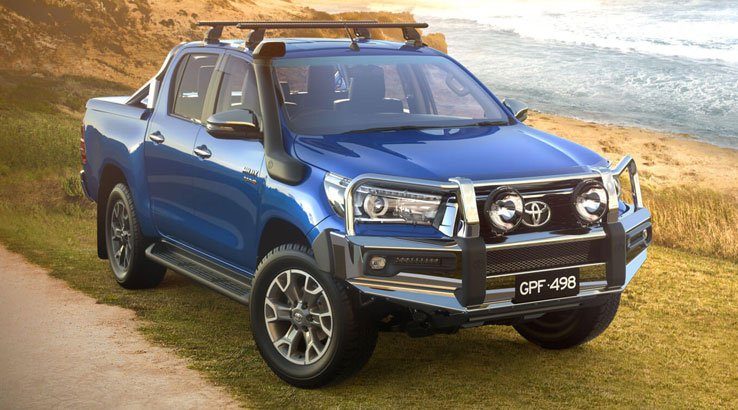 What makes the nation’s best-selling car, let alone ute, so highly sought after?

If the HiLux team fell out with their bosses at Toyota and then split off and formed their own company, it would be Australia’s 10th largest automotive brand, boasting more customers than Honda and Subaru – with just one single model.

But why is the Toyota HiLux so popular with car buyers today? And with plenty of other options, is the HiLux still the best ute on the market?

Originally launched here in 1968, Toyota's venerable ute has been with us for fifty years now. The model name is a portmanteau of “high” and “luxury”.

2018 has been yet another sales success for the HiLux. In June alone, 47,093 buyers chose a HiLux, beating the ute’s own previous sales best by a good 5,000 orders. Thanks to this evergreen pickup, Toyota has sold the most cars in Australia for the 15th consecutive year.

In the words of Toyota Australia president and CEO Matthew Callachor, the HiLux is an adventure-ready ute that serves a popular segment.

"SUV sales have grown 14 per cent during this period (2017) while sales of LCVs have grown almost 18.9 per cent. This surge in demand for vehicles like HiLux can be viewed as an extension of the popularity of SUVs. They're high-riding vehicles that can take you on your adventures while delivering car-like features and comfort.” 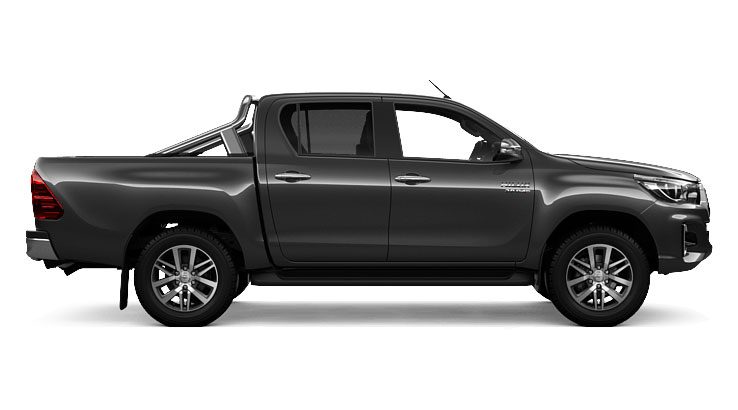 The top-selling model is the premium SR5 trim, which packs the more powerful turbo diesel 2.8-litre engine together with over-size 18” alloy wheels and techy features like automatic climate control and a smart entry/start system.

Toyota’s next best performer is the SR line which sits just below the SR5 and has steel wheels as standard, making it appealing to tradies who need something that is both practical and still carries some creature comforts.

The third most popular option is the WorkMate spec HiLux. This entry-grade spec is Toyota’s equivalent of a toolbox on wheels. It has two engine options, a 2.7-litre petrol or a compact 2.4 diesel and is available as a lowrider or tough Hi-Rider with 4x4. It’s simple out fitment and rugged construction makes it the ideal ute for a builder or a tradie.

Why exactly is the HiLux such a sales success?

This ute has a particular reputation for being solidly built. That perception certainly seems well deserved. Toyota themselves market it as “unbreakable”. It’s not hard to see why it’s carved such a durable name for itself, considering some of the things car shows like Top Gear have put a standard HiLux through.

The HiLux is still built upon a heavy, strong, ladder-rail chassis. This configuration enables it to handle large loads and rough terrain with ease.

The HiLux product range is now one of the only ute line-ups with a petrol engine as an option. But it’s the powerful diesel engines that car reviewers heap praise on. The current model is available with a frugal 2.4-litre turbocharged diesel. There’s also the option of a gutsy 2.8 if you need to tow trailers on a regular basis.

Looking online, it isn’t unheard of for older models to hit over 240,000km or 300,000km on the original gearbox and engine if looked after by rigidly sticking to Toyota’s service scheduling. One farmer in Denmark achieved over 620,000km with his 2001 HiLux.

Running costs for the HiLux are pretty reasonable. According to RACQ, across five years of driving 15,000km in a HiLux SR would cost the following:

Maintenance wise, Toyota dealers charge $240 for the first six services. Owners of the HiLux’s main rival, the Ford Ranger, will have to shell out $375, with second-year maintenance prices rising to $550.

Both utes work out very similar overall, but those lower servicing costs and a slightly reduced depreciation plus rego, insurance and on-road costs can make a big difference to your wallet.

With a wide array of different trims available, from the farm spec “WorkMate” to the off-road equipped Rugged X, there’s a HiLux to suit most driver’s needs. You can order the HiLux with a tray, as a double cab pick-up or as a king cab (which Toyota calls an extra-cab). This makes the HiLux ideal for almost any application, whether you need to lug around bales of hay and agricultural equipment or you need to mount specialised equipment in the rear.

Looking through reviews for the Toyota HiLux, car reviewing experts generally applaud the interior of the Japanese pick-up. The WorkMate interior is stripped back, but that means it can handle the dust and daily punishment of a work ute.

Higher-end SR5 models are described as upmarket, with comfortable seats and excellent build quality. There are a few things it doesn’t do quite as well as competitor offerings, but overall the cabin is summed up as a pleasant place to be.

That’s no easy task when you’re building a vehicle that has to be able to handle off-roading, load-carrying duties and towing as well as deliver a comfortable on-road drive.

To sum up, it’s the complete package. As a ute, the HiLux isn’t the cheapest, it’s not the most fuel efficient and it isn’t the best off-road. So, why do people buy them then? It’s a happy medium that brings together class-leading abilities across all the key areas you’d look for in a dual-cab.

The HiLux is operating in a hotly contested and competitive market. Here are some of its main rivals, ordered by their finder score. Check out our ute comparison reviews on them all to see which one is right for you.