The Toyota Corolla is Toyota's bestselling car by a country mile. Having sold over 40 million worldwide, it's nothing short of a commercial success. In fact, it has been so successful that it's the bestselling car in the world of all time.

There are several reasons as to why it has been so successful: it's reliable, small yet practical, relatively inexpensive and safe. There's also another fact about the Toyota Corolla that has been true for quite some time though: it's a little bit boring.

It would appear Toyota has noticed this and has spiced things up. In recent models Toyota has gone with a new approach to styling, which has often been criticised for being mundane. The design team has had a field day and produced a Corolla with, in my opinion, the most personality yet. Priced at $31,870, the Toyota Corolla ZR Hybrid we tested came in "Metallic Opal" which looked great when coupled with the chiselled lines and various black accents.

The interior in our test vehicle was more premium than you would have expected from the Corolla too. Our test vehicle had red and black leather accented trim, with seats resembling more of a racing style seat as opposed to the ones you would usually expect from a Corolla. 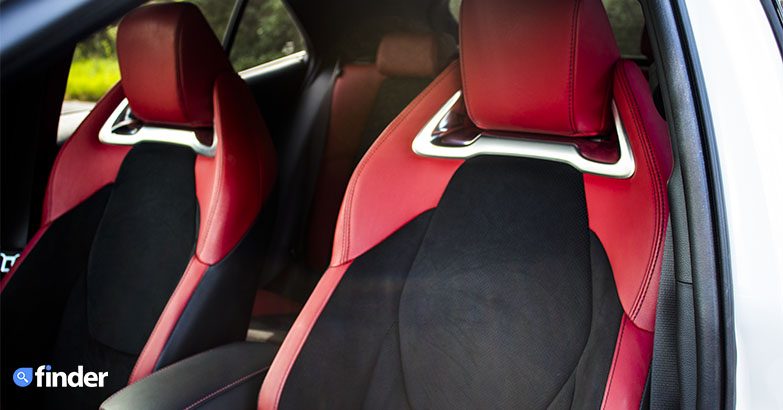 Sharp new looks and a sporty, modern interior while retaining all of the safety and practicality the vehicle is known for? Sounds like a winning formula.

There's more too. You also get a full eight-speaker JBL stereo system which includes an eight-inch touchscreen display. The display itself is reminiscent of the infotainment in other Toyota vehicles, albeit a bit prettier, but it's loaded with all the same software. Still with no Apple CarPlay or Android Auto for the youngins, but you'll have good audio quality as you cruise around. This sound quality is amplified by the lack of engine and cabin noise too.

The hybrid combination of a 4-cylinder 1.8-litre petrol engine and electric motor produces 90kWs. It's very quiet and helps save the planet one trip at a time, but unfortunately the vehicle does feel as slow as it sounds. Chances are though, if you're purchasing a hybrid vehicle, you aren't overly concerned by 0–100 times or how many horses are under the bonnet. You care about saving them and the upside is, during our test we saw an average fuel economy of 4.8 litres per 100kms which is sure to reduce your carbon footprint. 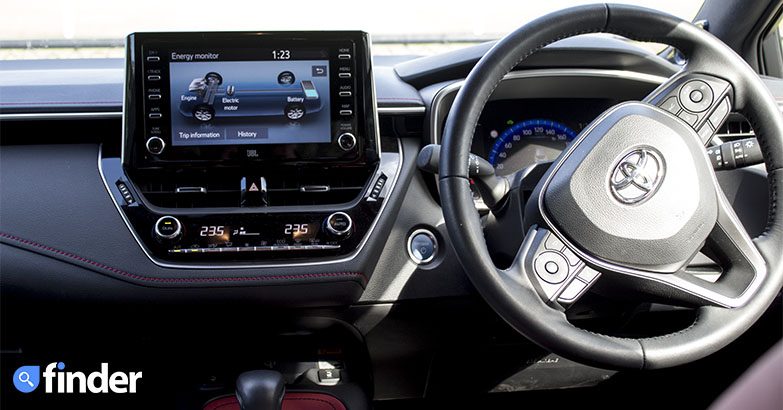 Sitting in the back, with the driver's seat in my driving position (just over six-foot tall) it's cosy. There's slightly more leg room than the i30N we tested last week, but my knees are in the back of the driver's seat and were I any taller, my head would be pressed firmly against the roof. The soft-touch plastics used on the dash and doors in the front also make way for identical hard plastics.

Rear passengers will get air conditioning vents and one bottle holder in each door as well as two cup holders in the fold-down armrest in the central seat. With ISOFix mounting mounts located in the outer rear seats, child seat restraints can also be securely fastened.

In the front, along with your sporty, heated seats, you get a wireless phone charging bay, dual-zone climate control, a fast-charging USB port and a 12-volt plug as well.

Steering wheel controls are well laid out and intuitive. There's also an impressive range of safety technology in the ZR, including:

In this suite of safety technology is also speed sign detection which worked well with the clear and easy-to-read heads-up display (HUD). However, it was puzzling how many times the HUD speed reading and the one on the sat-nav were in disagreement.

On more than a few occasions the HUD would say 70km/h and the sat-nav would say 100km/h or vice versa. This resulted in the Corolla constantly telling you to "please obey all road rules". It's a bit like driving with your parents in the car.

On the road the Corolla ZR Hybrid rides really well, chewing up the kms without bouncing you to pieces. The improved suspension package does a great job of keeping driver and passengers comfortable with the addition of the 18-inch wheels. 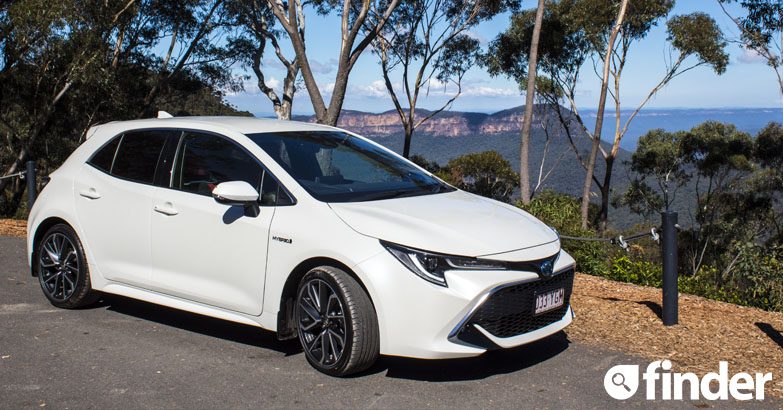 As mentioned, the HUD is clear and easy to read and there's also a bright seven-inch multi-informational digital cluster. The user interface also gives a summary of how economically you're driving.

Being small and with a turning circle of 11.4m, the Corolla is easy to manoeuvre as you would already expect.

The Corolla is a bestseller for a reason. Regardless of what you may think about it, it does everything it was designed to do and it does it well.

Toyota has given the Corolla some attitude now too with new styling and a more premium cabin.

If you're in the market for a new car and do prefer to make decisions with your head and not your heart, then you should probably go and check out the ZR Hybrid (or any Corolla in the range for that matter) and give it a test drive. You're probably going to like it with its sharp new looks and tech.

Not sure if the Corolla is for you? Read more hatchback reviews here and compare them against their competitors.

Compare some options to finance a Toyota Corolla ZR Hybrid