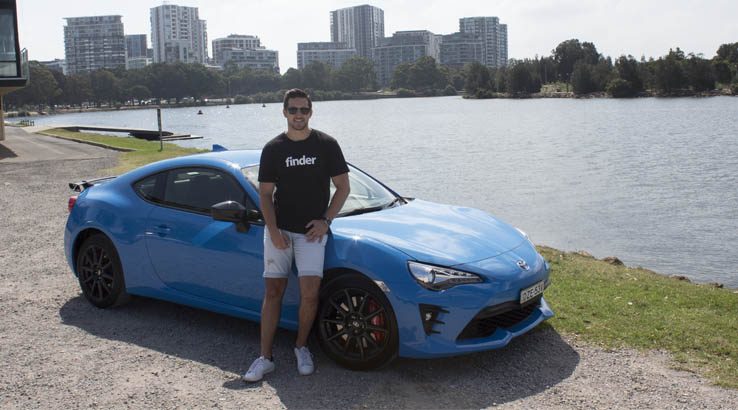 Fun to drive but struggles to fit more than two.

Not since the Celica has Toyota produced a sports car that has sold more than 20,000 units in Australia. And it has had several attempts. The old, ever popular Supra only ever shifted 2,895 domestically while the sporty MR2 sold a grand total of 3,451.

Built in partnership with Subaru, the Toyota 86 was launched in 2012 and you would be hard-pressed to drive anywhere without seeing a handful of them today. Why is this? On paper the Toyota 86 doesn't exactly set the world on fire. It produces only 152kW and a rather uninspiring 212Nm of torque from a Subaru-supplied four-cylinder boxer flat four.

Revheads will tell you there isn't enough power for a sports car and it needs some extra cylinders or a turbocharger (these would still be a welcome addition). But the reality is the Toyota 86 GTS doesn't need to be the most powerful: for example, you have an absolute ball in a go kart even though they have comparatively minuscule 125cc or 250cc four stroke engines. The 86 is light and with some great driving dynamics, it's an incredibly fun car to drive.

If you enjoy driving, you won't want to hop out of the Toyota 86. If you have a growing family or are constantly carting people around, the 86 won't be for you. But if you don't need four seats or are short (so passengers can actually fit in the back) then I am hard-pressed to think of a more enjoyable car for the price.

The model we tested was the 86 GTS Manual with Dynamic Performance Pack optioned. It sticks to the road and hangs on through corners well (with traction control on). Steering is direct – whenever you move the wheel, the front darts in that direction. You're able to feel the back end of the car moving through corners and the difference as you adjust the throttle. Helped in part by the LSD and traction control, the Toyota 86 GTS with the performance pack gives you great confidence when going through the bendy stuff. You also get a decent amount of feedback through the steering wheel, which is the smallest wheel fitted to any vehicle in the Toyota line-up. The electric-assisted steering rack has a nice weighting and this feedback gives you a great sense of connection to the road. 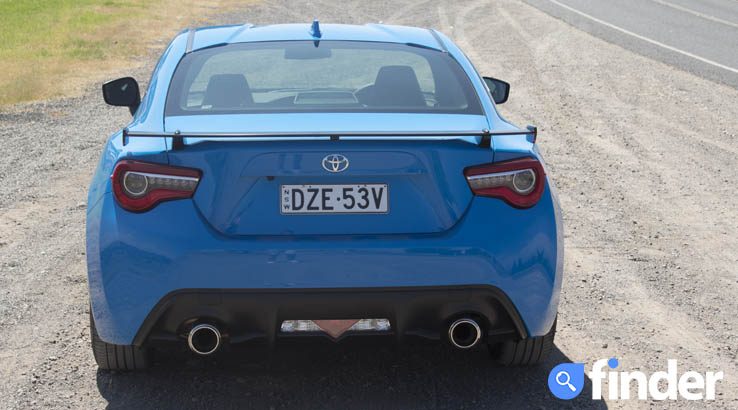 With traction control turned off you'll be able to break traction through corners if you are, say, on a track day.

You're going to feel most of the bumps in the road, as the ride isn't that soft but has been improved in the GTS performance pack with the addition of Sachs performance dampers.

The seats are comfortable too. "Granlux" faux-suede leather accented seats wrap around you, holding you in place like every good sports car should. From the low driving position, you do get the feeling you're in the cockpit of a true sports coupe. Looking out over the bonnet, you see two "bumps" before the headlights, showing you where the front of the car is, so you know where to aim it.

The climate control, infotainment system and various buttons are easy to get to. The 6.1-inch infotainment system itself isn't that great though and is a fair way behind competitors. There's no Apple CarPlay or Android Auto either, but you do get a reversing camera and voice assistant which actually worked pretty well. Satellite navigation is also standard on the GTS, though we did find it telling us we were driving through paddocks when we were very much on the road.

That aside you get seven airbags, auto-levelling LED headlamps, daytime running lights, dual climate control, reversing camera and satellite navigation, among other things. The dash and centre console lights are lit up in reds and oranges, which is very sporty.

There are 2 cup holders that can be moved around within a larger storage space in order to access the 12-volt power point as well as a USB port in the centre console.

All in all, the cabin makes you excited to get your foot down.

The most disappointing thing, in my opinion anyway, is how the engine sounds. It's nothing short of a delight to drive but let down by an underwhelming engine note. It sounds rather tinnie, not that it's going to stop you.

During our time with the Toyota 86 GTS, we did a fair bit of "spirited" driving and equally a fair amount of highway driving. We managed to see fuel economy as low as 8.2L/100kms, below Toyota's stated 8.4L/100kms for the manual transmission. With the foot down and general city driving in Sydney, we were seeing around 9.8L/100kms.

I'm not sure there's a better colour combination on the Toyota 86 GTS than the Apollo Blue and black combination we tested either. I saw several on the road while driving this vehicle and I didn't once see this combination or a pairing that looks better than it. If it were my money, I would be having it. 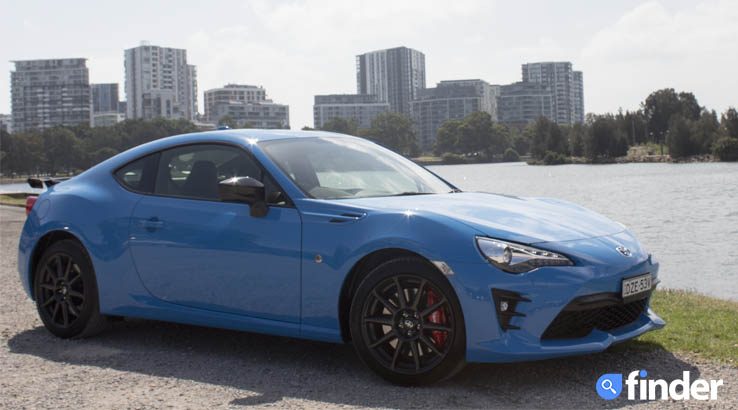 Speaking of money, the optional dynamic performance kit on the vehicle we tested costs $2,950 on top of the GTS grade Toyota 86. This is a no-brainer for me. You get the Apollo Blue paint, larger Brembo brakes, tuned Sachs performance dampers, 17-inch alloy wheels, black leather-accented seats and accents around the vehicle.

This means the grand total of the Toyota GTS we tested comes to $39,590.

Along with the cup holder and console storage arrangement outlined above, there are the back seats too. As no human will be able to reasonably sit here, you can repurpose the seats as make-shift luggage space. Toyota says the boot will hold 233 litres of belongings and the rear seats do fold flat so you can carry larger items, like golf clubs.

The Toyota 86 GTS is exciting to drive. It isn't the quickest car going around, but it's driving dynamic makes it incredibly fun. Not only that, but with the Apollo Blue and black combination, the 86 GTS looks great too.

If you're after a daily 2+2 fastback coupe that isn't going to launch you over the speed limit every time you put your foot down, the Toyota 86 GTS could be the car for you.

Next week we're testing one of its competitors, the Mazda MX-5.