Grand strategy has never been my forte. The complexity of something like Crusader Kings or Europa Universalis has always seemed incredibly daunting to me, effectively mothballing any future I might have had as a military tactician. Nevertheless, the genre has intrigued me, and no series more so than the Total War games. Combining large-scale, turn-based territory control on massive campaign maps with real-time battles more reminiscent of an RTS, the series seemed like the perfect jumping-on point for someone like me looking to get their toes wet in the field of grand strategy.

So when I had the chance to dive into Total War: Warhammer II, the latest entry in the series based on a universe I've previously had good things to say about, I went in eager to discover what people find so enthralling about the genre that they're able to spend hundreds of hours waging war in campaign after campaign. Sadly, eagerness alone wasn't enough to surmount the precipitous learning curve Warhammer II forces you to climb.

Fair warning: if you haven't sunk hours upon hours into a grand strategy game before, Total War: Warhammer II probably isn't for you.

To be fair, Warhammer II tries to ease you into its intricate web of systems and strategies with a hand-holding tutorial that guides you through the basics of its real-time combat and turn-based kingdom management. Unfortunately, while controlling units and constructing buildings is simple enough to grasp, the game never does a good job of explaining the strategy behind these actions. Sure, each of the four races, the High Elves, the Dark Elves, the Lizardmen and the Skaven, have a variety of troops they can send into battle, but the utility of these different troops is never made clear. Is an army of the more-expensive cavalry stronger than an army of cheaper spearmen? By how much? Or is it contextual?

Answers to questions like these remain frustratingly elusive unless you roll up your sleeves and plunge into the tome that is the game's help system. Much like the Warhammer universe, there is an intimidating amount of exposition and explanations to wade through if you hope to understand even half of what is going on. Tax rates, population growth, public order, political influence – there's no shortage of minutiae to pore over for those who revel in micromanagement. I, on the other hand, couldn't help but feel overwhelmed. 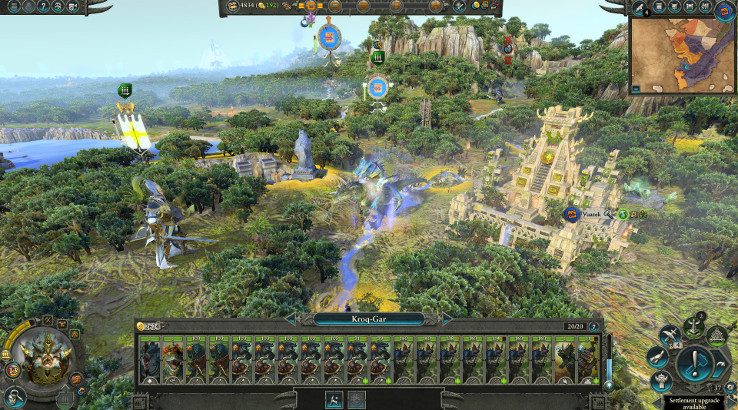 This unapologetic complexity extends to the many tasks you'll need to tend to each and every turn. Replenishing your lords' armies, constructing promenades to keep the citizenry appeased, researching armour upgrades for your front-line troops, negotiating diplomatic treaties with neighbouring factions, levelling up your lords' skill trees, issuing commandments in your controlled provinces to give your forces much-needed buffs – it doesn't feel so much like juggling balls as it does drowning in an overfull ball pit.

Total War: Warhammer II does attempt to guide you through its laundry list of kingdom-management tasks by providing you with an advisor who chips in recommendations every so often. The thing is, though, the recommendations typically tell you what to do but not why you should do it, leaving you no closer to understanding how to manage your forces on your own. The same goes for the quest system which, though providing you with clear goals to strive towards, still fails to teach you how you should be achieving those goals.

One feature I have to commend the game for, though, is the notification system. Reminders of important actions you haven't yet performed for the current turn are listed in the bottom corner of the screen, ensuring that you don't inadvertently end your turn without moving all your units or upgrading your lords' abilities to prepare them for enemy attack. This allowed me to stave off my inevitable defeat for a little while at least. 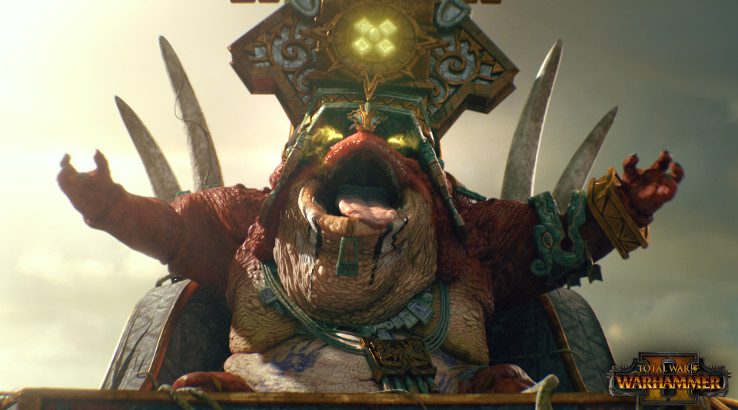 All this unbridled complexity left me feeling like I was never in control of my fate in Total War: Warhammer II. In the real-time battles, unit positioning and manually issuing orders never seemed to have a noticeable impact on whether I won or lost, making the encounters feel like little more than controllable cutscenes.

The sense of scale in these battles is admittedly impressive – zooming in from a birds-eye view of the entire field of battle to watch individual units hack away at each other is undeniably neat, at least the first couple of times you do it. The novelty wears off quickly, though, so it's fortunate that you have the option to auto-resolve every battle instead of fighting it manually. You'll be making ample use of this feature if you plan on finishing more than a single campaign within your lifetime.

Even with the freedom to take my time and plan out my strategy on the turn-based campaign map, I always felt like my actions had negligible impact on my success – or lack thereof. Enemy forces would regularly stomp my own with no apparent way to prevent it and no explanation as to why I was so outmatched. I have no doubt a more experienced player would be able to see through the layers of arcane terms and dense UI to better control their fate, but the game never laid out the path I'd need to follow to go from newbie strategist to armchair general. 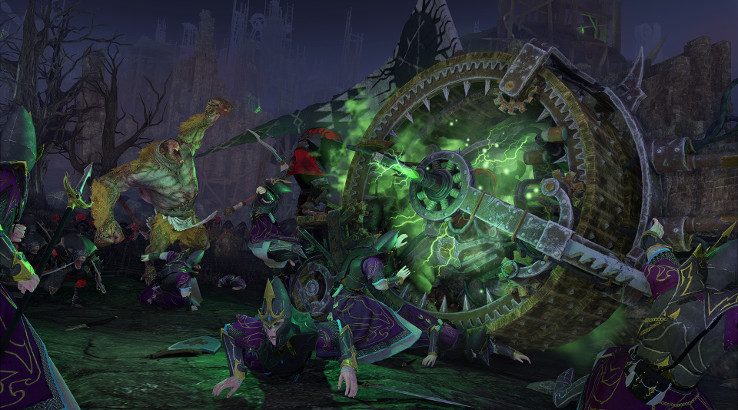 And that's what my experience with Total War: Warhammer II came down to. It feels like a game you'd need to sink hundreds of hours into before that light-bulb moment where you finally understand how its many, many cogs mesh together. Maybe my lack of experience with grand strategy games is to blame here, but with the hand-holding tutorial, the omnipresent advisor and the notification system, it's clear that developer Creative Assembly is trying to court a broader audience than just those already familiar with the genre. Sadly, it does not succeed.

We reviewed Total War: Warhammer II on PC with a copy provided by the publisher.

Total War: Warhammer II is not a game for amateur strategists. Despite its attempts to ease new players into its cornucopia of complex systems, there is simply too much that goes unexplained for strategy scrubs to ever feel like they're in control. Genre veterans will undoubtedly appreciate the steep learning curve, but newcomers like me will be left frustratingly overwhelmed.