Top 10 NSW moments not made by actual New South Welshman

finder.com.au conducted a huge study into the true eligibility of rugby league players for State of Origin and the results were shocking.

However, the true impact of what we uncovered can only be felt when you point out just how these players have impacted on the respective NSW and QLD teams and the Origin legacy.

One of the true greats of the game, Steve Rogers was a star for New South Wales in the pre-Origin years, as were a number of other Queenslanders such as Arthur Beetson. However, when the State of Origin product as we know and love it today came into being, the majority of the Queensland players returned to their home state to play against New South Wales. Not so Queensland born Steve Rogers, whose two-game appearance in the 1982 series remained decidedly blue. Years later, his son Mat would turn out for the Queenslanders. 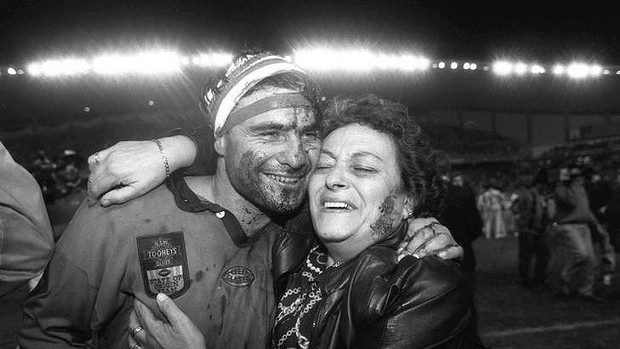 Game 3 in the 1994 series saw two of the greats bow out at the same time. Origin legends Mal Meninga and Ben Elias played their last games for their States, and it was Lebanese import Elias that came out on top. Not only would Elias score two field goals in the come from behind series victory for the Blues, but he would pick up Man of the Match honours. Adding insult to injury, he did it all right there in Mal’s home territory, Lang Park. 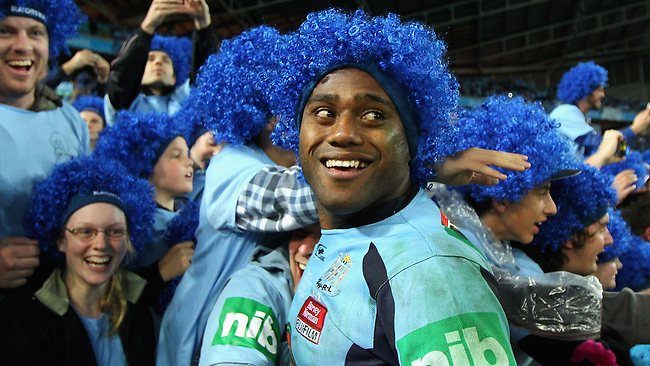 In Game 1 of the 1989 series, winger Chris Johns produced an interesting double whammy for the eligibility statisticians. Not only did the Brisbane Bronco become the first NSW representative to come from a club not situated in NSW, but he was in fact born in Queensland to begin with. Huh?! Johns would go on to play 10 times for NSW, scoring on three occasions, including one in Game II of that same series. 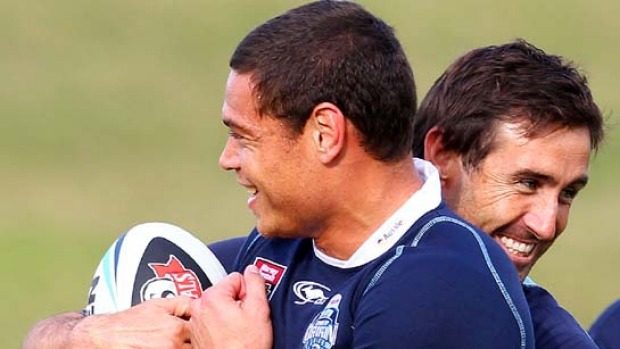 It’s hard to imagine the iconic Peter Sterling in any jersey not doused at least somewhere with blue, but he was in fact born in Toowoomba, Queensland – that’s maroon territory! Sterlo had a huge impact during his 13 games of Origin, securing four Man of the Match performances at a better strike rate than even the great Wally Lewis. He also managed the feat of competing for both the NSW Country and NSW City teams, but that discussion is for another day. 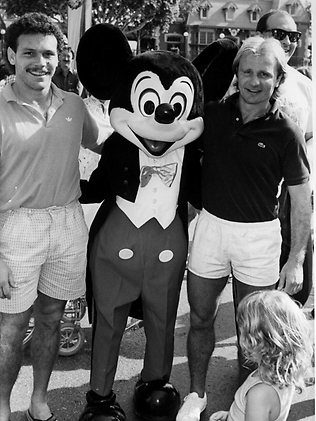 It’s Game III in 1994 and the series is up for grabs. Making his debut at lock is Jason Smith, who would go on to play 16 games for Queensland. He won’t remember his first one fondly, however, compliments of Ian Roberts’ head - a man born in London. A sickening clash between the two saw Jason Smith stretched off with a shattered jaw, and Queensland one man down in a clash they would ultimately lose. 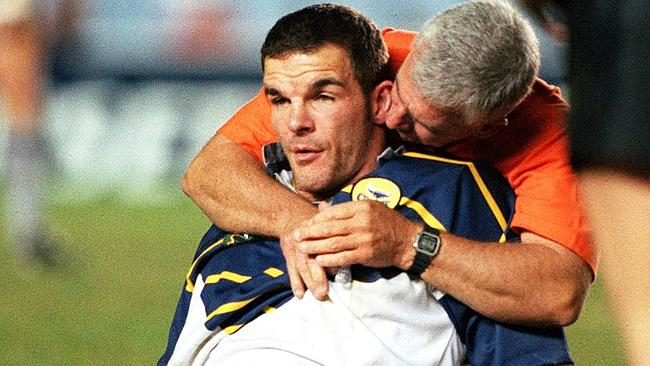 Hailing from Auckland, New Zealand, Willie Mason made the most of his 13 appearances for New South Wales, towering above the rest of the field compliments of the afro that added to his already impressive height. In Game 1 of the 2006 series, Willie terrorised the Queensland pack, picking up the Man of the Match award and providing the score-levelling try that would ultimately allow NSW to win 17-16 compliments of a Brett Finch field goal. 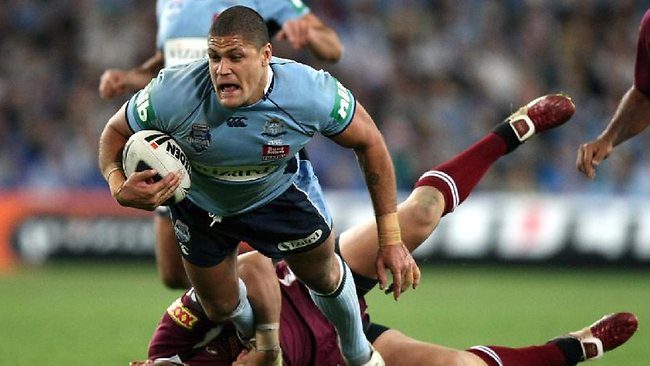 In 2010, deep in the middle of its eight straight series losses to Queensland, NSW turned to try-scoring machine Timana Tahu, who had only just returned to League after a few years in Rugby Union. After a narrow loss in Game 1, the Blues needed everything to go in their favour heading into Game II. Instead, Tahu - who is actually a Victorian - walked out of the camp following a racial slur made by NSW legend and then assistant coach (not to mention old Newcastle teammate) Andrew Johns. QLD would smash the New South Welshman 34-6 and Tahu would never play again. 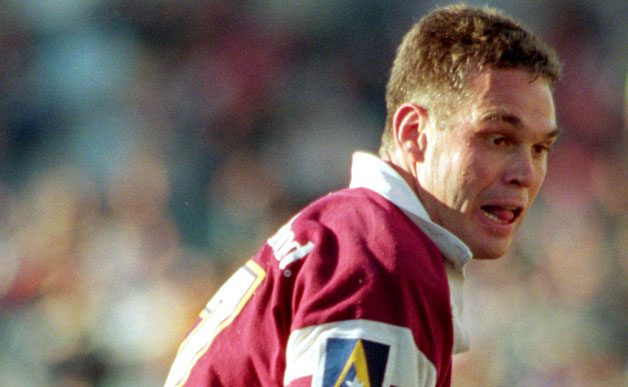 A proud Fijian, Akuila Uate pulled off a miracle for Game II of the 2011 series not just be being eligible in the first place, but by even turning up. After a reckless dangerous throw in a club game between Newcastle and the Wests Tigers a ban looked imminent, before the judiciary was surprisingly lenient on the winger. While this in itself isn’t such a sensation, it was the long-term banning of Queensland big man Dave Taylor at the same time for a similar incident that sparked harsh words across the State’s boundary. Was NSW getting the rub of the green? A victory in Game II, sending the series to a decider, only added to the anguish. 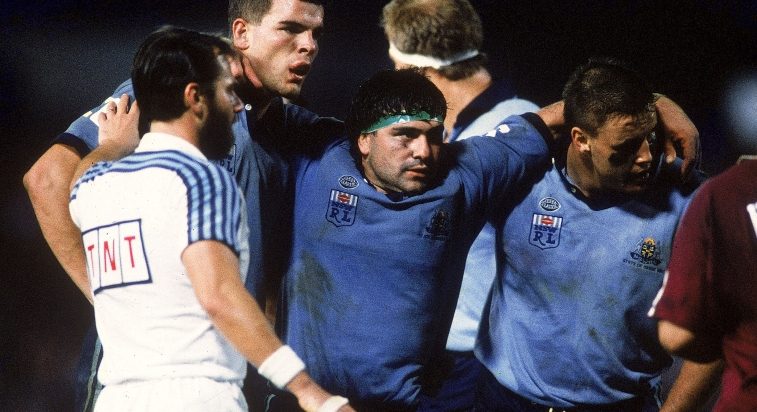 Lebanon’s Ben Elias had a cracker for New South Wales in Game I of the 1992 series, with a Man of the Match performance that helped set up a series victory. He’d spend time in the blood bin on his journey, before getting back on the field to carry the team to the end. The post-game image of mother Barbera trying to stop the spilling blood while her son spoke to the press, remains one of the most iconic in Origin history. It showed a gladiator torn apart by the battle, smiling in victory like a kid in a candy shop while planting a red sloppy kiss on his mum in the process. 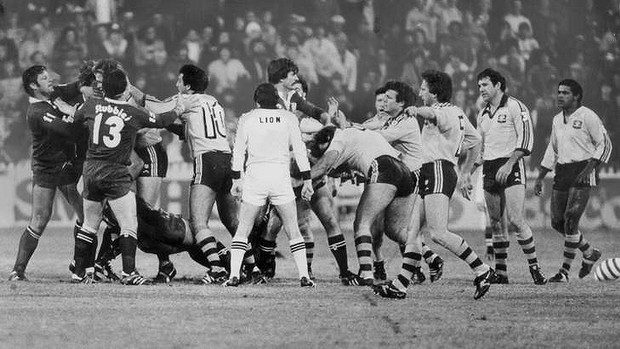 It’s somewhat fitting for a list such as this that New South Wales’ most embarrassing blunder fell to a Queensland born import. Keen to get the blockbuster State of Origin concept some international exposure, a standalone game was held in Long Beach, California, to finalise the 1987 series. A large banner stood at the field entrance and as captain, Peter Sterling was first to run through. Only he didn’t, and the whole concept of a State of Origin held internationally got caught up with the legendary halfback as he struggled to break free. To his credit, Sterling would win Man of the Match honours as he piloted NSW to victory in front of the few thousand rednecks not queuing for another Budweiser. 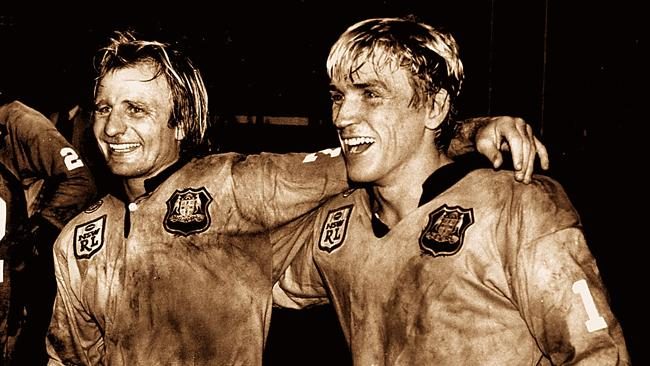